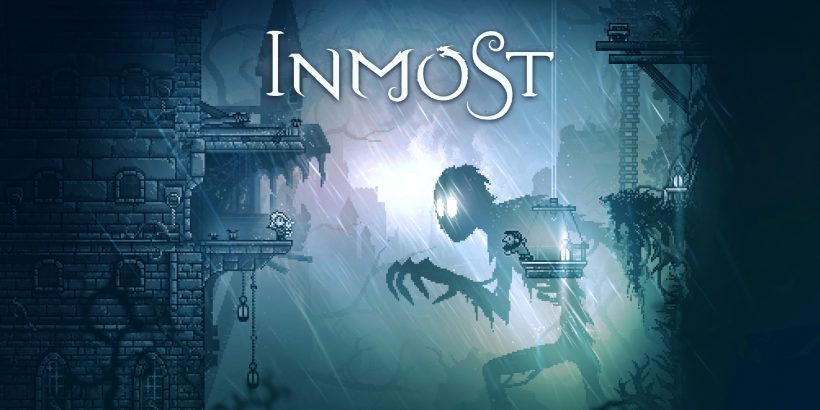 It’s a hell of a time to play a game about mental illness, trauma, and grief. This year has been a tough one and the effects are being felt widely, with increased rates of anxiety and depression across the board. INMOST might have come at both the best and worst time for us collectively, in that it offers the type of emotional catharsis you can only get from an unselfconscious ugly cry, but at the same time it may also be a little too confronting for some.

Starting INMOST, you’re met with a pixelated world awash in grey-blue hues. The character you control moves sluggishly, while a mournful soundtrack and laboured, grating sound effects punctuate your every movement; not even ten minutes into the game, you’ve inadvertently hurt someone with no real way to apologise, which is a surprisingly effective way of foreshadowing that this story is to be a painful one.

INMOST plays out as a story-driven platformer with exploration, puzzles, short cutscenes, and occasional action sequences across a series of disparate chapters. The story is hard to piece together at first thanks to fragmented delivery that is split between multiple different perspectives, but the player’s active engagement with the disjointed structure emphasises the game’s themes of introspection and memory by mirroring the way we might reflect on the circumstances around a past event in order to understand it. The writing is bleak, however; INMOST deals with some incredibly confronting subject matter and discretion is strongly advised when considering the game, particularly if you or someone close to you has struggled with mental illness.

Most of your time in INMOST will be spent in the platforming sections as you control a nameless man through an eldritch environment. There’s a degree of stealth and lateral thinking required to defeat the enemies; you typically must work out how to use enemies’ weaknesses against them rather than relying on more traditional combat. This can be tricky given the character’s laborious movements; there are places where you’ll likely die a couple of times before finding the solution, although a very forgiving save system means you respawn almost exactly where you die which prevents too much repetition. The alternative characters you play do have different capabilities, and although this means you must regularly reacquaint yourself with their different skills, it’s largely not a problem – if anything, the differences help to contribute to each individual’s characterisation.

Aside from a framerate issue which the developers have indicated will be resolved in an upcoming patch, the game runs fairly well. Certain characters can feel hard to control beyond what would be reasonable for their characterisation at times, but given the forgiving save system this is a much lesser annoyance than it otherwise might have been. Perhaps more problematic is the text; the light font can be quite hard to read against the detailed backgrounds and most of the game doesn’t have voice acting to rely on instead.

Nevertheless, the atmosphere of INMOST is remarkably effective. The pixel art is among some of my favourite on the Nintendo Switch, with an incredible use of a limited palette to complement the bleak storytelling, and the sound direction is similarly effective. It’s hard to say that I “enjoyed” the game given how much it made me cry, but if you’re looking for a sad narrative with an incredible atmosphere, it’s definitely worth a look.

Inmost is tragic, gut-wrenching, and absolutely confronting. It’s not for the faint of heart, but if you’re looking for something that will make you cry, you’ve come to the right place.