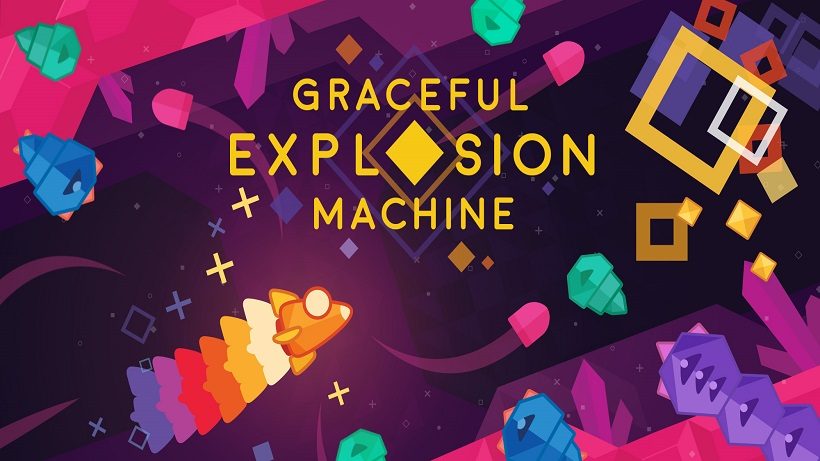 Graceful Explosion Machine is one GEM of a game!

Games nowadays are often crammed so full of things to see and do that a lot of them fall short and end up being a jack of all trades, yet master of none. There are the odd exceptions of course, but most of these tend to underwhelm and fail to deliver on what was expected.

Graceful Explosion Machine, from developer Vertex Pop, is the complete opposite of the above scenario. Instead, it picks one area of focus – and aims to perfect and master its chosen discipline.

This 2D arcade shooter offers simple gameplay mechanics that make it a title that anyone can pick up and play within minutes. Like any great arcade game, the challenge here comes from mastering it and getting yourself further towards the top of the leaderboards.

Each of the game’s main stages share the same premise; you control a spaceship that is flying through what appears to be the planet’s core, fighting off the waves of aliens that attack. Each of these stages have three phases to them, and if you get hit by an alien ship or projectile three times you will lose a life – sending you back to the start of the current phase.

To prevent this from happening, your ship is kitted out with four different weapons, and each one is mapped to a face button. There is a Blaster that provides a short-mid range attack which is great against smaller enemies, but not as effective against some of the larger foes you will face. You’ll have access to an Energy Sword that delivers a powerful 360-degree attack – which makes short work of most of the alien ships, and also destroys any incoming bullets before they can deal damage. There is also a long-range Sniper Beam that is great against some of the larger, more static enemies with shields that need destroying – but also slows your ship down to a snails pace. Finally, there are burst-fire missiles that can be used to get you out of sticky situations; like if you find yourself surrounded.

It pays to switch between these four weapons, as not only does mixing things up improve the style score that then boosts your final score, but your blaster will overheat if used continuously. As for the other three weapons, they all share an energy bar that is refilled with pickups from the enemies you destroy. There are plenty of reasons not to stick with one tactic, and running out of uses is definitely one of them.

In regards to your ship’s abilities, you can rotate your craft 180 degrees using either of the left triggers, and also perform a dash to either get you closer to the action (or away from it if it gets to be too much) using either of the right triggers. This is important because if you stop shooting for too long – or get hit by an enemy – your score multiplier will reset, which is not a good thing if you are chasing the S-Ranks for each stage! 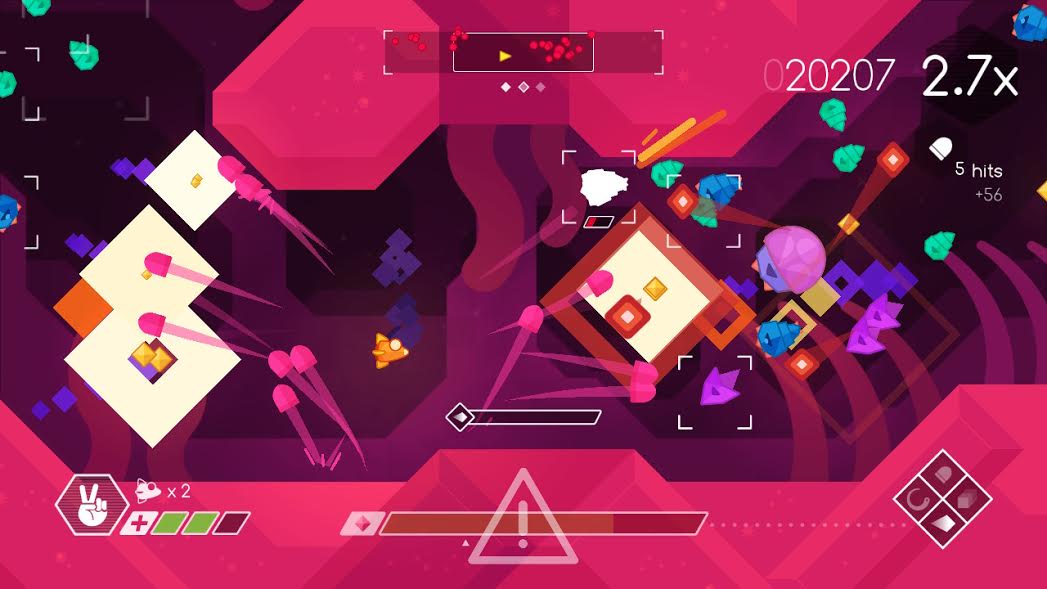 Once you’ve gotten the hang of how to play Graceful Explosion Machine, you will soon be racking up the high scores – and going back to previous levels and improving upon what you have already achieved is something that you can waste hours on. The leaderboards will do well to spur you on in this pursuit, and you can even filter and see your friends scores for ultimate bragging rights! The only downside to all of this is that the only way to submit your score to the online leaderboards is to hit the submit button immediately after completing a level – so if you are out and about with your Switch and you pull off an amazing run, you’re probably going to be out of luck if you want to see your name pushing for that number one spot.

Looking to the stages, there are four planets to play through – with one open from the start and the other three requiring you to beat a certain amount of stages to unlock. Each planet plays host to nine stages, and you need to beat the earlier stages in order to unlock the later ones. Do not worry if you get stuck on one level however, as stages normally unlock two at a time. You can always leave whichever one is causing you bother for now, and simply return to it at a later time.

Once you beat all the stages in any of the four worlds you will unlock that world’s challenge mode levels, which can be accessed from the main menu. They add a harder version of that world’s final level, as well as an endless mode that gives you one-life to see how far you can go and how high of a score you can rack up. Again, those leaderboards will surely be what keeps you coming back to these modes time and time again.

Graceful Explosion Machine‘s sounds, visuals, and great use of HD Rumble contribute towards a wonderful atmosphere, and also do well to keep you sutured into the game – helping you remain focused when chasing the big scores. Each weapon produces a different vibration from the Joy-Con, and each world and enemy has a distinguishable, clean colour palette which helps you differentiate the alien enemies with no more than a glance. This means you will soon be able to pick which weapon you use based on the colours you see coming towards you. As for the sounds you hear whilst playing the game, they provide helpful cues as to when your weapon is overheating, or you are running low on energy. They also denote when you have hit the next major multiplier milestone however – meaning you can keep your eye on the action rather than looking at the HUD (which is a shame as the game’s HUD is perfect; crisp, clear, and highly informative).

Like any good arcade game worth its salt, Graceful Explosion Machine can take a short time to beat, but a long time to master. If you are just wanting to play through it once and then move onto something else, then maybe this will not be a game for you – but if you are looking for something you can pick up and play in short bursts, or spend hours chasing the perfect run with, then I cannot recommend this game enough!

Graceful Explosion Machine is arguably the go-to arcade game that every Switch owner should definitely consider buying. It mixes pleasing visuals with great gameplay to make it one of the best arcade shooters I’ve played. You can beat the four worlds in around four hours, but you will find yourself playing these over and over again as you chase down those high scores!