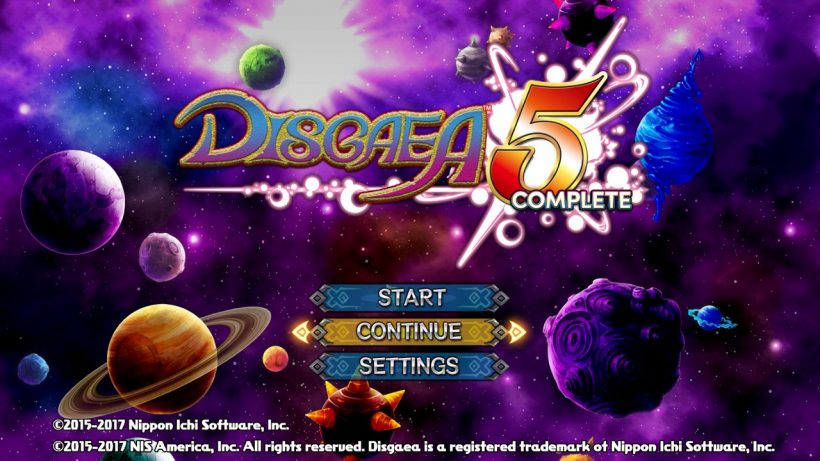 The complete RPG for your Switch?

When I loaded up Disgaea 5: Complete on my Switch for the first time, I had no idea what to expect. Despite its popularity, this would be my first Disgaea experience on any console. Within the first ten minutes, I’d already felt like I had been missing out by not playing any previous entries into the series!

In a nutshell, the premise of Disgaea 5: Complete is fairly straightforward; build up your squad and take them into an isometric battlefield using turn-based moves and combos to deal millions and millions and millions of damage. In addition to normal attacks and combos, each member of your squad will have a special attack which can be unleashed in the middle of a battle once it has been fully charged. Battles always feel fresh. Rarely can you use the same approach to the next battle as you did for the previous.

Get a better squad, get better gear and do it all again in a different isometric battlefield. As you get deeper into the game, things get harder. Much harder. Fans of the Fire Emblem series will feel right at home here and it certainly goes a long way to pass the time until the latest Fire Emblem game releases on Switch at some point in the hopefully not too distant future. 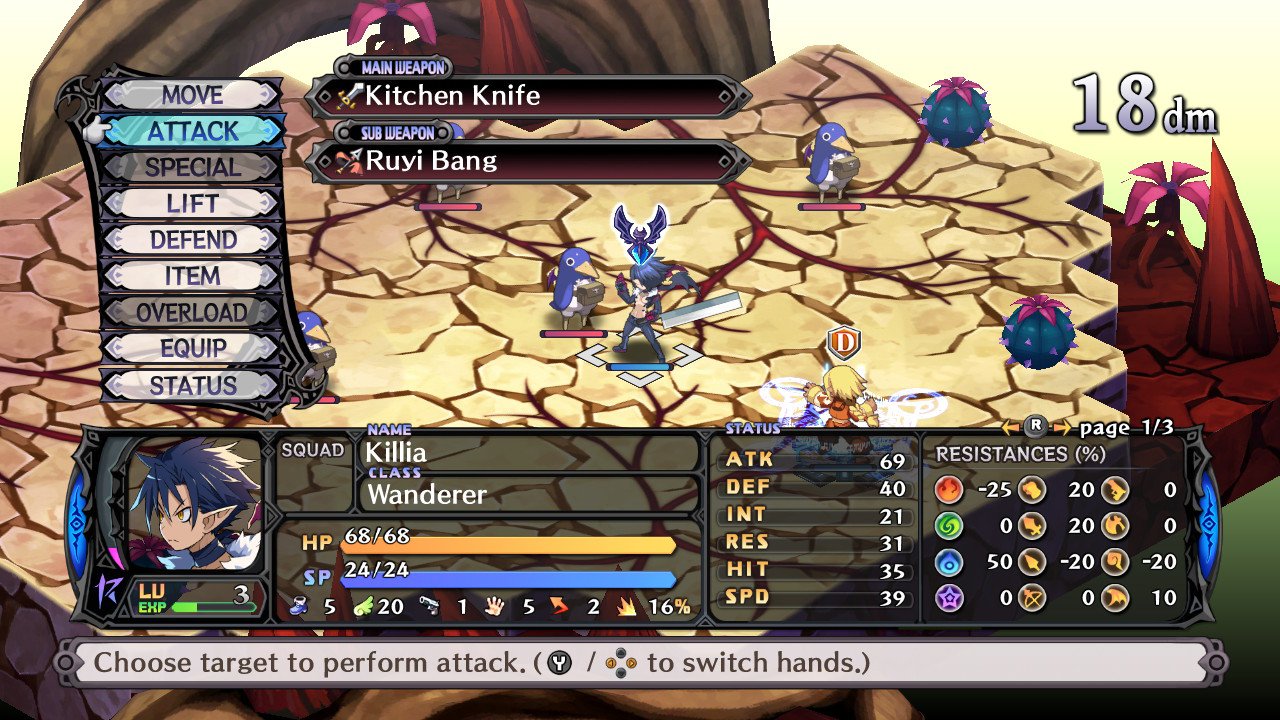 The plot that underpins the combat is lengthy, at times complex, and thoroughly enjoyable to experience. Story events often occur via flashbacks as we follow the path of a new character to the series; Killia, one of the strongest demons in the Netherworld. As you progress through the game, Killia must team-up with many different Overlords in an attempt to dethrone Void Dark. Each Overlord that joins the squad will have their own unique personality and dialogue explaining why they seek revenge on Void Dark and how they interact with our hero and the rest of the squad is often hilarious. The story-writing is phenomenal at times and it is quite frankly amazing how Nippon Ichi were able to come up with such rich and colourful personas given the sheer volume of characters available.

Controlling Killia and company is as simple as it should be, and once you’ve learned the nuances of combat – which, especially for new players to the series like me, can take some time – muscle memory kicks in and Complete is a joy to play – even more so on the go. In my opinion, this is the perfect type of RPG to have on a handheld with no twitch movements required and simple controls to pull-off complex and rewarding combat combos. This is tactical RPG gaming at its finest. Whilst at its heart the Complete version on Switch is pretty much just a port of the 2015 PlayStation 4 release including all of the previous premium DLC, the biggest addition to the series is perhaps the Switch’s portability itself. 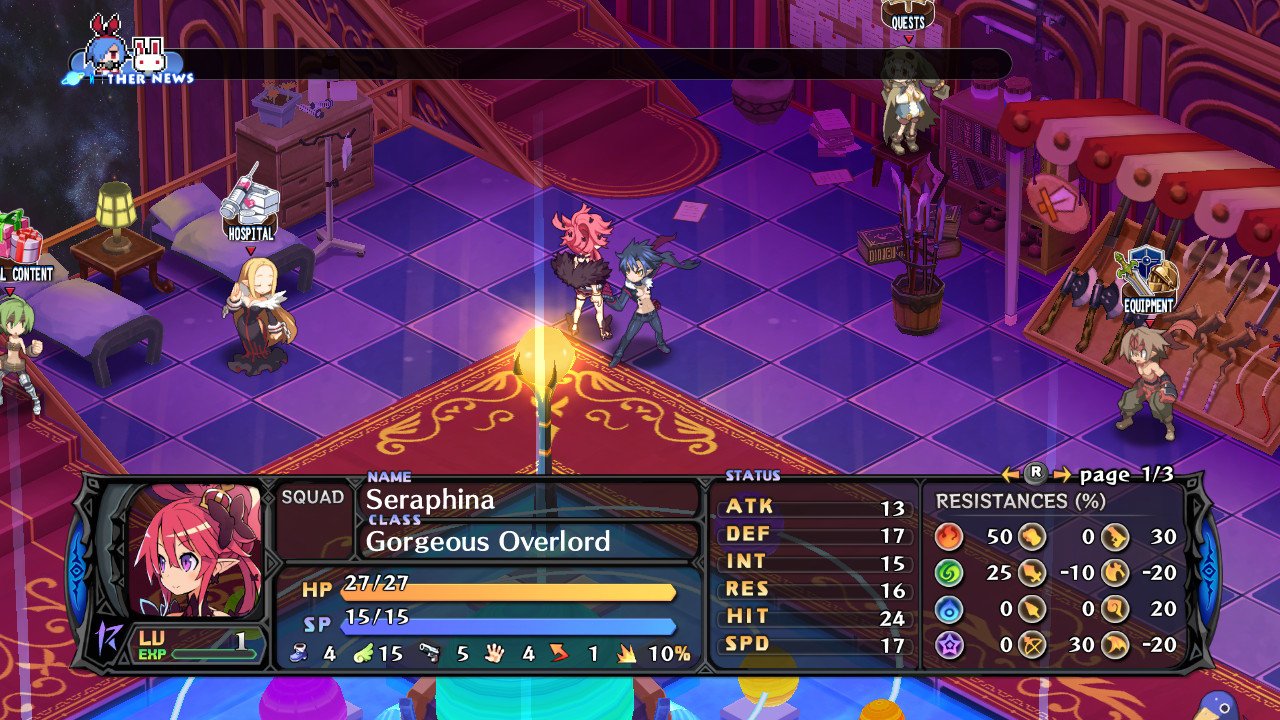 Visually, Disgaea 5: Complete looks fantastic. Beautifully hand-drawn, crisp, vibrant characters are each oozing with personality before they even utter a word. Simplicity is key here and whilst animations are often non-existent, the whole game feels like a living and breathing comic. I’m happy to report that it looks just as good in handheld mode as it does when docked, which is great for a game that you most likely will pop into the dock to continue playing on your TV as soon as you get in from that daily commute.

Disgaea 5: Complete’s biggest drawback is arguably its biggest appeal to some; its length. If you’re looking for a game that you can pick up and play in very short bursts then you’ll be disappointed. Complete is game that gives back what you put in and it’s going to require a significant investment of your time. When I set out to write this review, I ended up a few weeks later than I (and to his dismay, my editor!) had planned because there was just more and more to play and discover! If you’re exhausted after 150 hours of Breath of the Wild and want more of a casual gaming relationship next, maybe look elsewhere!

Normally I’m not a huge fan of porting two year old games onto new platforms as I’m always on the look out for the next greatest thing – but it would have been a real shame if Disgaea 5: Complete had never made it onto the Switch. There are enough downloadable extras bundled with Complete that justify the purchase and many will value the opportunity to play on the move above all else. As a newcomer to the Disgaea universe, I personally had no problem introducing myself to the characters and their relationships with each other as the writing is such a joy to behold and certainly didn’t feel like I was joining a series late. I’ve heard people describe Disgaea as a “soap opera” previously and I now understand why – a true testament to writing a believable relationship dynamic between characters.

Disgaea 5: Complete was like finding a hidden gem for me personally and even if you’re not normally a fan of tactical RPG’s, I highly recommend that you give it a try. Beautifully simple yet complex over time, Complete is a game worth owning.