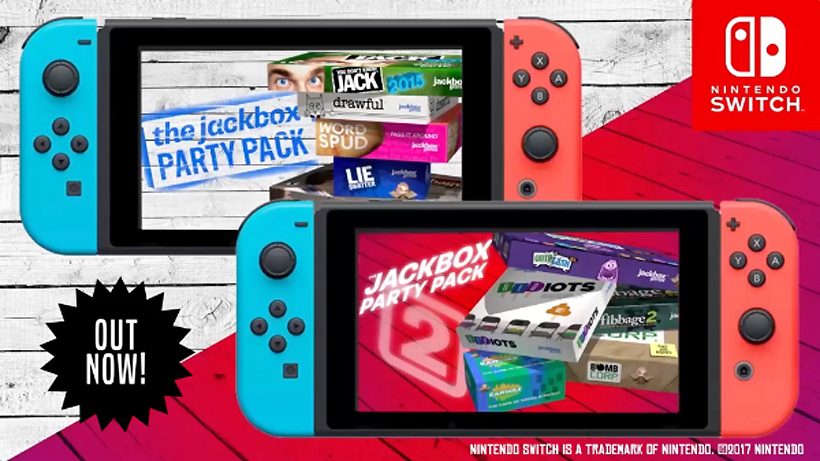 Jackbox Games have released Jackbox Party Pack 1 & 2 on Nintendo Switch, and have set up a tasty new discount for those looking to get ’em all.

Need some motivation? Here are the release trailers for these two new additions;

The deal – as well as both games – are live on the North American eShop now, while the games are available in Europe but not the discount (yet). Word is it’ll be up sometime this week, so keep an eye out!

In the meantime, you might as well grab one of them if you haven’t already; you’ll need at least one of the three released Party Pack titles to trigger the 20% off on the others!