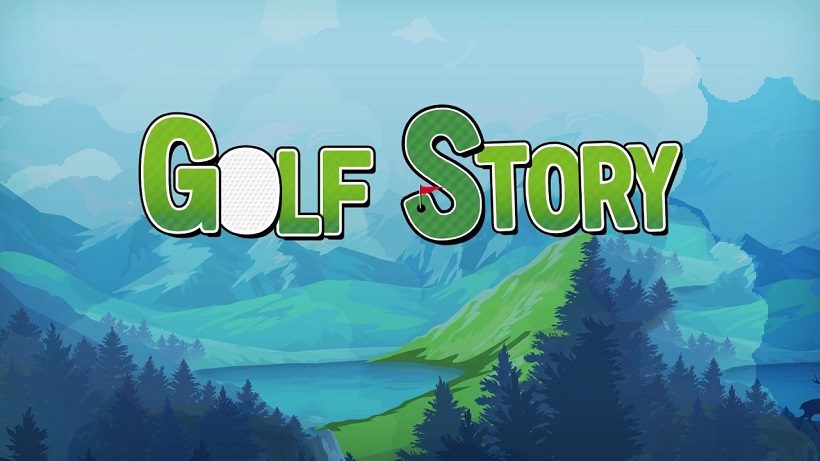 The best sports game so far launched on the Nintendo Switch during the last week of September – which is no mean feat considering that FIFA 18 also released in the same week!

Golf Story begins with a flashback of you and your father playing golf. Here you learn the basic controls and also begin to believe that you will someday be a big-shot on the golf scene. Once the tutorial is over, the game flashes forward a few decades and you learn that all did not work out as imagined and your character, fed up with being an unsuccessful adult, decides to take another stab at becoming a legend of the Links. So, you leave your house and set off on your journey; exploring the surrounding golf courses, meeting the colourful characters, playing some golf and learning new skills.

The golf mechanics in Golf Story will be instantly familiar to anyone who has played Mario Golf (or a few other arcadey golf titles for that matter). Taking a shot is as straightforward as tapping the A button three times. Once to start filling the power meter, a second time when you have reached the desired shot power, and a third and final time to nail the accuracy and send your shot (hopefully) somewhere towards the flag. HD Rumble is used to a good effect when teeing up your shot, and a satisfying rumble can be felt when sinking your shot. There is also a slight rumble that can be felt when you are in conversation that goes nicely with the varying sizes of speech bubbles that pop up to convey the tone of your words and thoughts.

As you make your way through the eight different courses that the game has to offer, you will meet some fantastic characters who are in need of your help. They will ask you to lend a hand with a certain task or challenge you to perform a specific type of shot. All of these optional interactions and quests serve as a way to deliver additional tutorials to the player – helping you to learn new ways to play that will be beneficial to you when it comes to taking on the 9-hole round of golf that acts as an end-of-area boss battle of sorts. Eventually, you’ll be adding backspin and curve to shots like the pro you always wanted to be – and you’ll be having a great time while doing it. Both the main and side-stories are full of humour and a little bonkers and will surely bring a smile to your face during play.

Completing the various missions on offer will see you rewarded with both cash and XP,  with XP allowing you to upgrade stats such as power, strike accuracy and spin. It is nice to see these actually make a difference as you play – there were one or two side quests that I struggled with in the later game but once I’d levelled up a little I went back and cleared these with no problems due to my character being that little bit better with his ball control.

One thing that these skill points won’t be able to help is your aiming ability, and Golf Story‘s courses feature both traditional and not-so-traditional hazards that you will want to avoid on your way to the pin. Not only will you have to try and avoid bunkers and water hazards, but the courses in Golf Story feature hazards such as molerats, birds and crocodiles that will snatch your ball and kindly relocate it into a tricky spot for you – so you need to get your accuracy down to a tee if you want to be getting birdies and eagles! There are also small hidden distractions throughout the game that you will want to find, with a particular highlight at the start of the game rewarding you by unlocking an indoor mini-golf course for you to play on.

Aside from the main story, there is also a Quick Play mode that allows you and a friend to play 9-holes in any of the courses you have unlocked in the main game. This was a nice, unexpected addition – and certainly adds a little longevity to the game. I probably wouldn’t have returned to the game for some time once I’d beaten it, but with the inclusion of this mode I can see myself playing this with friends quite often.

There is so much to see and do during the 15-20 hours it will take you to see Golf Story through to its conclusion, and although a few of the jokes did wear a little thin come the end of play I could have carried on playing for much longer. I enjoyed looking forward to seeing what course I would be playing on next and finding out what bonkers quest I would be asked to carry out. The fact that the 16-bit pixel style world is a delight to look at certainly lends itself to the whole feel of Golf Story, there is nothing about this package from Sidebar Games that feels sub-par!

Sidebar Games have made a great take on the arcade golf game and added a story and RPG elements with great success! Golf Story is the best sports game on the Nintendo Switch, and arguably one of the best games available right now on the system. Whether you are a fan of golf or not, you need this game on your system!