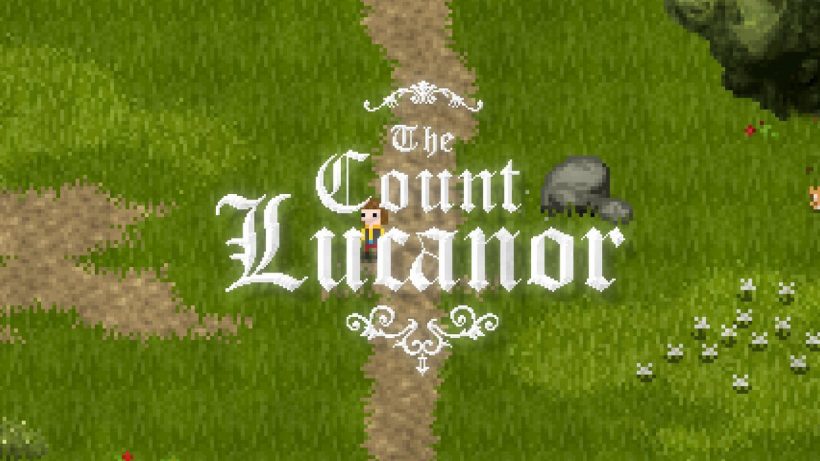 With so many titles hitting the Switch’s eShop around Halloween, it can be really difficult for any game to stand out. The Count Lucanor, fortunately, has managed it.

The game combines exploration with stealth and puzzle-solving. What is nice is that each room of the castle has a unique puzzle. Some will have you working out an order to pull a set of levers in order to make a door open to a chest; others have you lighting flames across the room to bring in light and also reveal deathly spikes and enemies which are impossible to see when you first enter.

Without giving away too much of the plot, after setting off on your adventure from your mother’s house (our protagonist, Hans, falls out with his mother after she fails to buy get him anything for his birthday), you’ll soon see things taking a grisly turn, up until you eventually arrive in the castle home of the mysterious Count Lucanor.

Filled with shock and awe moments, from asking a headless farmer to set his devil goats on other NPCs, to seeing a one-peaceful field of farm animals mutate into death-crazed freaks overnight, this is a prime game for the Halloween market.

Along the way you’ll meet a host of borderline-psychotic characters, including an unnamed phantom who sets you your main challenge – solve puzzles all around the castle to reveal chests which contain a letter of his name, and eventually rearrange them in his room to come up with a solution that will open the final door to reveal the path to the Count himself. The characters are memorable and each have their own personality – one or two will be prepared to help you, while others will look to take vengeance against you if you choose to wrong them earlier on.

There are four possible endings, each with their own grim and ghoulish elements. You’ll have a very short window to head to some of the NPCs and provide them with specific items which will allow them to make your quest slightly easier for you. For example, you can access keys to extra rooms in the castle which will get you to otherwise-inaccessible items in the game, as well as unlocking bits of storyline which you might miss on some playthroughs. Look at it as a sort of Decide Your Destiny book – the decisions you make along the way will decide the story you see. Things can become easier and conversely harder all as a result of your own doing.

The length of the game isn’t huge, so it would be fair to describe it almost like a sadistic Halloween bedtime story. You could quite possibly play through the whole thing in one evening, but that doesn’t affect the enjoyment one bit. One thing that has to be said for it, though – when playing through it for the first time, and breaking it up into short play bursts every day, it’s a game that really retains your attention, and has you eager to dive back into it.

Sound is something the game does really, really well. Plug in some earphones (the best way to play any horror title on the Switch) works magic. The whirring of the wind both out in the field and with the castle builds a wonderful atmosphere, heightened by the fact that the entire castle is nearly pitch-black unless you get a candle out. You can get spare candles which you can leave to illuminate corridors in the castle, particularly handy later on when enemies patrol them. Other key items can be moved between rooms to solve puzzles – for instance, a ladder will come in handy in one room where you need to get to higher ground.

For what it’s worth, The Count Lucanor is a great All Hallow’s Tale and is right at home on Switch. An engaging story and interesting subplots, a level of suspense consistently maintained throughout the storytelling and some enjoyable puzzling all factor in for a bundle of fun.

The Count Lucanor is definitely worth a place in your Switch eShop library. Comprising a castle of a range of different puzzle challenges in each room, it’s like a scarier version of the Crystal Maze. Well-written storytelling also helps its case, and while it may not be long, it certainly is memorable.