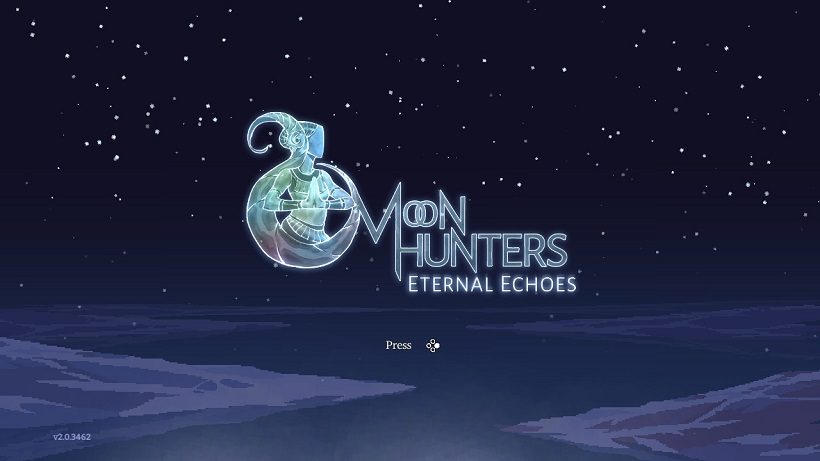 Reach for the moon and fall short.

Moon Hunters describes itself as a “personality test RPG”, a bold claim, but not unachievable. Unfortunately, the extent to which the game is altered by your playstyle is minimal and underwhelming.

The optimal way to play Moon Hunters is in a party, as the game supports up to four players locally. The intended premise is something resembling a tabletop adventure, where each player is a different class – resulting in a cohesive team unit – and the actions of the players dictate how the story unfolds. Each playthrough – which lasts no longer than an hour – will, therefore, be different to the one that came before.

The overarching story starts the same for each playthrough with a feast celebrating the moonrise – a custom for worshippers of the Moon Goddess – only to discover that on this occasion the feast has failed, and the moon has not risen. It is up to you (and your team if playing co-op) to visit the other villages to try and learn why. This also happens to coincide with the rise of the ever-growing Sun Cult and their leader King Mardokh who will declare war within five in-game days. 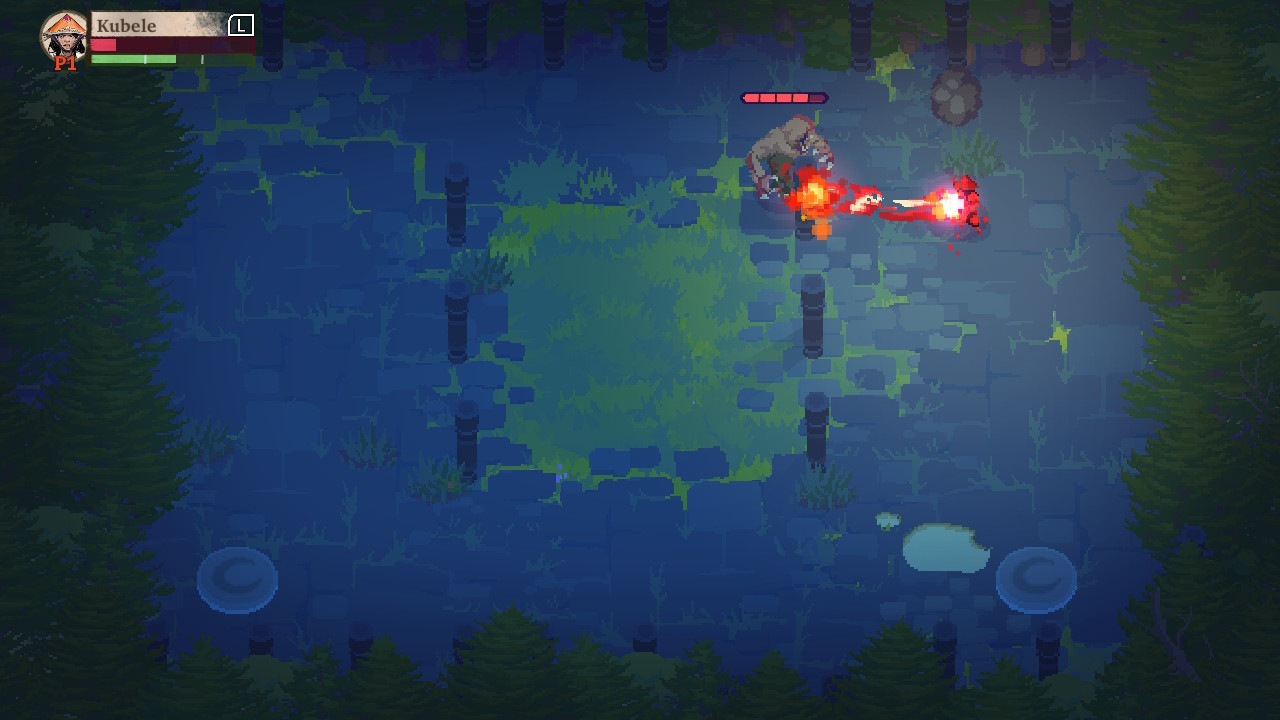 What separates each playthrough the most is the different character classes that can be chosen from, each with different load-out and play style. You are able to choose which village your character comes from which dictates where in the world you start the game and subsequently the surrounding areas you will likely visit during your quest. Some classes are better suited than others depending on whether playing solo, two player, or part of a full team. Combat performs well, but often it is better not to take risks, as death will waste any meaningful progress made, resulting in a weaker character. If you find yourself in this situation, then the end of the playthrough is either going to be a drawn-out slog or a very quick takedown. 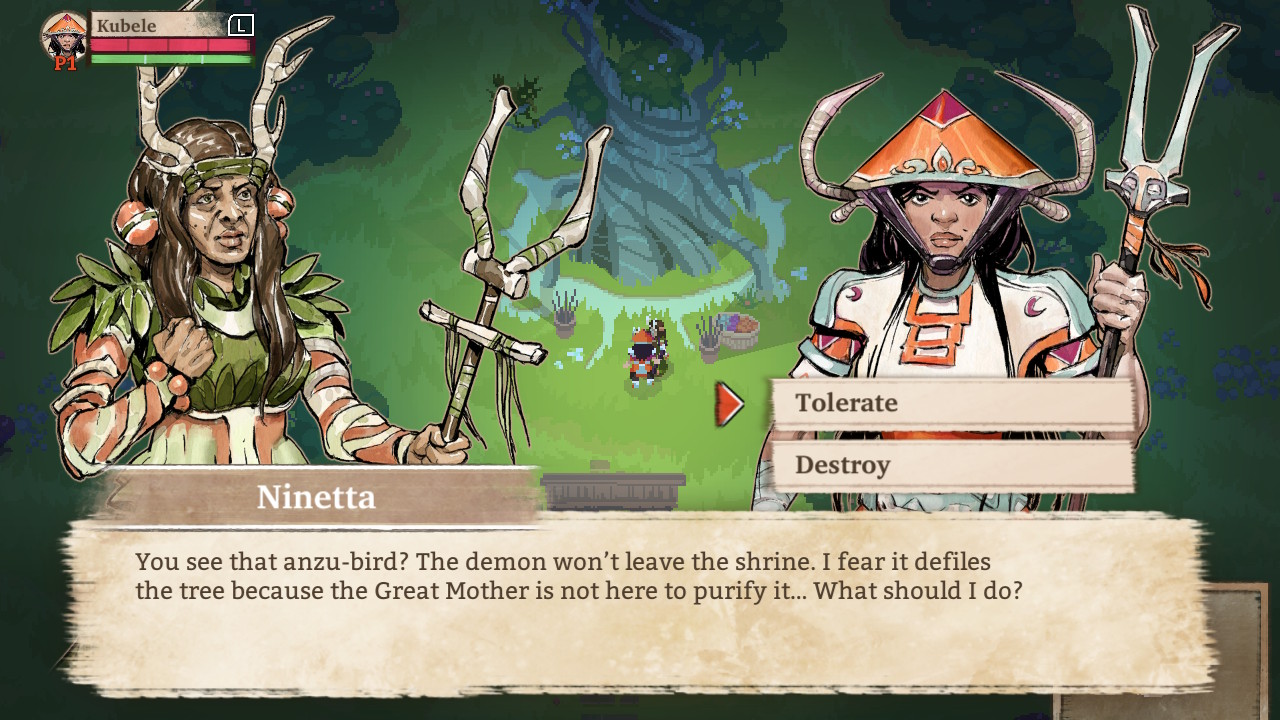 There are interactions with NPCs, mostly in villages and sometimes in the wild, but for a “personality test RPG” the ramifications of dealing with these people is disappointing. Your character’s traits will change as a result, such as becoming more patient, bold, or foolish, but the impact on the world is minimal. Though there are times where an NPC – often a magical animal of some sort – will give you a choice, you’ll either be rewarded or punished. The punishment can see your character’s attributes greatly diminished, significantly reducing your chances of success against the boss at the end.

Each playthrough ends with a fight against Sun Cult Leader King Mardokh, making good on his promise of action. The main problem with this though is that it still feels too sudden, what’s more, he has an over exaggerated idea of your “exploits” when seemingly you haven’t achieved anything of note. Plus, during the playthrough the game fails to explain why the Sun Cult is so bad, it’s only later that you learn their goal is to eradicate all worshippers of the Moon Goddess. 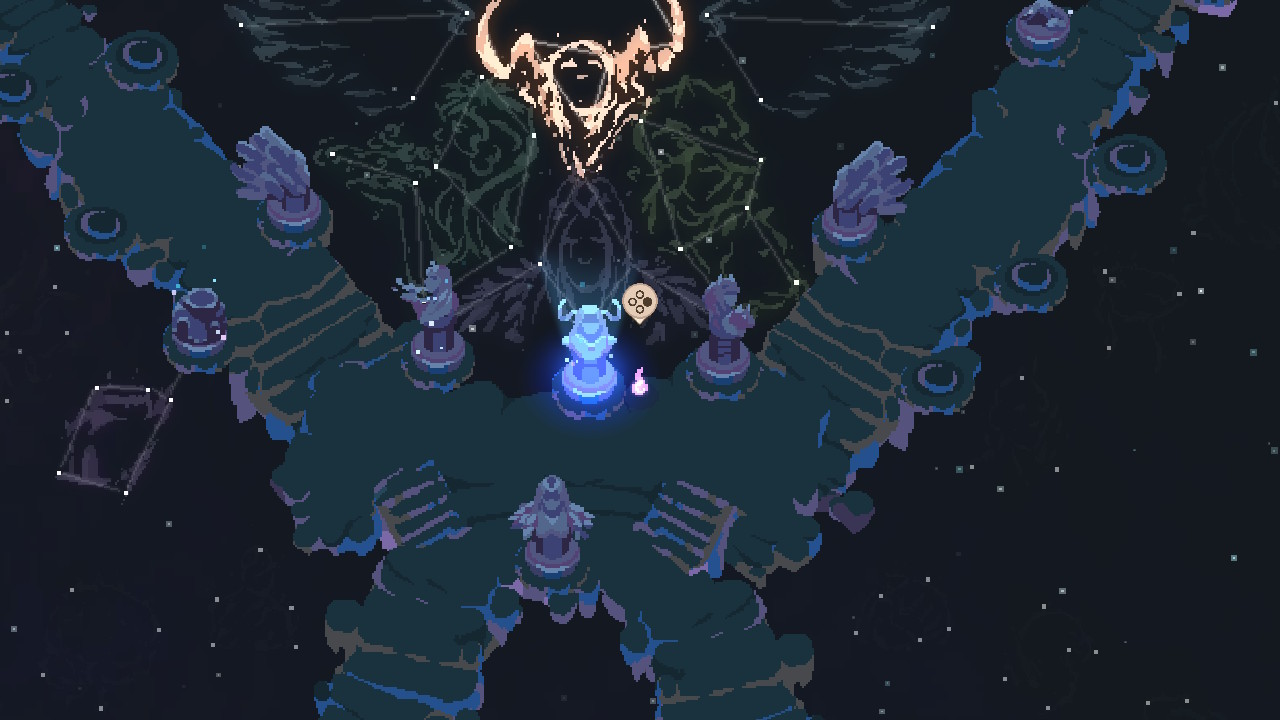 Whether or not you succeed is almost irrelevant as the game will provide you with an ending regardless. Finishing a playthrough is when the most interesting aspect of the game presents itself, as new starting locations are unlocked, as well as additional character classes to choose from. You also have access to an overview of your previous playthroughs, as past characters become constellations where you can read a short bio about their experience. It’s a novel visual touch that gives a forgettable quest some gravitas.

Moon Hunters is more than the retro-styled action game that screenshots would lead you to believe, but it is also less than the “personality test RPG” that it sets out to be. A fun evening with friends could be had, but don’t expect to find a lasting experience.