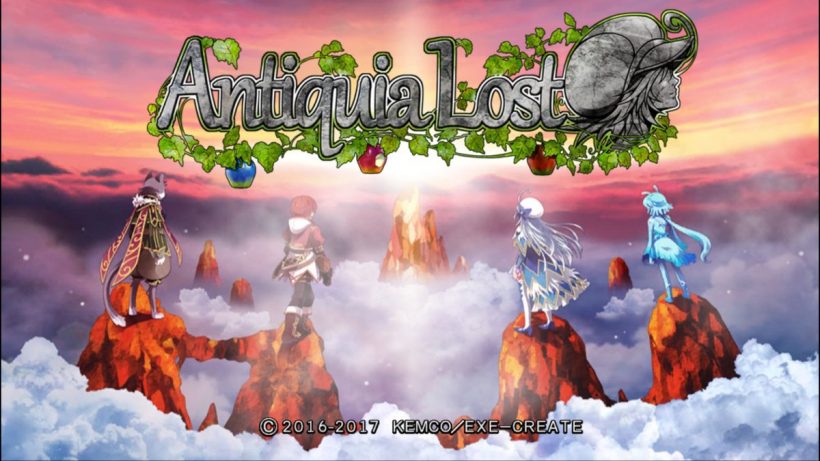 A priceless RPG antique or lost in the shuffle?

You can never have too many RPGs in a console line-up, and Antiquia Lost is one of the Switch’s latest.

Your main two characters are Bine, a helpful babyface boy with a thirst for adventure, and Lunaria, who is of the Ruta tribe and is struggling to come to terms with a tragedy involving her mother. Alongside the Eeth and Fai tribes, these groups make up the world of Edelstein, once the site of war between the three, but a place of piece by the time we pick up the story.

What is lovely about it is the feel. It does feel like a mish-mash of the sentimental RPGs you were fond of from the SNES era, and blends that with a quite engrossing fairytale feeling. The music really helps with this, though like many RPGs, the entertainment here is very story-driven. You’ll be hunting out NPCs to pick up side-quests and to get pointers towards where you should be going, though keeping up to date with the task at hand isn’t as taxing here as it has been in many other games.

Moving about is done through an overworld map, though it doesn’t stretch particularly far, and in the most instance you will enter a cave or forested area and come out the other side to generate more of it. You can have a set number of characters in your party, and you can switch each of them to the front to allow you to use their special ability when moving around. Special abilities can include fitting into tight gaps; cycle through your characters to use their abilities.

Onto the meat and potatoes of the game then, and the turn-based battling all comes across as rather easy, even if the game doesn’t spend enough time talking you through exactly what you’re doing. If you’re an RPG nut you’ll be able to pick things up rather easily, of course, but your regular gamer is presented with a number of symbols which aren’t clearly differentiated enough for you to know exactly what you’re doing. It’s possible to win many of the battles by simply repeatedly hitting the A button, once to decide to attack and then to select the enemy you want to direct your fury on.

Something nice though, for someone who perhaps wants to stick to the story more than focus too hard on the battling tactical know-how, is an automatic button which sends the game through the battles by itself. RPG purists won’t ever tough it, but there are people out there who are intimidated by battle systems offered in game series they aren’t familiar with – Xenoblade Chronicles is one that comes to mind. If anything, at least nobody’s going to be totally alienated. You’ll know you’re on course by a message which pops up a LOT; telling you that you’re heading “onto the next part of the story”. It’s accompanied by a rather over-elaborate success celebration musical chime.

At £11.69, Antiquia Lost is a nice little RPG which certainly won’t break the bank. But it isn’t one which has missed the opportunities offered by microtransactions, as you can pick up all sorts of stats perks and game aids including no battle encounters for a little extra charge. While the story is jolly enough, there’s perhaps not enough new here to make it unmissable.

It’s not treading any new ground, but Antiquia Lost does have a nice story to follow through. RPG hardcore fans will perhaps want to look elsewhere for something more meaty, but at just over a tenner, it’s not one which will break the bank if you want to give it a try.