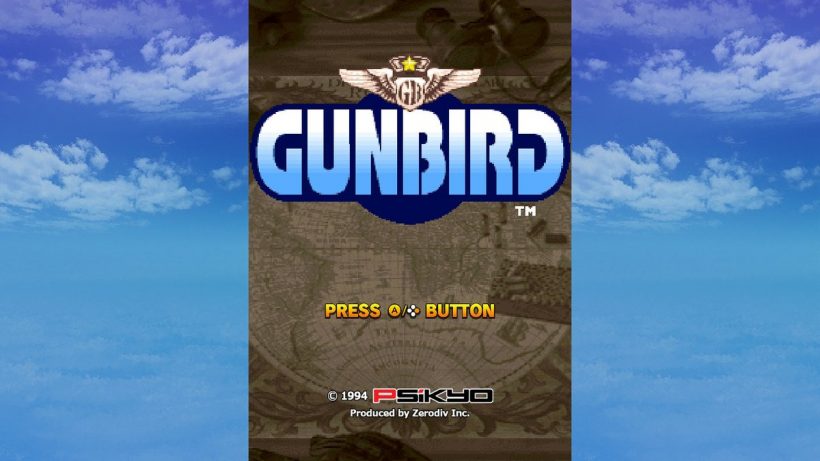 Originally released in Japanese arcades back in 1994, Gunbird is a vertically scrolling shoot-em-up developed by Psikyo. It was later released under the title Mobile Light Force, removing much of the original’s key designs and plot elements. Needless to say, this decision didn’t sit particularly well with fans of the original. Thankfully, the newly released Switch port is the original Gunbird in all its glory, retaining the same characters and high intensity gameplay that both veterans and newcomers will relish.

The game’s story is relatively barebones, but you control one of five characters – Marion, Ash, Valnus, Tetsu and Yuan Nang – battling against an evil organisation known as ‘The Trump’ (which, I think we can all agree, is a wonderful name). The characters are lovingly brought to life with high quality manga illustrations during brief cutscenes, though their overall impact on the gameplay is minimal. In fact, whilst each character has their own unique weapon, there’s little to differentiate them from one another bar some minor visual flourishes – there are no distinct advantages to speak of, and whoever you choose as your character will likely just come down to personal preference. 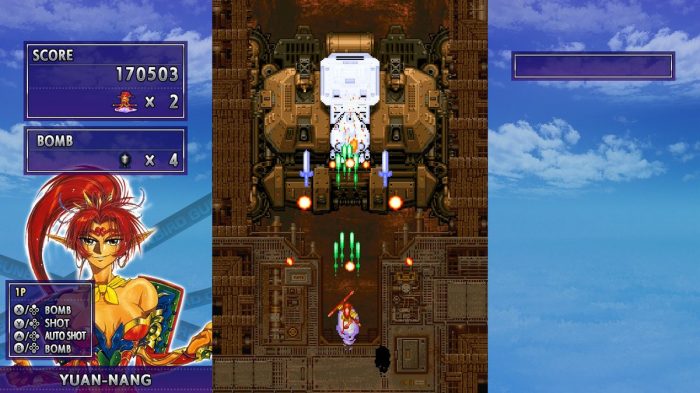 The gameplay itself is fairly self-explanatory for fans of ‘shmup’ games such as R-Type, Gradius and Ikaruga – you control your chosen character on a vertically scrolling plain, fighting off various enemies as they appear throughout the levels, eventually ending with a large, intimidating boss battle. You have a basic automatic weapon for general usage, plus a special bomb attack for when you find yourself in a tight spot. Picking up power-ups will provide upgrades to your weapon, allowing you to cover a larger area or increasing the rate of fire, and should you die at any point, your weapon will revert back to its most basic form.

There’s nothing particularly unique about Gunbird – you won’t find any of the gameplay quirks you might find in something like Ikaruga – but what it does, it does very well. The characters control with pinpoint precision, which is good because bullets will often come at you thick and fast. Make no mistake, Gunbird is a difficult game, but almost every kind of gamer will be catered to thanks to a wide range of difficulty options (and if you’re really struggling, you can simply pause the game and increase your lives to anything up to ‘unlimited’). Interestingly enough, you can also change the orientation of the display at any point, so if you want to play holding the Switch console vertically, you can. 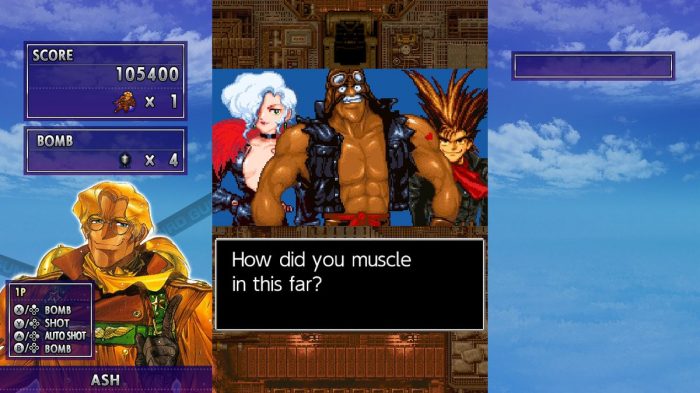 Visually, Gunbird is nothing spectacular compared to more recent titles, which is understandable since it’s a straight port of a game from 1994. Nevertheless, it’s colourful, and it’s reasonably detailed – some of the boss characters in particular look remarkable, filling the screen with moving mechanical parts, every one of them shooting out a plethora of bullets. It does a serviceable job, but a game like this will always be about the gameplay, nothing more.

With so many quality shoot-em-up titles gracing the Switch in recent months, whether or not you purchase Gunbird will come down to your overall interest in the genre itself. There are better examples available, but Gunbird is nevertheless a strong addition, displaying sharp gameplay mechanics, charming pixelated graphics and a generous willingness to accommodate gamers of all abilities.

Gunbird is a faithful port of a solid 90s shoot-em-up. Its fantastic range of difficulty levels means that most gamers will be suitably catered for, but there are undoubtedly stronger examples of the genre currently available on Switch.