I’m in the mood for dancing, romancing.

Originally releasing in Japan back in 1993 as a Super Famicom title, Romancing Saga 2 has finally made its way west with updated graphics and fully translated into the English language, but after 24 years, was the wait worth it?

The story of Romancing Saga 2 is very lacklustre and doesn’t really ever seem to go anywhere. There’s mention of 7 heroes (who actually turn out to be the villains of the game) who appear every 1000 years and bring wrath and destruction upon the world, and your task is to destroy them before they defeat you and conquer the world. 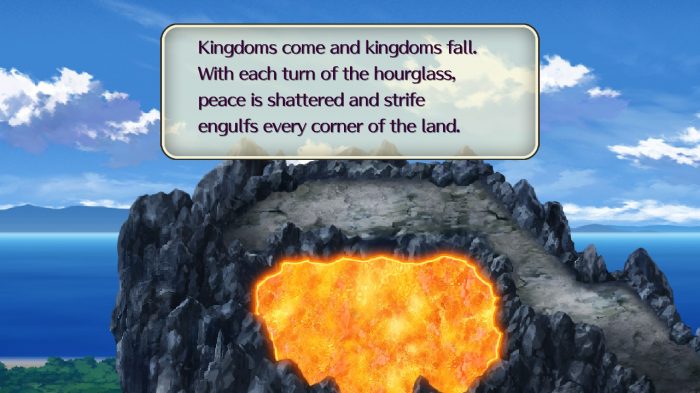 Players take the role of the King of Avalon, who finds his kingdom under attack. Together with his band of followers and disciples he ventures out to defeat the evil and restore peace to the kingdom. In a battle in the town of Somon, King Leon is defeated and passes the throne to his son Gerard – who will then need to take on the task of defeating the creatures who slaughtered his father.

Romancing Saga 2 plays much like a rogue-like, every time the character in charge of the throne dies you have to chose who will then take over. Each character will have different stats, such as higher attack power or lower HP, which can help you determine what will be best in overcoming the enemy which defeated your previous character. 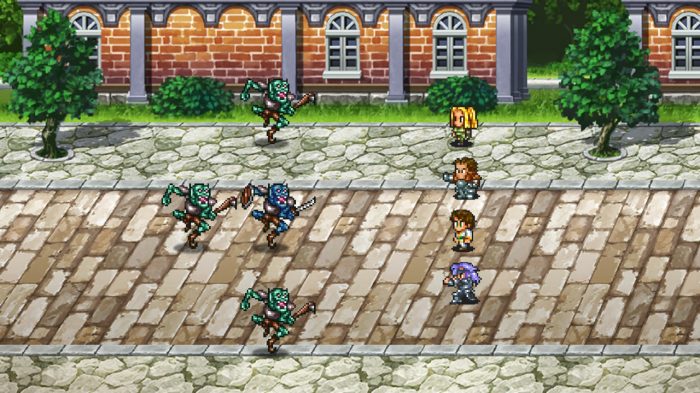 Battles use the turn-based system that most traditional JRPG’s use, therefore don’t really add anything new to the formula. You’ll give your party commands such as what enemy to attack and which attack to use or to defend themselves against enemy attacks. The only major addition to the battle systems is Formations, this allows you to position your character on the battlefield, which can be pivotal in helping enemies attack foes who’re further away.

The main issue with the battle system is that there seems to be no scale in difficulty, enemy encounters can seem like very much a chore here. Thankfully encounters are visible so if you don’t wish to fight enemies that aren’t essential, all you’ll need to do is avoid the creatures lingering on the map and find the main creature in the dungeon and battle him. The only issue here is that you’ll not level up which makes things incredibly difficult, so you’re left at a bit of a crossroads, do you battle several enemies in a boring battle system to level up and strengthen your party, or do you go into a boss battle and get decimated?

The presentation of Romancing Saga 2 is definitely a game that shows its age, while sprites and backgrounds have certainly had a touch-up to try and bring them into a the modern age, there’s still artefacts that show this is still very much a game that released in the early 90’s. The soundtrack here is also the same, nothing really stands out and there’s nothing here that will really break the mould in 2017.

I didn’t enjoy my time with Romancing Saga 2. While fans of the series have been making an outcry for a localisation for a long time, as a fan of JRPG’s I find myself disappointed in a sea of outdated mechanics and a mediocre story which left me longing for a much better game from that time, give me Final Fantasy 6 any day.

Romancing Saga 2 is a game very much trapped in the early 90s, while it’s great to see a title translated into English after all this time, it’s a shame that it’s one that offers very little fun or entertainment.