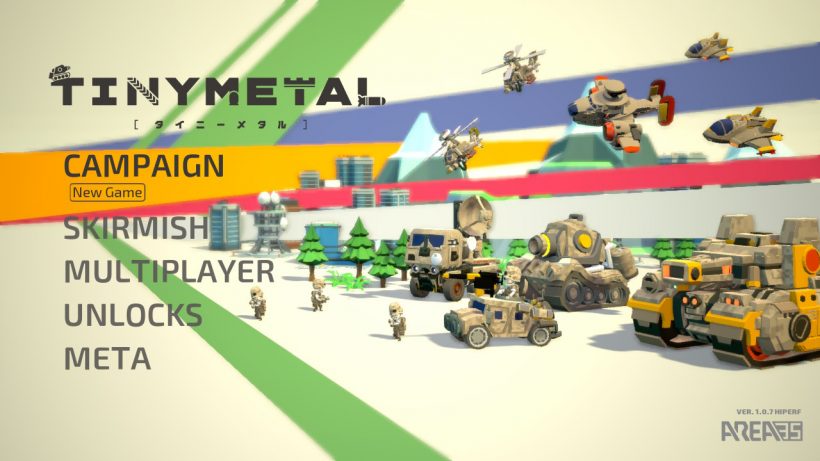 It’s been almost ten years since we’ve had an Advance Wars title from Nintendo, so there’s a hint of irony that Sony – who own Tiny Metal’s publisher Unties – have actually got a game heavily inspired by Intelligent Systems’ better series (don’t hate me) onto the Switch first.

So, Tiny Metal is a top-down, turn-based strategy title which sees you commanding units from the Artemisan army on their quest to beat the bad guys. The emperor and your colonel seem to have been taken down in Zipang territory and it’s down to you to find out what happened, taking the hostile forces down on your way. The campaign introduces you to units and their capabilities gradually, starting with basic infantry troops before expanding to scouts, tanks, heavy tanks, helicopters, jets and much more besides. 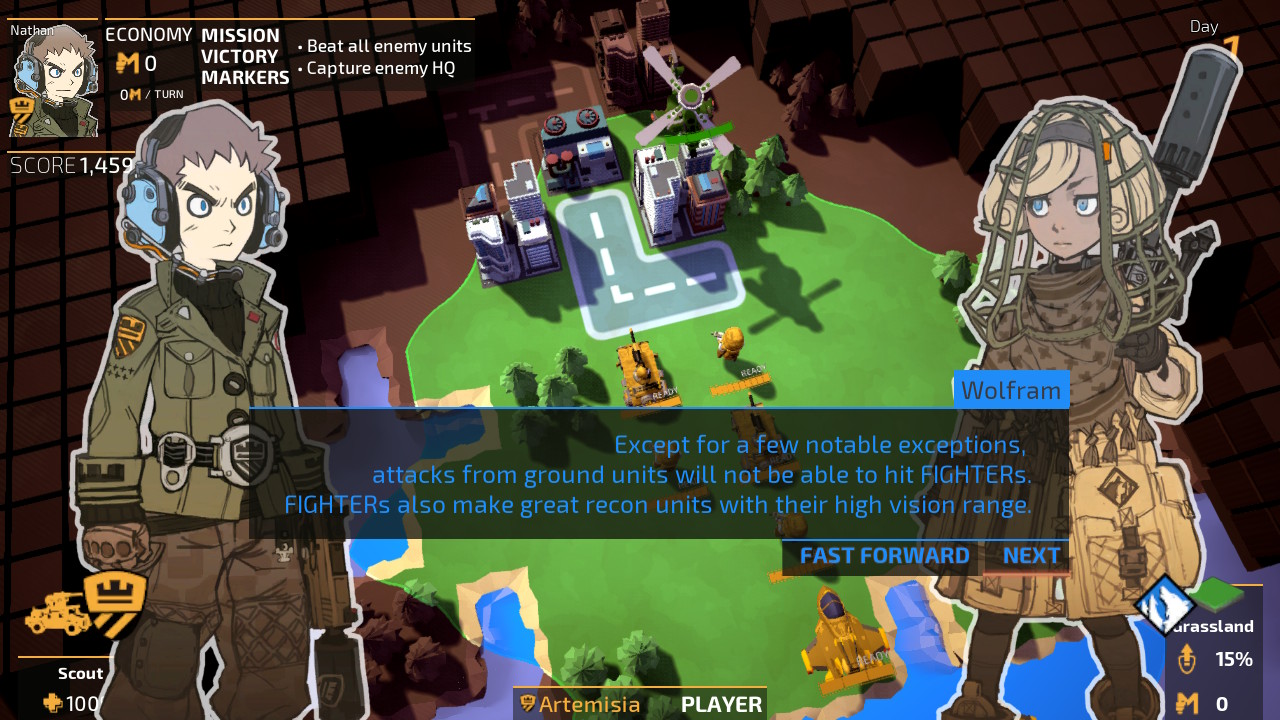 As with that other title I keep referencing, you move your army around the battlefield before play passes to the Zipang army, going to and fro until all enemies are bested or you capture the enemy HQ. Different terrain offers defensive or offensive benefits, but unlike that other game, there are subtle differences in attacking.

Firstly, you can choose to “assault”, which allows the enemy to strike first but that risk could pay off by forcing them back a space on the field. Useful for those occasions where they have a tactical advantage or are in the process of taking your buildings. The other is “focus fire”, where you can choose to stall an attack by “locking on” to a unit before switching to another one of your troops and attacking the same target, unleashing the firepower simultaneously, often devastating your foe.

Each turn is a carefully balanced mix of claiming territory, buildings (which increases your currency each turn, essential for building new units) and expanding your army. There’s a fog-of-war in effect, which means that cautiously exploring your surroundings is also crucial so that you don’t go in with all your guns blazing, which could leave you seriously unprepared for the next turn… 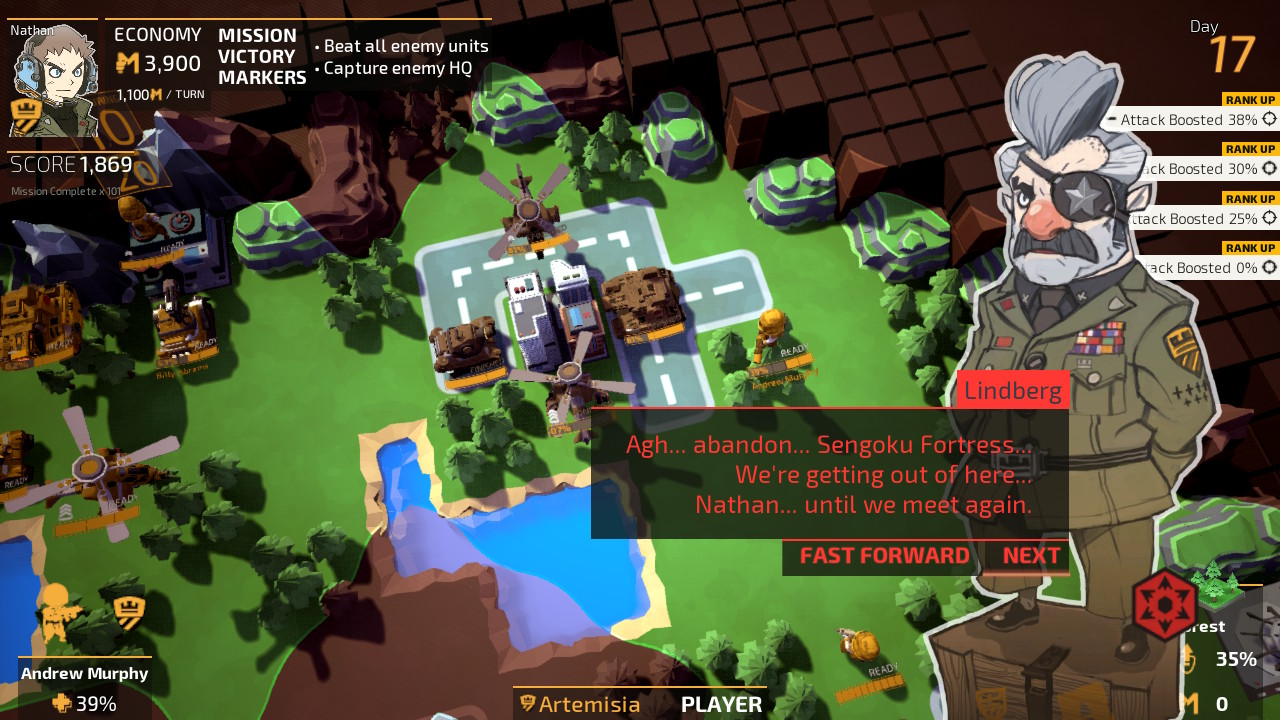 Whilst Tiny Metal sports a similar look to Advance Wars, it’s different enough in its own right. Rather than sprite-based visuals, it presents everything in play with a three-dimensional effect. During the story-driven scenes, everything is presented with a very clean and anime-based style and the narrative which – whilst spoken in Japanese – is subtitled in English. It does feel like a lot of love and care has been taken during development, so developed Area 35 should be commended. However, that does come at a cost – the game launched for £19.99 on the eShop, which is certainly on the expensive side for a downloadable title, if you ask me. Which you sort of did, by reading these words.

It’s also a bit light on features right now – outside of the campaign and a skirmish mode there’s not much else and the game launched WITHOUT a multiplayer mode: it’s “Coming Soon”, according to the title screen. Although the campaign will satisfy strategy veterans for some time, an inability to play with others severely impacts the long-term appeal of the title.

That said, what is here is very enjoyable and means that Tiny Metal is only bested by Mario + Rabbids: Kingdom Battle as the definitive Switch strategy title – which isn’t a bad thing – and it’s the next best thing to actually having Advance Wars. For now.

A lack of multiplayer at release detracts from how brilliant (and essential) Tiny Metal could have been, but it’s the next best thing to Advance Wars that’s currently available on the Nintendo Switch. Fans of that and/or turn-based strategy games will find something worthwhile here, despite that not so tiny price.