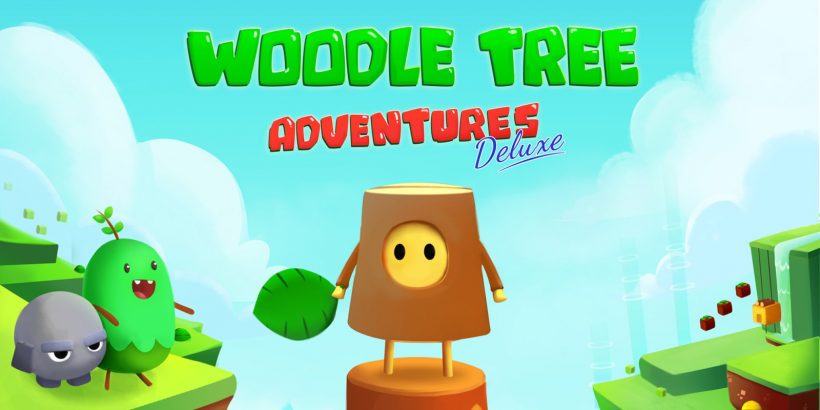 Chop it down. Kill it with fire.

I’ve been gaming for as long as I can remember. In that time, I’ve experienced the best and the worst of games. Games that would exceed my wildest expectations and take me to places I never thought possible, and games that were so horrendous they deserved pride a place next to Atari’s E.T as some of the worst in history. In 2017, the Switch has brought with it some of the strongest games in recent memory, with the likes of Super Mario Odyssey and Breath of the Wild garnering universal acclaim. But it has also gained one of its worst titles on the process – Woodle Tree Adventures. 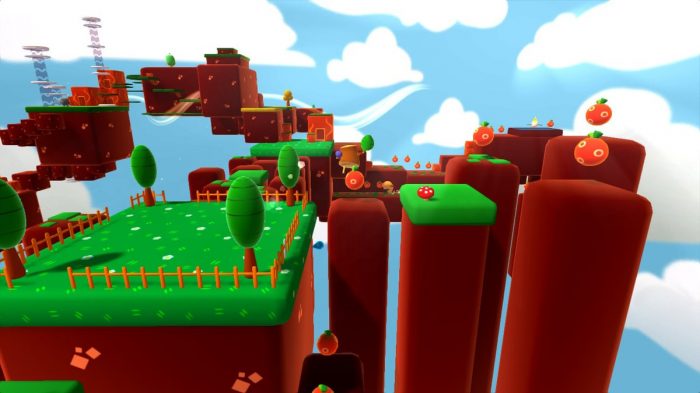 Woodle Tree Adventures is a typical 3D platform game starring a little tree stump with dead eyes and flailing feet – I say ‘typical’ in that it doesn’t do anything even remotely original or interesting. You start off in a little hub area, with multiple levels scattered about the small island, each of which become accessible after you collect a certain number of apples. Sound familiar? Of course it ruddy does, don’t pretend it doesn’t.

Heading into the game’s first proper level brings with it a whole mess of problems, the first of which being the general aesthetic – I don’t know what the creator was attempting to achieve with the look of this game, but it’s almost a nightmarish blend of harsh colours, sharp edges and a genuinely unsettling soundtrack. It’s clear that it’s supposed to appeal to children, but everything from the design of the characters to the music did nothing but cause me great discomfort and stress. There’s potential there for sure, but none of it melds together correctly at all. 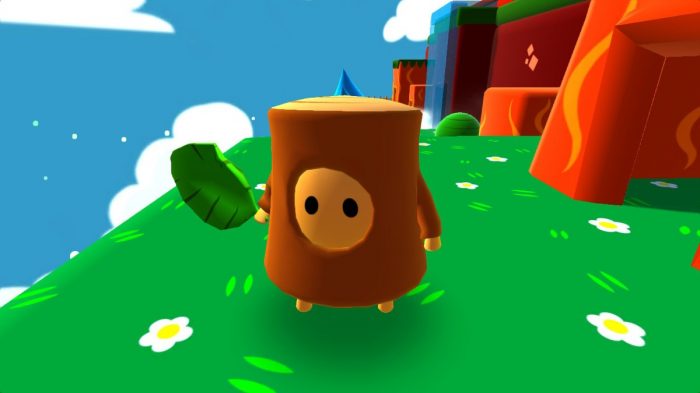 The second, and perhaps even bigger issue, is the game’s camera. It’s admittedly functional for the most part, staying in a fixed position overlooking the level and occasionally panning around depending on your location. The issues appear upon your death – should you fall off the map or get attack by one of the game’s mutated enemies, you’ll head back to the beginning of the level. For some reason though, the camera often decides to have a tantrum at this point and doesn’t know which direction to face, which is made even worse in the fact that you can’t even fix this issue. You can pan the camera in and out, but this will do nothing but give you views of the environment the creator would rather you not see. 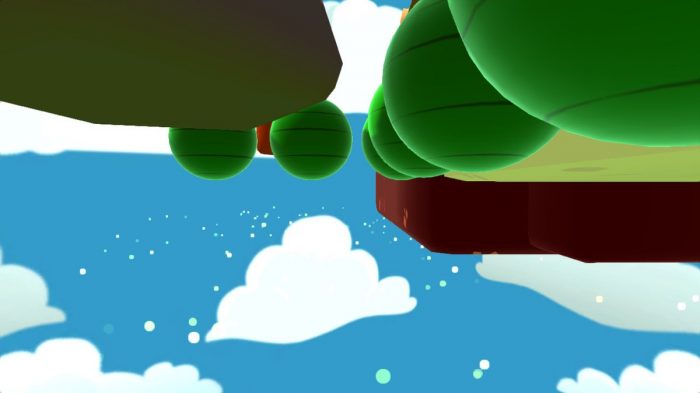 Very early in the game, your little protagonist is gifted a leaf as its primary weapon (yeah, a leaf – eat your heart out Zelda), and this is used to fend off the game’s many enemies scattered throughout the levels. Again though, its execution is so half-hearted, so bland, I just don’t understand its purpose. Attacking enemies is such a needlessly finicky exercise, I found simply avoiding them to be the most sensible option.

I don’t know why Nintendo let this game become available on its system. I’m all for variety and giving small developers a shot, but this game is in no fit state for general consumption – its camera is literally broken. Please, do not buy this game.

Woodle Tree Adventures is a mess – an altogether stress-inducing experience that I wouldn’t wish upon anyone. I only hope the sequel proves to be a better experience.