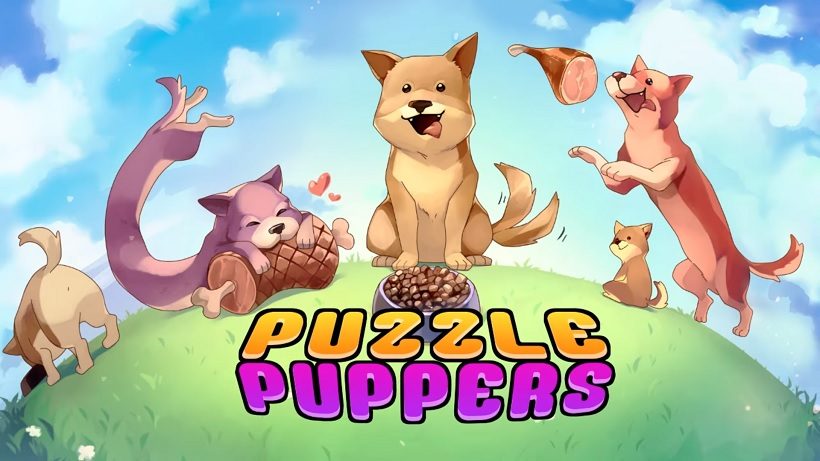 It’s time to stretch some very good boys into long bois in this Switch port of the hit mobile game.

Australian-based indie games development studio Cardboard Keep have announced that their hit puzzle and strategy game, Puzzle Puppers, will be arriving on the Nintendo Switch eShop on February 20th.

Puzzle Puppers is currently available both as a free mobile game (on both Android and iOS) and a paid PC game (on Windows, Mac and Linux via Steam), and involves stretching some very good boys into long bois in order to guide them to their ultimate goal: a well-stocked food bowl. This isn’t a simple task, however, as the game requires the player to overcome a variety of obstacles, including rabbit holes, rivers and the elongated bodies of other doggos. Thus, it takes both skill and determination to overcome the challenges presented by the puzzling puppers, and it’s a true challenge to collect all of the bonus hams and make sure every doggo reaches their bowl safely.

Puzzle Puppers is sure to be a game suitable for players of all ages and skill levels, featuring 80 different challenge levels which increase in difficulty and complexity as you progress through them. It is worth noting that the puzzles themselves will be exactly the same as those in the game’s existing releases on mobile and PC, so be sure to bear that in mind when choosing which version works best for you.

Technical and user-based updates to Puzzle Puppers will also be releasing on Windows, macOS and Linux to tie in with Puzzle Puppers‘ release on the Nintendo Switch, most notably new localisations and language support for those who read and/or speak to their doggo friends in Simplified Chinese, French, German, Italian, Japanese, Korean, Russian or Spanish.

It has been reported that Puzzle Puppers will cost $4.99 (USD) in the United States, €4.99 (EUR) in Europe and £3.99 (GDP) in the United Kingdom, though these prices have not yet been publicly confirmed. More information about the game can be found on the official Puzzle Puppers website, and you can check out the official Nintendo Switch release trailer for the game over on YouTube.

Will you be checking out Puzzle Puppers when it bounds onto the Nintendo Switch eShop at the end of the month? Be sure to let us know in the comments, and follow us here at Switch Player in order to stay up-to-date with all the latest news about Cardboard Keep’s canine adventure.