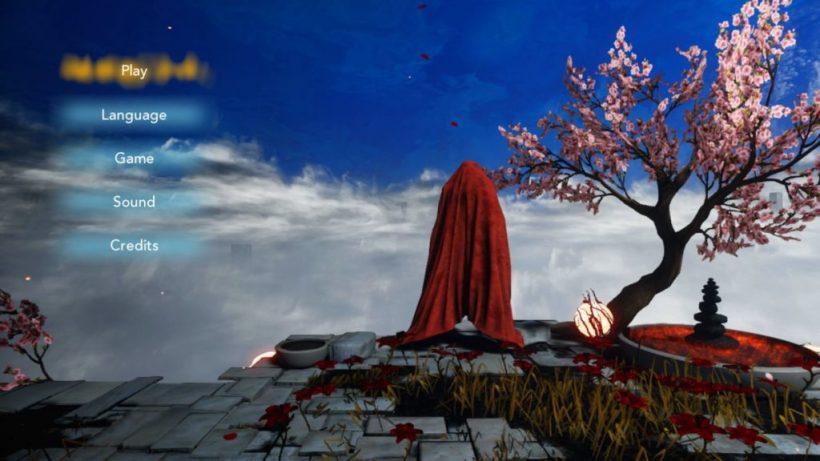 To hell and back.

Survival horror games are slowly shuffling their way onto the Nintendo Switch, with Resident Evil Revelations 1 & 2 and the brilliant Outlast series scaring gamers silly on the go. As a self-proclaimed horror fanatic, this is absolutely fantastic and I hope to see a lot more from the genre in the future. From developer Carlos Coronado, Infernium is one of the latest efforts to bring some scares to Switch players, but sadly, this is a game that is horrifying for all the wrong reasons. Let’s find out why.

Infernium is set within its own stylised version of hell. I have to admit that the design of the world is impressive – hell is normally depicted as being a dark, dismal place with lava flowing across the ground and spewing through cracks in the wall, with images of skulls, dismemberment and other examples of typical horror adorned across the environment. In Infernium, hell is, in a word, beautiful. Straight from the start, you’re treated to stunning, if eerie, views of looming vistas including castles and waterfalls. It’s about as far away from the classic view of hell you can get, and it works very well. 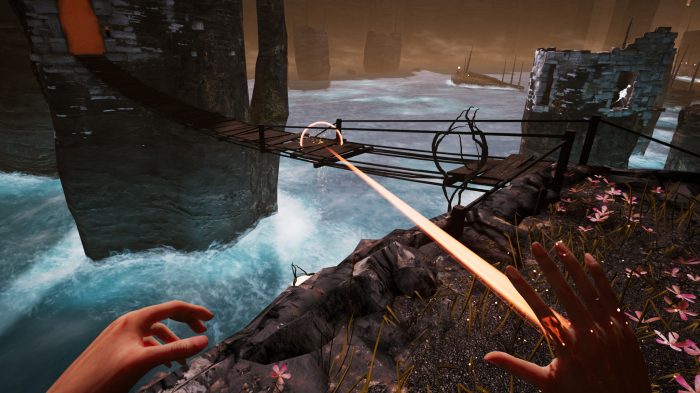 You take control of an unnamed wanderer roaming about the environment with little to no explanation as to why. Your only discernible strength is the curious ability to create warp points within the immediate environment with your own bare hands. Otherwise, should you come across any enemies within the game, your only choice is to run away – death will come swiftly if you let your foes get hold of you, who will kill you in one quick hit.

Immediately, this is where problems begin to arise – the enemies are determined but slow-witted, and will relentlessly follow you through the environment at a leisurely pace. This isn’t scary in the slightest and is, at best, an irritating hindrance to your progress. Your best option is to block the enemies with doorways, but if you fail and die, you wake up within a small ‘hub’ world, with your lives displayed around you as orbs. If you die enough times and run out of orbs, that’s it, you’ll need to start from the beginning. 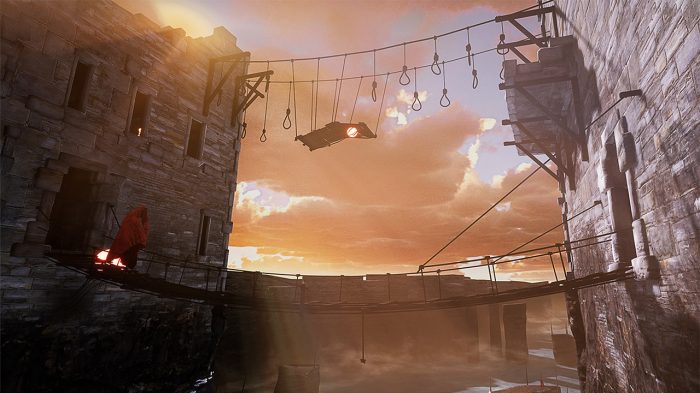 In a similar vein to the Dark Souls series, it is possible to regain a lost life if you head back to the position from which you initially died – of course, this inherently risks the possibility of running into the obstacle that killed you in the first place, but at least it does somewhat alleviate the threat of perma-death. It’s a frustrating gameplay mechanic overall, and the ‘run and hide’ trope is utilised to much better effect in the Outlast games.

This isn’t the worst of Infernium’s troubles, either. Sadly, the game as a whole suffers from bad design choices to poor gameplay. The controls are horrifically clunky, and even cranking the sensitivity up does little to alleviate the inevitable boredom that soon sets in. Performing simple task such as flipping a switch to move a lift is such an unnecessarily herculean task thanks to slow, unresponsive controls. Additionally, the game doesn’t even feature a basic pause screen. Hitting the + button will actually send you back to the main menu (following a lengthy period of loading), which is utterly ridiculous and something that every game should have implemented as standard.