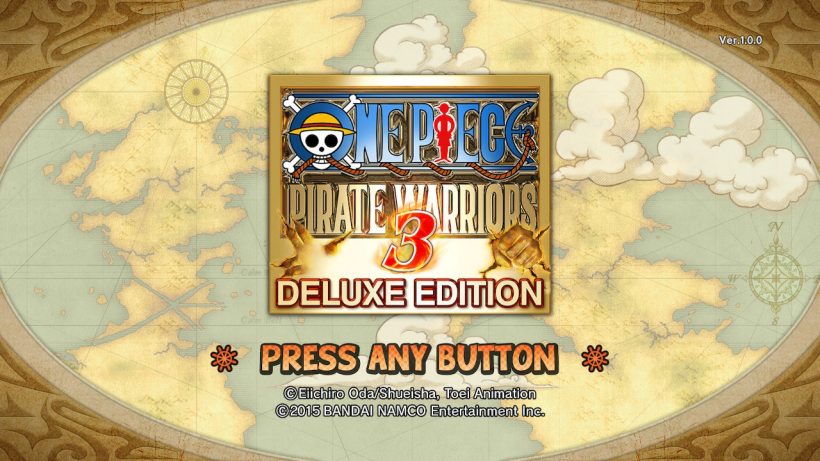 Can you call me a crew mate?

While there’s a certain stigma over games based on movies, as they often result in half-baked products, the same doesn’t necessarily apply to anime and manga. The most famous franchises like Naruto and Dragon Ball managed to find relative success, even on niche genres. This is the case of One Piece: Pirate Warriors 3, which recreates the adventures of Luffy and his pirate crew under the Warriors formula, and now comes to the Switch as a Deluxe Edition. 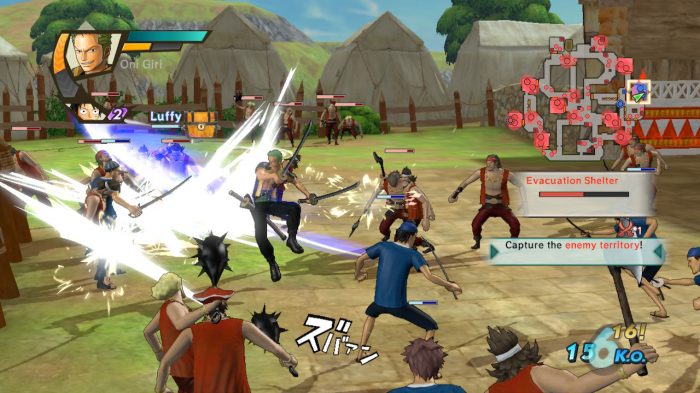 As a Warriors game, the core gameplay of One Piece: Pirate Warriors 3 is nothing out of ordinary. Pretty much like any other game of the long-going series – including the Nintendo-centric adaptations Hyrule Warriors and Fire Emblem Warriors –, at each level, One Piece: Pirate Warriors 3 throws the player in a map formed by a series of conquerable rooms, all interconnected by corridors. There, you’ll have to fight your way through hundreds of almost-harmless enemies – and some stronger and more capable foes – until you complete that map-specific mission, which will unlock a final ordeal against one of the famous villains from the anime.

The hack n’ slash combat here isn’t the most varied, to be honest. Any character can mash up combos with light (Y) and heavy (X) attacks, and you can dodge the most dangerous enemies’ assaults with a dash (B). However, as in other Warrior games, the combat is built in a way to constantly empower the player. You’ll hardly feel the need to mix up combos, and can just spam Y through the whole game. As you kill enemies, you’ll fill up two distinct energy bars. One will allow you to perform your character’s signature by pressing A. The other is attached to one of your allies, and have three levels. As you increase them, you can do things like summoning your allies to increase your combos, or you can choose to spend that bar, unlocking a powerful overdrive state. 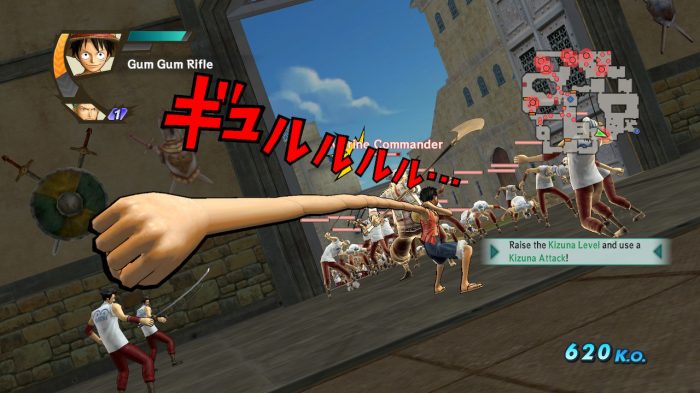 During the main campaign of the game, called Legend Log, what adds much more gameplay variety – lessening the somewhat bland combat – is the revival of the most famous moments of the anime. Each one of the five chapters of One Piece: Pirate Warriors 3 holds up many “Best of” moments from the entire anime. If you’re a fan, you’ll be able relieve the very beginning of Luffy’s adventure, until the latest moments of the Dressrosa saga.

As the Deluxe Edition (which features all the previous DLCs), the roster of playable characters is HUGE. If in Legend Log you can use the 9 Straw Hat members progressively, and the extra Free Log mode allows you to replay the campaign maps as any of the 38 playable characters, as long as you’ve unlocked them. There’s also a Dream Log available, which creates new scenarios, mixing characters and maps from all over the series. Replayability is the surname of One Piece: Pirate Warriors 3. 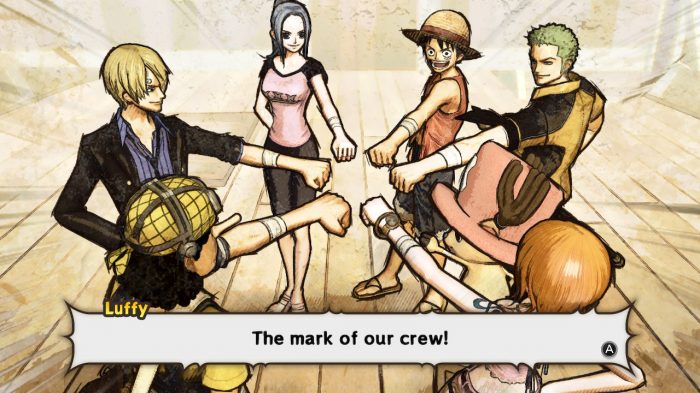 All the inventive scenarios and colorful characters from One Piece are beautifully represented with a very distinct cell-shaded art style. Whilst One Piece: Pirate Warriors 3 combat may be a little repetitive for those not used to the Warriors genre, this presentation elevates everything, as the game runs very smoothly, even when there’s tons of enemies onscreen. Are you a fan of One Piece? If so, there’s no reason to miss this release.

As a Warriors game, One Piece: Pirate Warriors 3 Deluxe Edition comes a somewhat repetitive hack n’ slash combat that doesn’t do much more than empowering the player. However, if you’re a fan of the anime, you’ll be able to relieve the best moments of Luffy’s adventures as a beautiful game with tons of content to keep you hooked for a very long time.