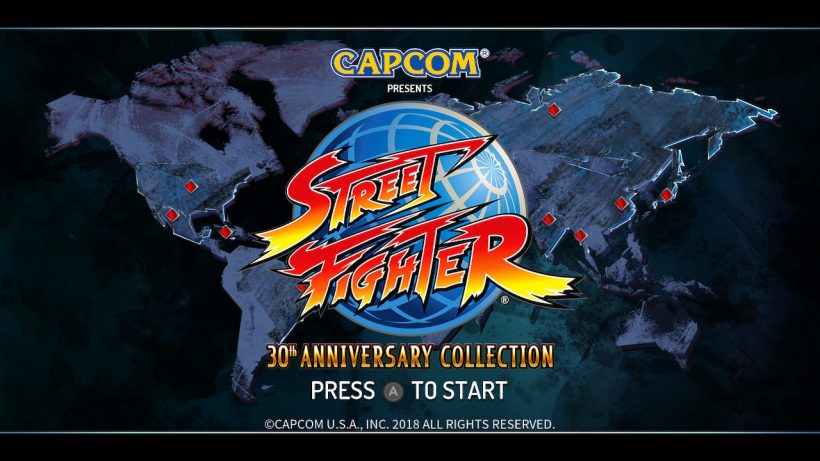 More content than you can throw a Hadouken at.

In 1991 a fighting game that changed and continues to define a genre launched in arcades. Four years prior, its predecessor also launched in arcades to little fanfare (at least outside of the US). Thanks to Street Fighter 2, Capcom was able to single-handedly usher in a generation where fighting games would be the mainstay of the arcade scene, even making it more of a competitive sport. It was a truly special game and the series continues to flourish even to this day.

With such an influential series on their hands it would’ve been crazy for Capcom to ignore something as big as its 30th anniversary, so they teamed up once again with Digital Eclipse – responsible for the Mega Man Legacy Collection, which has also found its way to Nintendo Switch with a high amount of success – but can the Street Fighter 30th Anniversary Collection reach the same heights? 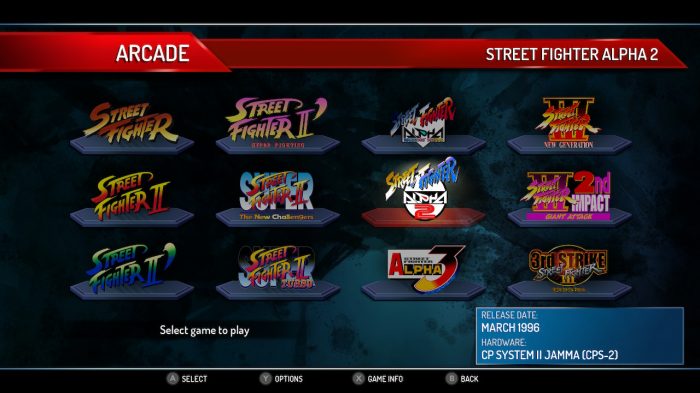 Consisting of 12 games starting from the original Street Fighter all the way up to Street Fighter 3: Third Strike, the Street Fighter 30th Anniversary Collection comes to Switch with arcade perfect ports of all these games – including their full arcade campaigns and local multiplayer. However, four of the titles included have also been updated to offer a training mode and online multiplayer too, great features for practising and then honing your skills against real players all over the world.

The original Street Fighter was the first game I tried out in the collection which, unfortunately, hasn’t aged all too well. I found the game to be overly difficult, with only one choice of character – series mainstay Ryu, as he battles through eight different opponents who gradually get harder in difficulty until you come face to face with Ryu’s sworn enemy, Sagat. Street Fighter was easily the weakest game in the collection in my opinion, it suffered from quite a lot of slow down and input lag which made it virtually unplayable, although I did manage to win a few rounds here and there. 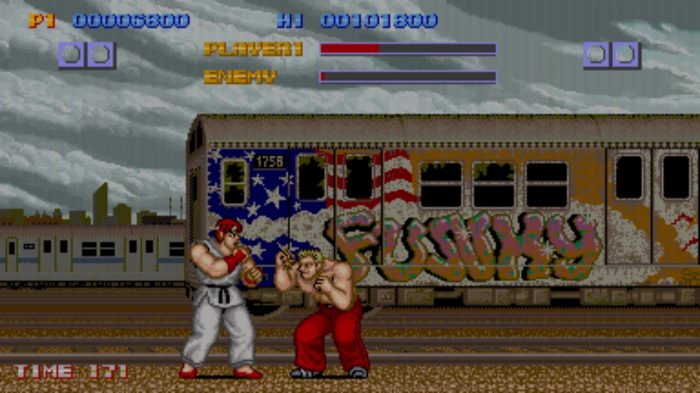 Street Fighter 2’s controls are as perfect as they’ve ever been, all the special moves are mapped to the controls you’ll remember if you’ve played these games before, however, an option in the pause menu can get you back up to scratch with them if you’ve forgotten. You can also map the controls whichever way you like to help make things easier for you. I personally changed the heavy punch and heavy kick buttons from L and R to ZL and ZR respectively. 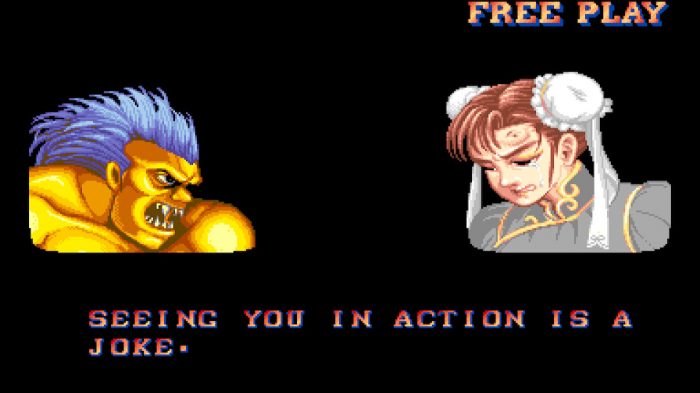 The Street Fighter Alpha series is part of the Street Fighter lore I was unfamiliar with before playing it in this collection, but now I realise I have been missing out on some of the most accessible and fun Street Fighter games ever made. You can tell when playing this series (especially the first Street Fighter Alpha game) that it’s very much a beginners Street Fighter with the arcade mode being much easier than any of the other games up to this point. The following two Alpha games include much more character choice and have their difficulty tweaked a bit, but they’re all rather enjoyable and definitely games I’ll be returning to quite frequently.

Street Fighter 3 is the most recent entry in the series to be represented in this collection and all three iterations are available to play through, each iteration once again includes more characters than the last and the games play similarly to the previous versions of Street Fighter from 2 onward. Nevertheless, 3 is still great, and its new characters are a welcome addition to the roster. 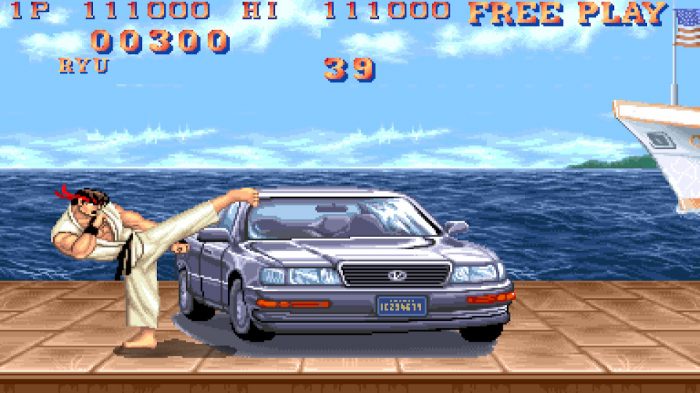 I often found that when playing each of the games in the collection I would get a few fights in before a difficulty spike would kick in and I would struggle to defeat my opponent. Thankfully this can be remedied by pressing the Y button before selecting the game you’re playing, this brings up an options menu for each game that allows you to tweak various settings. Some games also include damage modifier tweaks and game speed tweaks to give you more variation in gameplay, this is a great addition to the game that will definitely keep you coming back for more.

Other than the original Street Fighter, I found very few reasons to be disappointed with Street Fighter 30th Anniversary Collection, maybe the absence of Street Fighter IV might disgruntle some fans of the series, but thankfully I have many other options of playing that game so I wasn’t too upset by its omission. Perhaps one thing I can grumble about is the lack of unlockable content, the game does include a gallery mode and a sound test mode but this is all available from the start and I feel like this could’ve easily been kept as a reward for completing arcade scenarios. 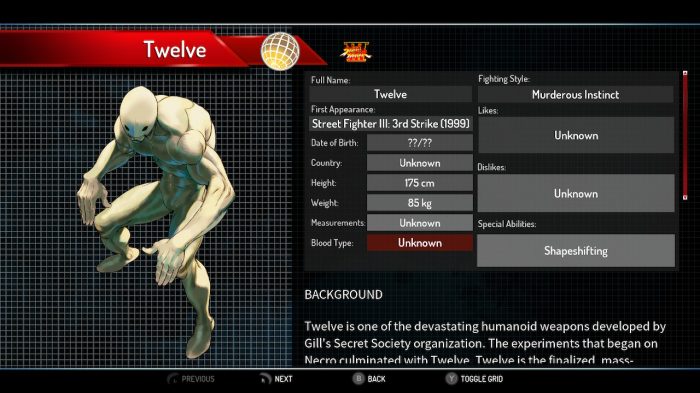 Speaking of the Gallery mode, I found this to be quite a concise collection of images and showing cut content from games on the collection as well as an in-depth look into the development of Street Fighter 2. Now I do normally consider myself to be quite versed in gaming history, but I certainly learnt a few things by going through this and feel like this is a must for any fans of the game.

Whether playing the arcade modes, playing local multiplayer with a friend or playing one of the four available online games in the collection, Street Fighter is more fun now than its ever been, the collection is a perfect homage to an iconic series and to have arcade perfect ports on the big screen or in handheld make it a must own.

Street Fighter 30th Anniversary Collection is the perfect way to celebrate a landmark occasion for the series, the games are as fun as they’ve always been and the addition of online multiplayer means the collection will keep you coming back for years to come.