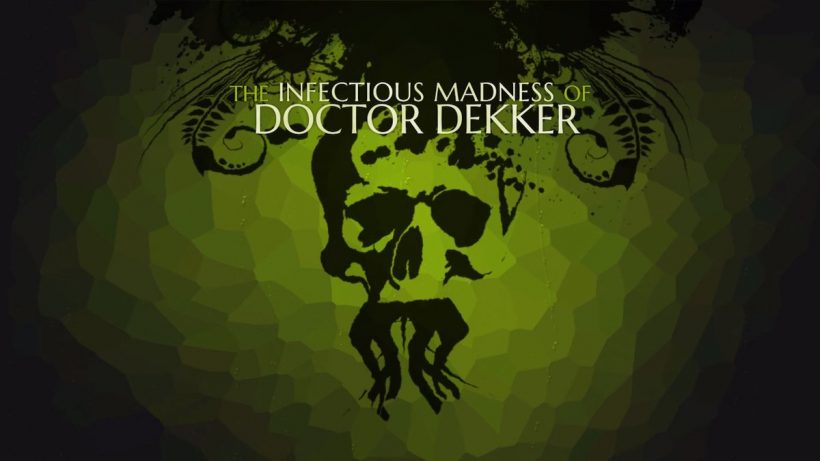 Interrogate some loopy characters in this FMV whodunnit.

I’ve said it before: the Switch is the perfect console to double as a games machine and also offer that Kindle-like experience of taking loads of good books on the go. Except, in the Switch’s case, that experience is far more immersive thanks to the use of live-action video.

The Infectious Madness of Doctor Dekker takes the initiative in showing off just how varied a visual novel can be when you compare it to Late Shift. Whereas Late Shift offers more of an on-rails experience, where the action happens even if you don’t offer any input as a player, you’re far more in control here, as your patients require you to get them talking by offering questions and selecting answers when they look to you for guidance.

The story here details the mysterious Doctor Dekker, who it emerges has passed away, and you play as the doctor who has taken his place. After some guidance from his assistant Jaya, it becomes apparent that there is a strong possibility that one of the late doctor’s patients might have had something to do with his death, and so the game plays as a visual novel Cluedo as you talk to each of the patients in turn and piece the truth together.

Characters pop in and out of the new doctor’s surgery, but there are a few mainstays who are there near every day. Marianna is a flirtacious woman with an American accent who suffers, she says, from blackouts. Bryce is an uneasy gravedigger who believes he ‘has an extra hour’ in his day which nobody else experiences. Elin is a nurse struggling to comprehend the number of deaths on her watch; Nathan believes he has repeated days a la Groundhog Day, and ___ has a serious violent streak.

You can flick between the patients after each and every question, so you can ask one a question before firing a completely unrelated question at someone else. There is also evidence to look at and review which can make the picture clearer, but you’ll get all of the information you require simply from talking to all of the people sat on your office couch.

Games like this live and die by the quality of the acting involved, and while initially it seems like we’re in for a tough slog here, with all of the characters addressing the camera directly, you do become engrossed. The game is a long one for the genre, so if you’re playing it through to the end and not skipping all the video clips it’s hard not to tune in to the characters. Each does come across as heavily mentally disturbed, which is testament to the acting, though some of the characters are far more likeable than others. Marianna, for all her lack of loyalty, seems to have a lot more attracting about her than Bryce.

But the thing is, I found myself enjoying it. Getting to know the same few characters on different days in their lives really does feel like reading a good book. It’s the sort of engagement that you want from a game of this kind, and while the plot is complex, it’s not too much to stay on top of. Playing it for an hour each evening before bed is ideal, and I certainly recommend that.

The Infectious Madness of Doctor Dekker

The Infectious Madness of Doctor Dekker is a lot more engaging than it ought to be. It’s a little awkward scrolling through questions, but the game will let you move to the next day when you’ve asked enough, allowing for a myriad of endings.