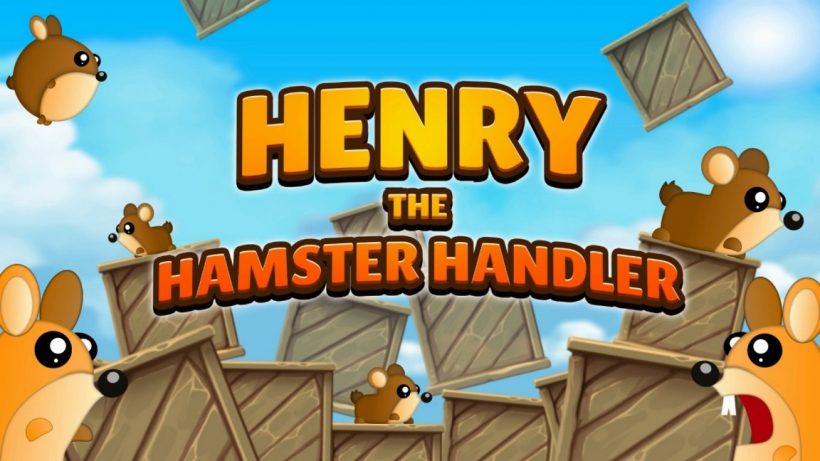 Henry The Hamster Handler is a rhythm, lemming-style game that sees the player, who according to the ‘lore’ is one handed, and most likely named Henry for alliterative purposes, frantically pressing buttons on a production line to protect the onslaught of screeching hamsters from death by lasers and other assorted questionable traps. By inputting the matching on-screen prompts as the hamsters are walking through the level, you can temporarily deactivate the dangers, allowing the hamsters to walk to the exit and progress. A musical element wouldn’t have gone amiss here, but instead you’re fed instructions by an annoying, Alvin and the chipmunks-esque voice. How Henry hasn’t resigned yet is beyond me.

The game’s presentation is a very simplistic, cartoony style that pops on the Switch, but the repeated usage of boxes and the lack of imaginative backdrops contribute to making the levels feel homogeneous. It doesn’t do anything with the Switch’s touch screen either, but with the gameplay being focused on well timed inputs, I suppose that wouldn’t be the preferred control scheme anyway in fairness.

Mistime the button prompts or let too many hamsters die and you’ll fail the level, but there’s no incentive to get 100% each time so it’s no big deal really. Instead the monolith task ahead of you is one of endurance, with 300 levels that are each as mindless and same as the last. I swear I’ve played some of the levels multiple times. I appreciate the quantity, and the levels are amusing enough so start, with their jovial colours and plentiful hamsters, but it gets unbearably boring extremely quickly. I’d much rather 50 thought out and varied levels than 300 that are worryingly similar. After playing for a decent while I felt like I was in some sort of purgatory.

This Switch version is a sleek, simplified version of developer Pocket Money Games’  VR game of the same name. In that version, players physically press buttons on a production line, moving around in a 3D space to make sure those wretched furballs aren’t getting into harm. With the Switch port, the hamsters are on a 2D plain, and the zany, frantic whimsy that comes as a byproduct of most VR experience is lost, instead replaced by a mundane and boring experience.

I’ve got little else to say about this game to be honest. It’s very simple and very repetitive. The clue is in the name with developer Pocket Money Games, and I understand it’s meant to be a simple little title to play for a few minutes at a time perhaps, but I’ve seen much more inventive and creative puzzlers on mobile for cheaper.

Henry the Hamster Handler is a simple, inexpensive game that’s simple and amusing, but that still doesn’t make it worth a purchase. The problem is once I’d finished 10 of the games’ 300 levels I’d seen it all. I can’t help but feel more effort could have gone into creating some variety in the levels rather than churning them out in a similar fashion to the in-game hamsters themselves.