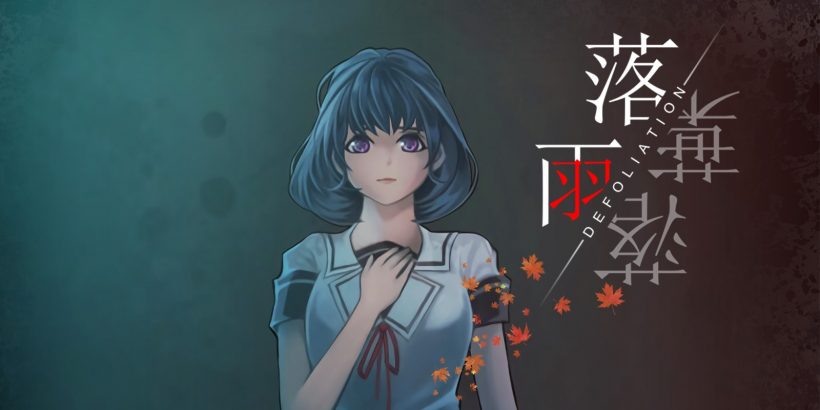 It really does seem at the moment that with every cracking game that comes to the Switch, a handful of throwaway titles tag along for the ride, too. Most of these are simply ‘alright’, and may well be worth a go somewhere down the road, particularly at the low cost that a lot of them retail for. There are other games, however, that cannot be recommended to anyone – some so irredeemable, so way below average, that it’s a wonder they ever made it onto the system in the first place. Defoliation is – sadly – one of those games. 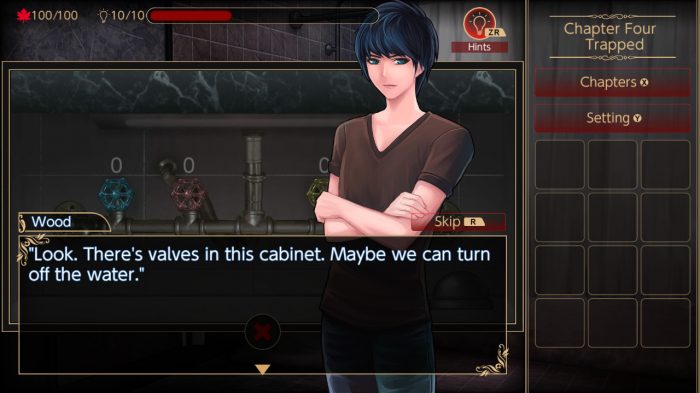 Defoliation is a point-and-click visual novel that sees you having to solve a number of puzzles in order to proceed with the story. Right away, the puzzles themselves range from poor to, well, very poor. The very first one Defoliation throws at you requires you to rearrange some shoes and wellies in a particular order according to a set pattern depicted on a piece of paper. Okay, fine – you tap on the footwear you want to move and then tap on another to swap them around. Keep in mind, however, that you can’t move more than two at once, and you can’t move the same type of shoe at the same time – so you can’t move shoe/shoe or wellie/wellie – it has to be one of each. It’s an absurd way to may the puzzle more complicated than it needs to be.

Additionally, finding these puzzle can be taxing in itself. You’ll be presented with a scene in which you must move a cursor around and click it on various objects in order to prompt some sort of reaction from the characters or initiate one of the puzzles. There are no visual clues at all to help guide you to which objects to interact with, so you’ll waste a good amount of time just clicking on anything and everything that looks like it could be even remotely interesting. 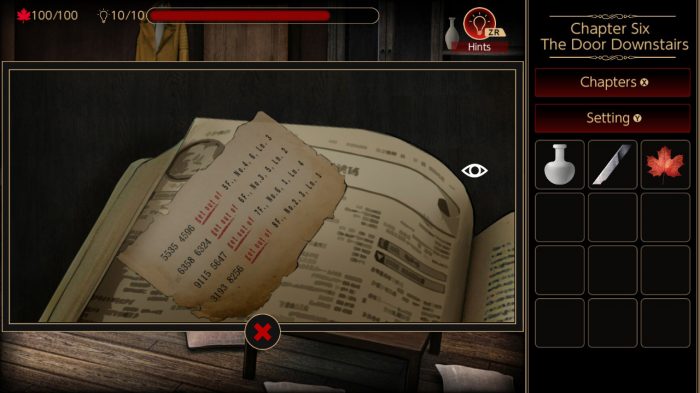 Before even getting to the puzzles, you also have to sit through some truly cringe-worthy dialogue scenes. These are broken up slightly by presenting you with decisions that split the plot in branching paths. At least, that’s what the game wants you to think… The first decision you need to make is whether to allow a girl to illegally drive her brother’s motorcycle without a licence. So of course, as any sensible human being would do, I pressed the option that basically rejected her request. After some poorly translated text, this option presents you with a game over screen with the words ‘nothing happened’ slapped on it. Yeah, I’m not joking. Because I picked the sensible option, the game kicked me back right to the start, forcing the girl to drive without any license.

Spoiler alert – they rode too fast and scared a sweet old lady practically to death, because of course they did. Idiots… Don’t drive illegally, kids!

I think I’ve made it fairly clear that I don’t like this game in the slightest. It’s a poorly translated, perpetually boring experience with very few redeemable features, if any at all. Keep an eye out for other potential visual novel titles on the Switch, because this is one you most certainly won’t want to experience.

Defoliation deserves no place on your Switch. It’s a poor attempt at a visual novel, littered with shockingly translated dialogue and boring puzzles. Avoid!