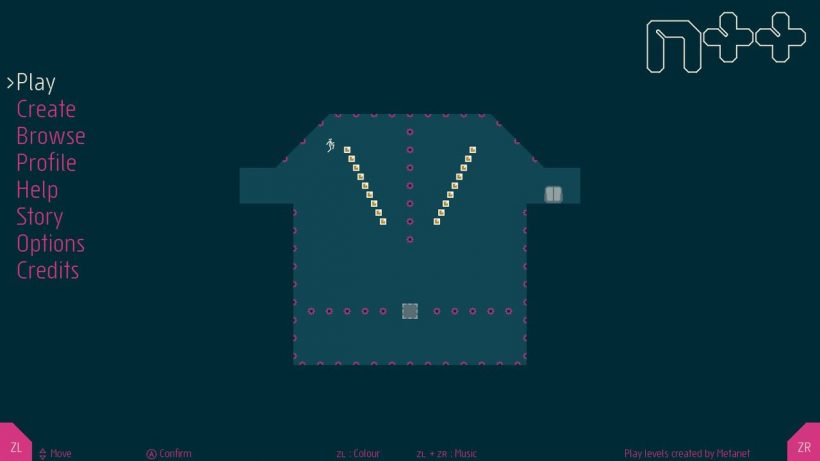 N++, the sequel to the insanely popular title N+, is a game of consistently surprising complexity. At first glance, you’d be forgiven for mistaking it as a shallow, lazy title with its basic graphics and minimal gameplay design, but this would be straight up wrong. N++ features thousands of levels to explore, each of which is more inventive and devious than the last, and once it’s got its claws into you, you’ll find it very difficult to escape its grasp.

The core premise is very straightforward: you play as a ninja who must work his (or her) way through a vast selection of stages. Each stage is contained within a single screen (so basically, you can’t run to the edge to find more on the other side), which means that all the environments are densely packed with things to do, gold to collect, and obstacles that will kill you in an instant if you let them. 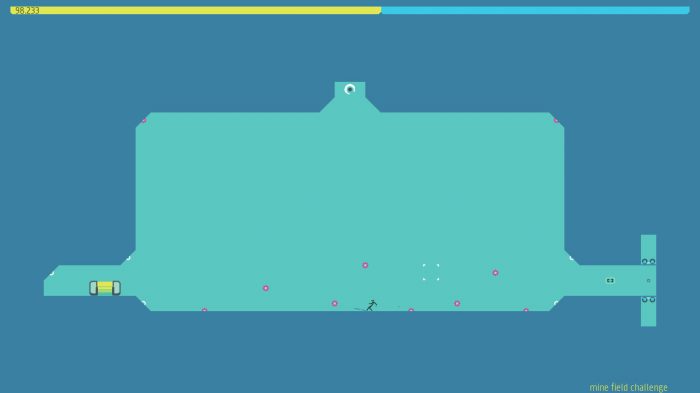 There are lots of potentially lethal hazards in N++, from trip mines to homing missiles and even clone versions of your character that will mimic your exact movements (think of Madeleine’s ‘other self’ in Celeste, that sort of idea). But perhaps the most surprising and prominent hazard is the simple prospect of falling from a particular height – I can’t even begin to think of the number of instances I’ve tried to make a giant leap of faith, only to miss my target and fall to the floor below.

The levels are also timed – as standard, you’ll have ninety seconds to make it through to the end goal. But this is where the little gold pieces scattered amongst the levels come into play. Collecting the gold pieces as you go will incrementally increase the amount of time you’ve got to complete the level. The game also tracks how many you’ve collected versus the total amount available, so there’s an incentive to really go for them all. Some of the little blighters are in some seriously tricky spots, so there’s a real sense of risk and reward. 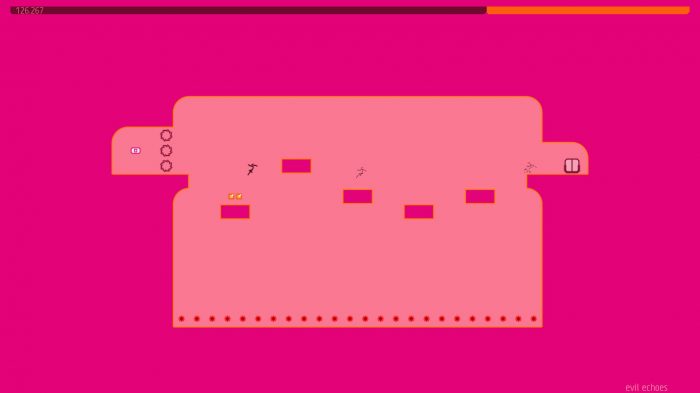 Thankfully, whilst the game is certainly difficult, I never found it too difficult, and it does a great job of mixing up its many concepts throughout the stages. I never once found myself getting overly frustrated by the difficulty, and I certainly never got bored. Even if you do get stuck on a particular section, you can simply leave, try a different segment of the game, and come back later. It’s extremely convenient.

As you’ll no doubt notice in the screens, N++ is graphically very basic. Your character is essentially a stick figure, and the levels themselves consist of two tones of block colours, so if you’re after a game that’s going to push your Switch to its limits, this certainly isn’t it. But then, it’s really not about the graphics at all. N++’s gameplay is so stellar, you’ll soon forget all about how it looks. 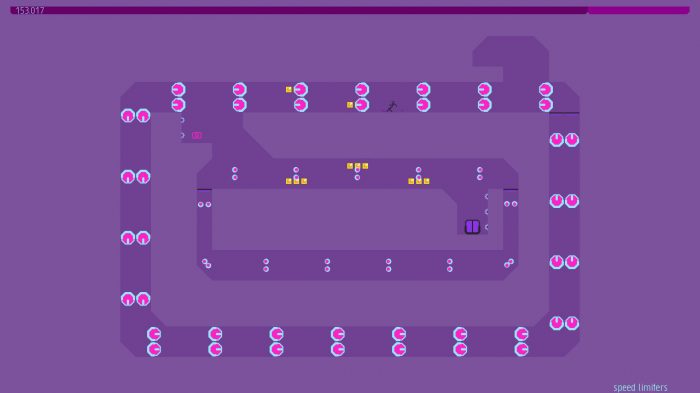 The soundtrack, however, is on a much higher level than the visuals. The music is surprisingly chilled out, and undoubtedly designed to keep your frustration levels to a minimum. It works wonderfully well with the gameplay, complimenting a fantastic game that, whilst often throwing everything it has at you, never makes you feel bad about it.

N++ is a platform game of near perfection. There are countless levels to explore, a boatload of collectables, and a satisfyingly steep difficulty curve that perfectionists will relish.