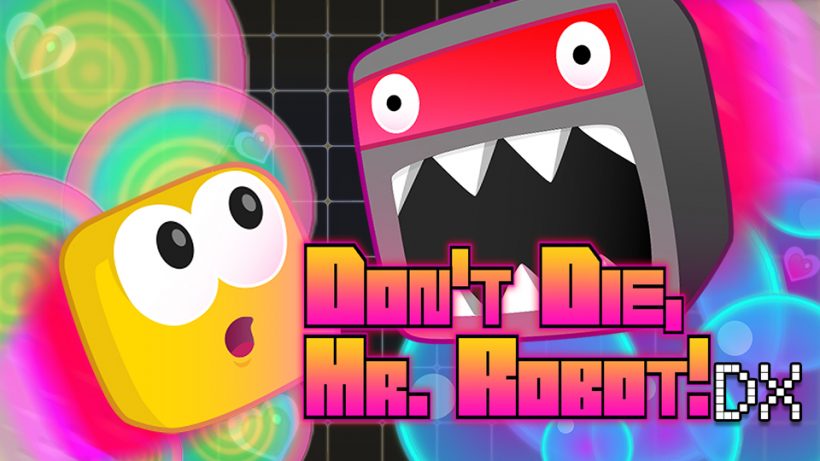 You play as the titular robot and, as the game’s title hints, the aim of the game is to not die! However, this is no walk in the park – to avoid death, you must try and evade endless waves of robotic machines that seem hell-bent on stopping you in your tracks. You can stop these machines from harming you by moving around the stage and avoiding the different attacks that are launched at you. Throughout each stage, different types of fruit will appear that can be used to your advantage; when Mr. Robot eats a piece of fruit it explodes, causing a blast radius that will destroy the attacking machinery. Chaining these explosions together builds a multiplier which, in turn, will earn you more points.

As you defeat enemies and progress, you will earn coins which can be spent on cosmetic items, additional characters or upgrades that can be used to give you useful perks like improving the area of effect of the explosions or giving you a magnetic pull to make it easier to collect the coins that defeated enemies drop. 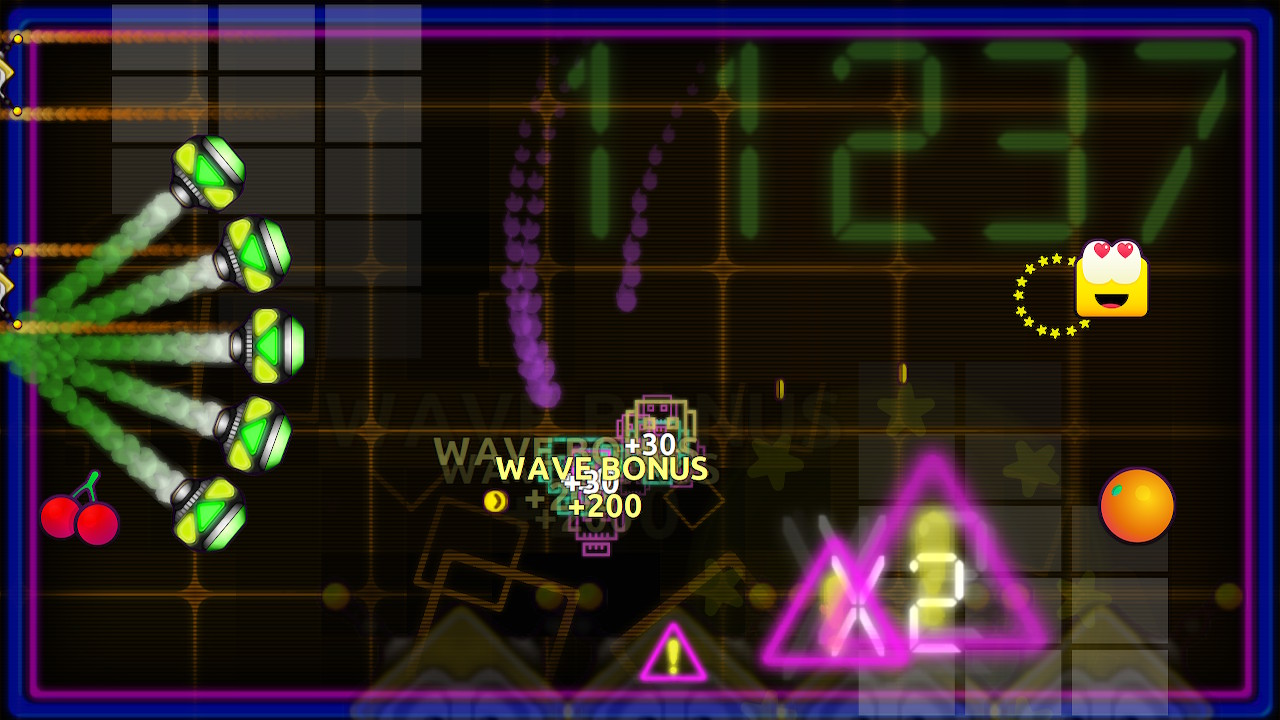 This simple gameplay loop is all there is to Don’t Die, Mr. Robot! DX – simply avoid the enemy waves whilst chaining together combos to increase your score, and then spend the coins to upgrade your character before you go again. The game has four different modes: Remix Mode, Arcade Mode, Time Attack and Chill Out Mode (which is a lot less hectic!). Remix Mode is objective-based and I spent most of my time in this mode – with fifty missions that will reward you with Bronze, Silver, Gold and Platinum medals based on your skill at surviving as long as possible, collecting a certain fruit or living on the edge and grazing a set number of enemies. 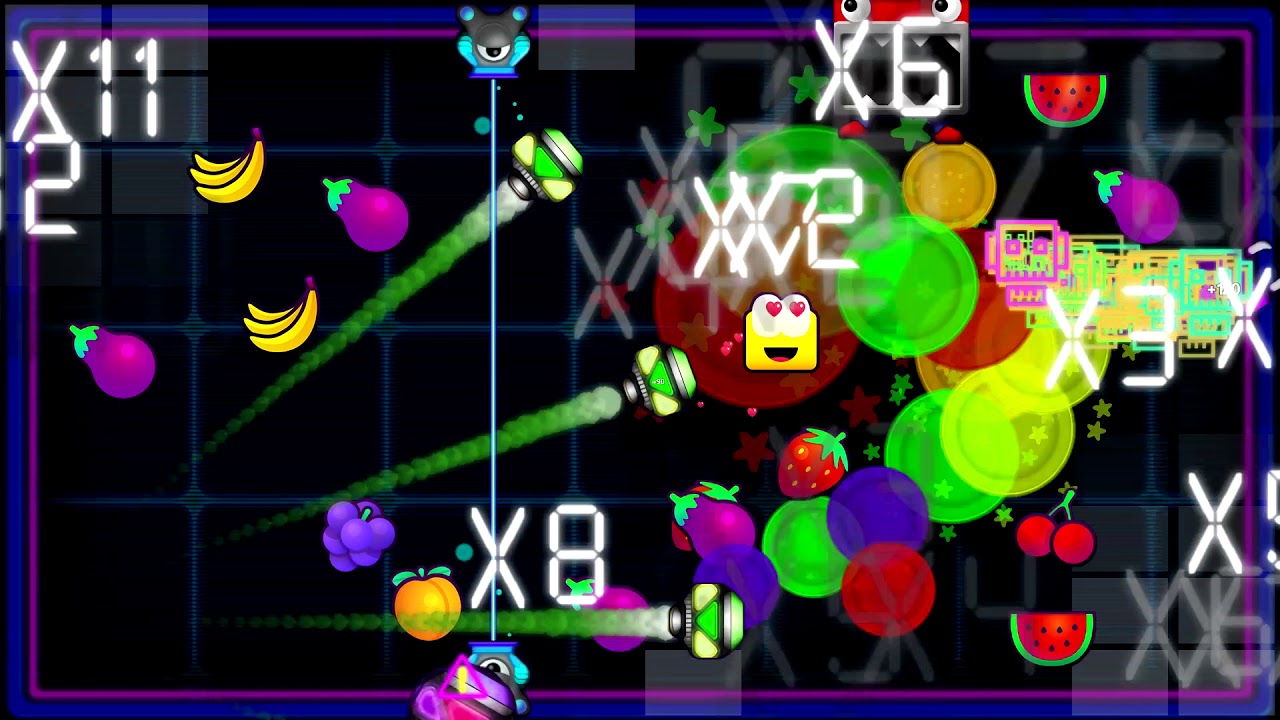 These game modes offer a lot of frantic (yet fun) gameplay and Don’t Die, Mr. Robot! DX’s simple control scheme and great soundtrack play a part in getting you in the zone and at one with the game. I would have liked to have seen Infinite State Games utilise the Switch’s touchscreen alongside the analogue stick control scheme for playing in handheld mode – but I guess we can’t have it all, eh?

The DX in the title sees new art, gameplay tweaks and improvements and new audio added to the game in the form of an acid-house soundtrack that fits in perfectly with the mechanical nature of the game. Each bit of fruit that explodes adds to the background music in a way that enhances the soundtrack in a fashion similar to rhythm-action games.

In all, Don’t Die, Mr. Robot! DX is a fun game for anyone looking for a mindless, arcade score-chasing game. Although the visuals are extremely simple, with your character and the enemies looking like sprites from games of by-gone eras, the gameplay is addictive and you can often lose hours once the hypnotic-like affect of the game takes control – if that isn’t the sign of a good arcade game, I don’t know what is!

Don’t Die, Mr. Robot DX! is a game that you can just sit back, chill out and play. The difficulty will ramp up if you play in a mode other than Chill Out mode – but a quick five-minute session can soon turn into hours when this addictive arcade game sinks its hooks into you.