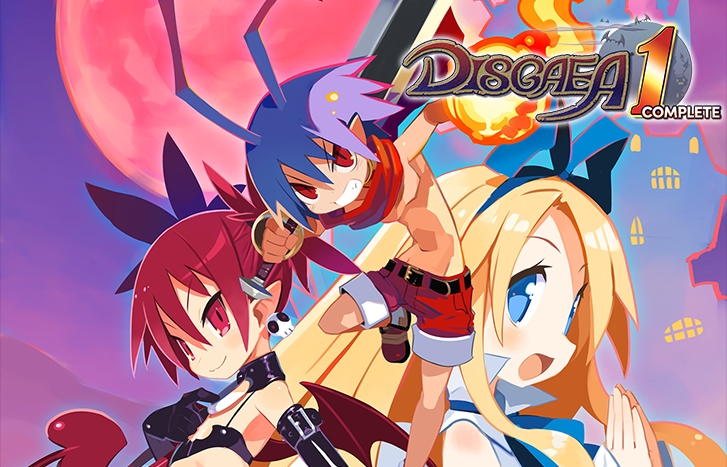 Have fun in Hell, dood.

If the more well known Final Fantasy, Pokemon and, at a push, Breath of Fire JRPG’s could be likened to close family members, I would certainly say that the Disgaea series could easily be considered a distant cousin. Barely a month flew by where I didn’t hear of its many wondrous exploits via the myriad of magazines I collected en masse during my more junior years. The bright colours, the overly-anime visuals, the penguins and, above all else, the frankly ridiculous damage numbers that were so common throughout the provided screenshots… It enticed me, whet my appetite for something more ‘Japan’, if there ever was a game, yet I never took the plunge.

Until now, that is.

Disgaea 1 Complete celebrates the 15th anniversary of the oft-considered niche series, although it’s most definitely not the first to grace Nintendo’s consoles. That honor belongs to Disgaea DS, having released late-2008 and, more recently, Disgaea 5 Complete mid-2017. It would be safe to assume, then, that Disgaea 1 Complete is somewhat lacking when compared to its more recent outing on Nintendo’s finest and, well, you wouldn’t be completely wrong in thinking that. Whilst its later iterations, such as Disgaea 5 Complete, do build on the formula first introduced in 2003, the gameplay mechanics and thematical motifs found were so complex, so deep that you’d be hard pressed to think this was a more simple and stripped back experience. Instead, what you get is an occasionally intimidatingly deep, yet simplistic take on the ‘Tactics’ spin, of course with Disgaea’s now-loved humour and personality.

It would also not go amiss to consider this more stripped back in terms of graphical prowess, although maybe not to the extent that many would think of when they consider the age of the original outing. High definition art assets now replace those found on the PlayStation 2’s disc, as well as widescreen support and, as to be expected for a re-release, all the previously released extra content from even earlier re-releases, with the most recent being Steam on PC back in 2016. With all things considered, the graphical style ensures that any increase in clarity and resolution transitions beautifully with no noticeable blemishes throughout.

Considering the mastery of the technical aspects, it’s reassuring to know that the story elements hold up equally as well, largely thanks to the use of humour found throughout. You play as Laharl, a young demon prince that, upon waking up from a two-year slumber, finds out that his father, King Krichevskoy, is dead. Various power struggles ensue as you set out to take the throne by force, looking to become the true Overlord of the Netherworld. The play on an expectation that Nippon Ichi Software immediately portray is refreshing and opens the game up exponentially, allowing the player to get invested in – quite literally – Hell. Employing both a setting and a goal that is rarely used in conjunction brings out the best in Disgaea, letting the weird and wonderful never quite become the norm, especially so with the inclusion of the oh-so-loveable Prinny’s – Disgaea’s endearing and iconic “dood”-spouting Penguins – but just enough to bring amazement with each passing moment.

The battle system is equally unique, not necessarily in it’s methodical approach to the Tactics-like system, but more so in the manner in which it constantly turns the calamity up to 11. Each battlefield is covered by a grid overlay, all navigated via an on-screen cursor. The manner in which you tackle each battle scenario is largely up to you and, whilst there are optimal ways to maneuver each enemy combatant you find laid out before you, the game doesn’t dissuade you from finding your own path either. It’s also up to you whether you attack one-by-one or, alternatively, queue each action and have them play out sequentially at the end of your turn; Neither necessarily have an advantage over one another, but it’s nice to have the option regardless.

The aforementioned control mechanic, specifically being the on-screen cursor, is the only available input method – That’s right, folks. No touch controls. Whilst this may appear to be the first major misstep considering this is, after all, a Switch release, it soon becomes apparent as to why this was not included. The denizens of Hell are more than happy to show up in countless droves and, coupled with the labyrinth-esque nature that some battlefields resemble, touch mechanics would simply be too cumbersome to be of any use. It’s certainly a glaring omission, but not one without due thought behind it.

The major unique spin that Disgaea employs to differentiate itself from its isometric-ilk is the use of Lift and Throw mechanics. Having been a staple since first being introduced in 2003’s original, this allows you to quite literally lift your teammates and throw them to reach new areas, or expand their reach should your allies’ attack not quite reach without assistance. With such a mechanic, the game tests your abilities of sheer imagination, always politely demanding more of you in such a fashion that continues to bestow the magic that’s all so present throughout this definitive package.

And a definitive package this is indeed. Featuring the extra “Etna Mode”, found from Afternoon of Darkness, one of the many previously mentioned re-releases, this includes a unique spin on the story whereby Laharl’s companion didn’t wake him up from his slumber, but instead seemingly killed him. Instead, a Prinny is dressed up like Laharl in order to circumvent various plotholes and, as always, hilarity follows. Both English and Japanese voices are available, too, and both are just as up to scratch and in keeping with the overall feel of Disgaea 1 Complete to boot.

It’s most definitely a game that, should you enjoy it, will stay in your Switch for months to come. Countless hours of content lay before you; With copious amounts of characters to train, and even a specific dungeon per piece of equipment present in order to level it up, you can rest assured that you can easily spend upwards of 200 hours and still know that there’s plenty of life left in this 15-year-old gem.

Disgaea 1 Complete is an incredible remake of 2003’s uncompromisingly idiosyncratic JRPG breakout hit. Hundreds of hours await, endlessly toiling at copious dungeons and enemy encounters, and the sheer delight that battles manage to produce is never lost on you.