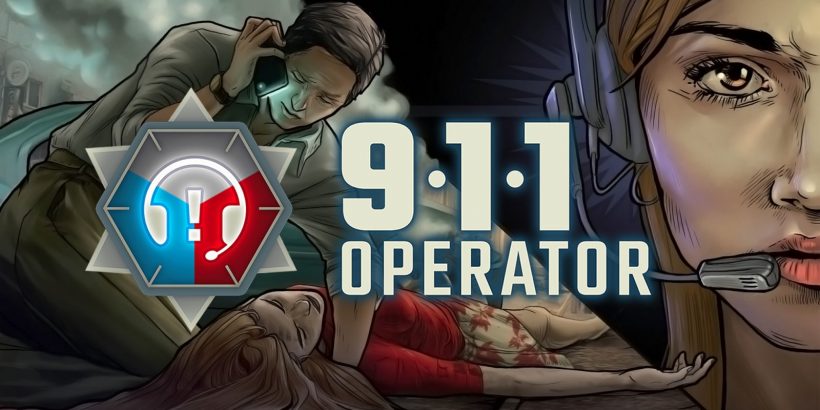 We’ve got ourselves a situation here…

With too many games on the eShop which play almost exactly alike (how many roguelikes do we really need?), it’s great to see games coming out which do something different.

911 Operator does exactly that. This sim places you right inside the mind of an emergency services advisor. You have to take on the responsibility of the intense, high pressure of the micromanagement required to ensure that the police, ambulance service and the fire brigade are able to take on the challenges of an urban metropolis.

It’s very lifelike, even if a little simplified. Presented with a basic map of the city, you’ll first have to select your emergency services ranks according to a tight budget, which can be spent on personnel, vehicles and key equipment. Then, you’ll need to position your forces across the city, ensuring you’ve ideally got one of each emergency service type within a quick travelling distance of every point on the map.

That’s where the chaos begins – incidents will happen all over the map, from cats stuck in trees to all-out gang warfare. You need to send the right units to the right situations, and with limited resources, decide which incidents to prioritise. Sending the fire service to stop a building burning down would be more important than to clear a road blockage, for instance.

It is nothing short of exhilarating when the game reaches full flow. You don’t even need to have the game running at the fastest of its four speed settings – having to balance getting the fire service one to one place, the ambulance to other places and ensuring backup and transport is sent to the emergency service teams that need them, and all the while picking up the phone to handle 911 calls, is a thrill.

With voice recordings for the 911 calls, this is a really effective sim at achieving the immersion effect. Much like in real life, calls will come in unexpectedly and often at times where you’re trying to focus on three other things at once. Luckily, you can multi-task here, flitting between the phone conversation and the map, so you can have an ambulance en-route to a casualty while you’re still on the phone taking details.

You also have a set of questions and responses you can choose to establish the severity of an incident, giving medical advise in some cases to relieve the strain on your already stretched forces. Then, of course, you’ll also get the calls from prank callers and drunkards, so it’s up to you to decide what really needs seeing to.

There are several cities to oversee in the game’s campaign mode (and you can pick from absolutely loads more in the free play mode), moving up in population density along the way. But it’s the scenarios these levels throw at you which stand out. Just as you start to feel comfortable with the more standard callouts, there’ll be a natural disaster or a terrorist plot, resulting in an impossibly high number of incidents appearing all over the map. It’s a great insight into what it might be like in real life.

There’s just a few small areas for improvement. A wider range of scenarios, as well as a longer campaign, would be welcome. And it would be rewarding to see some satisfying payoffs to the scenarios – you never really know if your contributions were the difference between life and death, and what becomes of the game’s heinous villains.

911 Operator is a joy to play, and you’ll want it to go on for longer. It’s not perfect, though – satisfying pay-offs to stories are absent, and it would be great to be able to purchase new resources during a level.