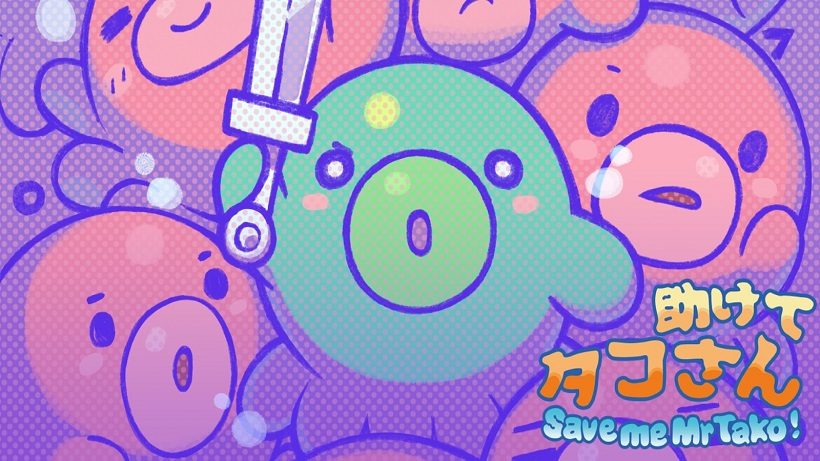 It was acceptable in the 90s

If there is one thing that the indie revolution has brought us, it is an influx of nostalgia-based pixel platformers. There is nothing inherently wrong with a game using the aesthetics of the past, as some can use it to great effect. Save Me Mr. Toko!, however, uses the visual colour palettes inspired by the Game Boy and SNES peripheral – the Super Game Boy – as its core visual gimmick. Just because it was acceptable on the Game Boy, due to the technical restraints of the handheld, doesn’t mean it works today.

The visual features of Mr Tako work like they would were this an actual Game Boy game using the peripheral. As different colour palettes can be chosen (using L or R) as well as optional borders which you can chose from with a range of different styles. Another element (which isn’t on the Super Game Boy) is that you can chose the aspect ratio of the game, the default is the standard 16:9 that fills the screen, but you can switch to 4:3 imitating the Game Boy. This can be altered further with a bordered widescreen or an even smaller 4:3. If you want to further pretend to embrace the illusion of playing a Game Boy game, you can even select a Game Boy styled border.

When playing Mr Tako, you’ll likely only be using a couple of the colour palettes available, as most are headache inducing and some simply make the game impossible to play. When using a colour where you can actually make out the scenery, you’re presented with a fairly standard platformer that can’t make up its mind whether it wants to focus on some form of combat or puzzles. It’s a shame as there are moments where the puzzles start to become interesting, but as soon as it is about to pay off, you’re back to generic platforming.

The game also can’t decide whether it wants to be a pacifist experience. The main character, Tako the octopus, temporarily disables enemies with his ink preventing them from attacking you for a moment and effectively turning them into additional platforms. You also take control of different humans as the game progresses, one of whom kills enemies with a sword, but during these points, the pacing completely falls apart resulting in tedium.

Taking focus away from Tako is an odd decision, as the attempt of providing inventive gameplay comes from the different hats that he can wear which give him different abilities, as well as acting like a shield. When Tako isn’t wearing a hat, he is completely defenseless and will die in one hit. Early on this seems like an intriguing challenge, but later it becomes frustrating with each death feeling cheap.

The Game Boy comparisons are apt given that Mr Tako was designed as a tribute to the handheld. Despite sincerity in its imitation of the handheld, it doesn’t result in an interesting game. The heartfelt effort behind the game just about shines through, but the result is a soulless simulacrum. That’s not to say that there won’t be those who will enjoy this nostalgic throwback, but if you are looking for a platformer that does something distinctive with its gameplay, you’ll need to look elsewhere.

Save Me Mr. Tako!

Save Me Mr. Tako! succeeds in its aim of recreating a Game Boy game. Unfortunately, that is all that it succeeds in. It is a competent game but relies too much on cheap deaths to pad out its mediocre gameplay.