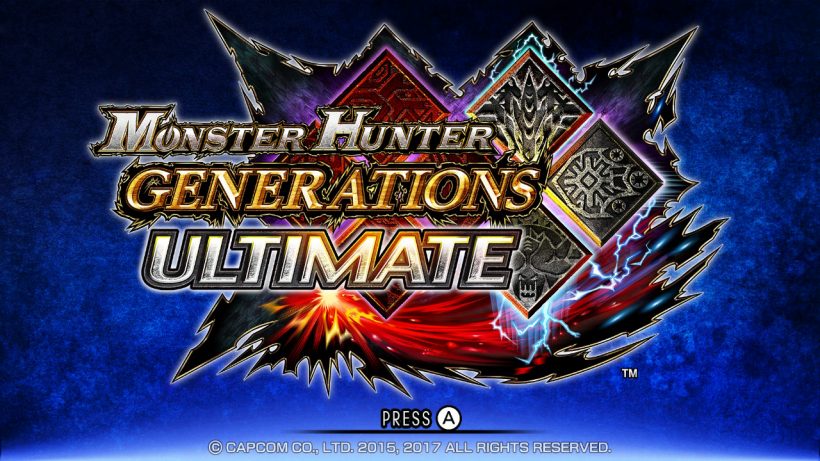 The size of these monsters. Ultimate units.

It’s taken its sweet time but 2018 is finally the year that Capcom’s long-running Monster Hunter series has transcended its status as mere Japanese phenomenon to global domination. While it’s bittersweet then that Nintendo, who have hosted the series’ on their platforms for the best part of this decade, had been missing out on these celebrations, finally having Monster Hunter Generations Ultimate on the Switch to play either at home or anywhere is far from a consolation.

You wouldn’t be wrong to think that this late port feels like a step backwards for the series. It’s after all an enhanced edition of a 3DS game, which is inescapable in how it looks despite the added HD sharpness, while maps are also divided by split second loading times into smaller areas. 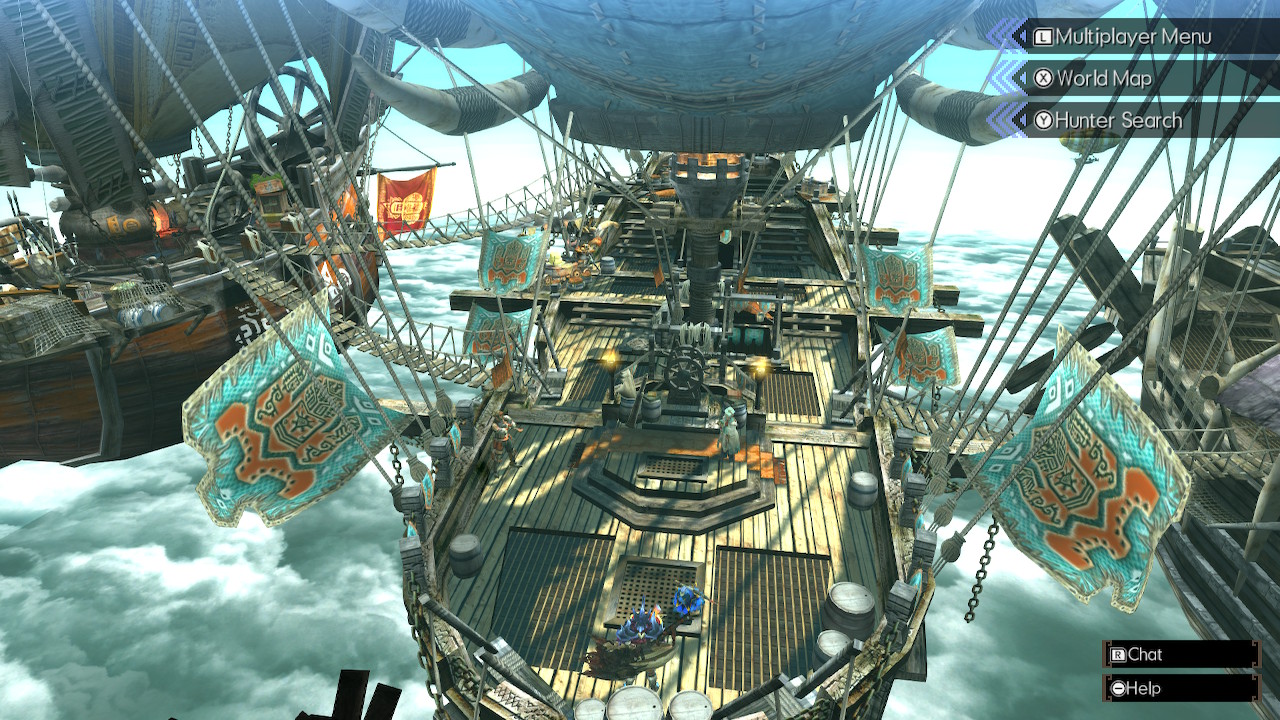 The more challenging aspect will be getting to grips with the admittedly antiquated systems, whether that’s navigating the unruly jungle of menus, respecting the unskippable animations for every action, or having to do your share of less exciting chores in gathering materials with breakable tools or picking off smaller monsters before you can get onto the main course of monster hunting. You could nitpick for longer on the quality-of-life conveniences that are missing in this game, but the most important part is that once you’ve acclimatised to its rules and rhythms, the rewards are manifold.

As a greatest hit for the series, Generations Ultimate provides a humungus smorgasbord of colossal beasts both new and old to hunt as you enter that most intoxicating and satisfying loop of fashioning their body parts into more powerful gear so that you’re strong enough to hunt even more formidable monsters.

The base game was already huge, with over 70 large monsters to hunt, which makes for a greater variety of species. The wyverns may be the headliners, but you’ve also got the serpentine Najarala, the bear-like Arzuros, or the crab-like Ceanataur, to name just a few examples, each with their own unique behaviours to figure out. Even the dated visuals aren’t enough to diminish the majesty of seeing these creatures in action, whether a Rathalos is raining fireballs down on you or you’re chasing a wild rabbit-like Lagombi across the icy tundra. Most importantly, it’s still immensely satisfying when you’ve landed the finishing blow on a monster that’s been battering you for a couple hours previously. 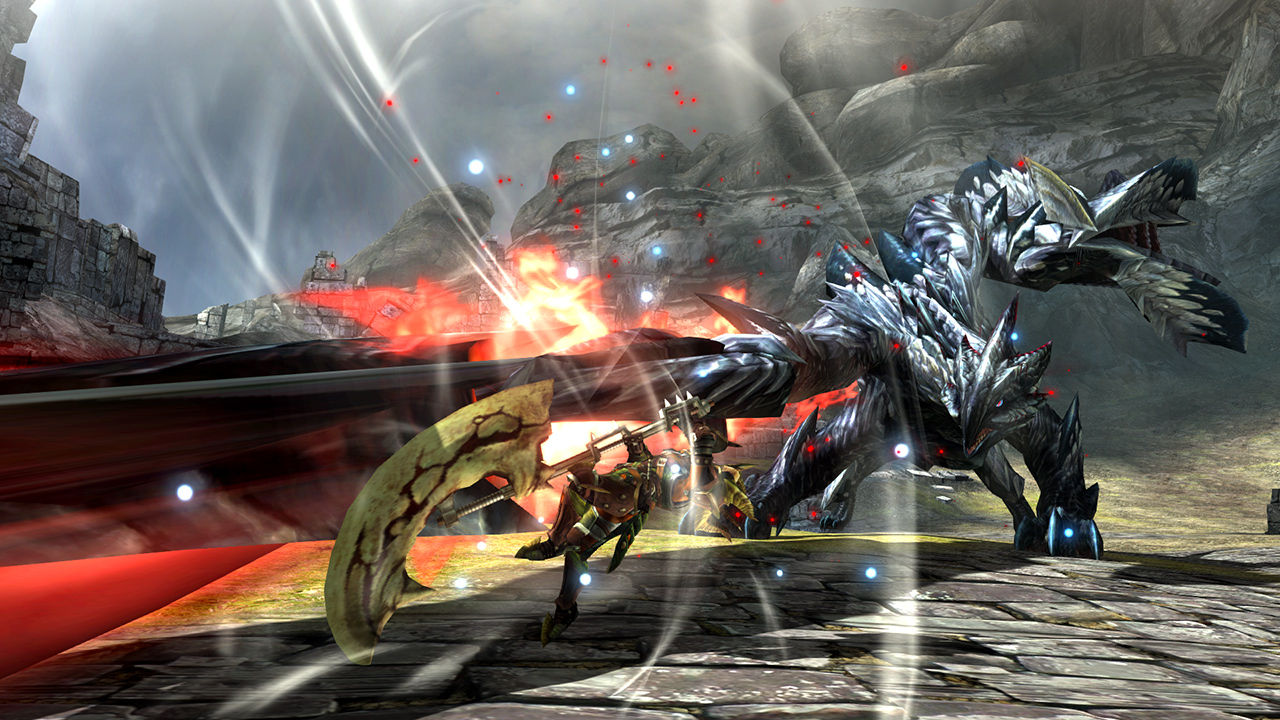 All this culminates in showdowns against four behemoth flagship monsters nicknamed the Fated Four to test your mettle. There’s not much of a story there, even if the towns you visit are full of quirky charm, but then you’re really here to do what the game says on the tin.

The Ultimate aspect expands that line-up. Firstly, there’s an all-new Elder Dragon called the Valstrax that’s just on another out-there level – the thing basically shoots lasers from its wings. It’s also an excuse to bring more classic monsters into the fray, from the rock-tough Barroth to the amphibious shark hybrid Zamtrios. Old locales also make an appearance such as the Ancestral Steppe from Monster Hunter 4 Ultimate, as well as an all-new airship hub with its own research lab that can greatly expand item supplies to help those out against the much tougher hunts in the late game. All in all, that’s over a hundred more quests that can easily have you spending another hundred hours rinsing and repeating hunts all the while acquiring all the necessary loot to forge all that gear you have your eye on.

Best of all is that those who have already played Generations on 3DS can download an app to transfer their save data to Switch. It won’t transfer over certain things like your play time, but it’s definitely great being able to jump straight back into the action without starting from scratch. That said, there’s nothing stopping you from working your way up a new armour set or mastering another weapon type from the 14 available, though in this case, I relied on my trusty Long Sword with its swift and meaty combos.

A variety of Hunter Arts also mixes up play styles, where after building up a gauge in combat, you can activate special skills to give you an edge, from buffs to killer counter attacks. Ultimate includes an additional two styles, Valor and Alchemy, the latter allowing your hunter to act more like a support by crafting field items on the fly. The good thing is you don’t have to stick with one Hunter Art and can equip a different one back in your room, though Dark Souls fans who understand the importance of a dodge roll will feel right at home with Adept style. 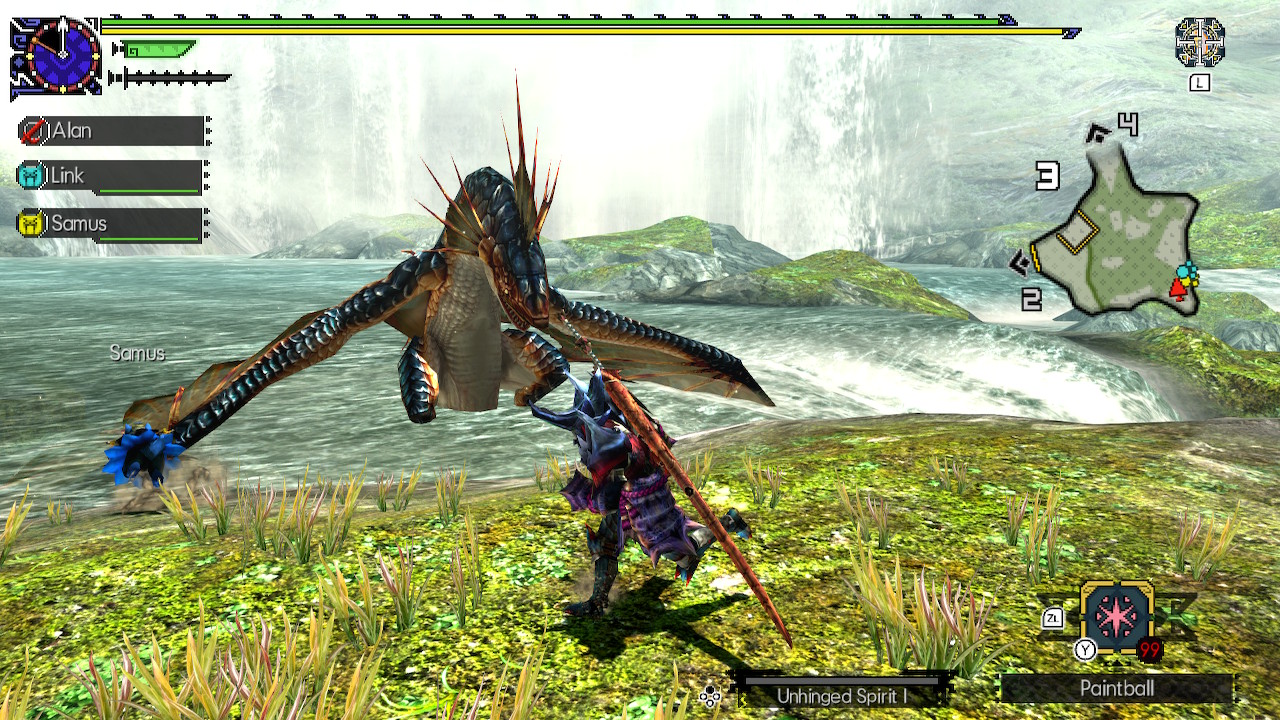 Though based in a separate hub to the solo campaign, multiplayer elevates the Monster Hunter experience, whether playing online or in a group of up to four together wirelessly. While it’s going to be best for four like-minded pals communicating to take on the most fearsome monsters, something not currently supported with the Switch Online app, there’s still surprises teaming up with strangers online, whether you’re suddenly joined by a ridiculously over-ranked hunter who can quickly make short work of an Astalos, or help out in another’s urgent quest to rank up, either typing in short pleasantries or using one of the many charming gestures to express yourself.

For the most hardcore of hunters, the multiplayer aspect is also where the biggest challenges lie as Ultimate includes the ever-elusive ‘G-rank’, where monsters aren’t just tougher but have much more fiendish new abilities and behaviours not seen before. Whether or not most players will ever get there is another matter, but even if you don’t, there’s also tougher variants called Deviants, which are your other source of acquiring rare gear, though those up for a challenge can also just attempt multiplayer quests by themselves where monsters are already scaled up in difficulty.

With the series finally getting the acclaim and success it deserves on the world stage, and the Switch being a dominating force, it means Capcom will most definitely find a way for the series to continue on the platform. While it would have been ideal for this version to have been released last year like in Japan before the series journeyed onto the brave new World, Generations Ultimate is nonetheless an absolutely essential experience and generously ginormous in what it offers.

Once you get past its daunting and archaic systems, Monster Hunter Generations Ultimate continuously challenges you with the most thrilling gameplay and rewarding loop few games can match. Meanwhile, veterans will also feel at home – ‘G rank’ awaits you!