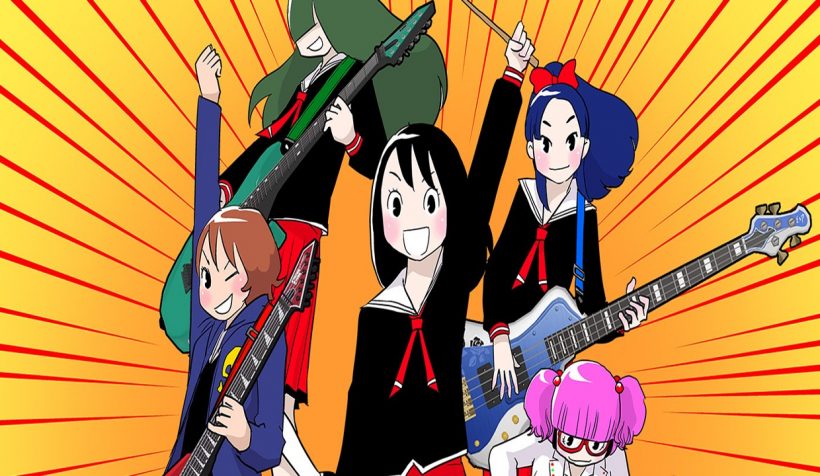 Gals don’t want boyfriends, they want to form their own metal band and fight aliens.

Looking at Gal Metal, I thought I pretty much knew what to expect: a metal, idol band that I would be helping throughout their school year through the use of sick beats and motion control. Uh, yeah, how wrong I was.

I mean, I was only somewhat wrong. In Gal Metal, you really will be using motion controls in order to drum your way through songs, and you will be helping your schoolgirl friends – only you’ll be helping them destroy aliens from outer space, rather than pesky exam questions. From that premise alone, you’re probably right in thinking that this is a game that doesn’t take it’s too seriously.

Only, the motion controls in Gal Metal are anything but silly. Defeating aliens from outer space through the heavenly song of metal is serious business, particularly if, like me, you wouldn’t know what rhythm is even if it hit you in the face.

Of course, you are able to change what controls you use if motion controls aren’t your thing. That means you can use your touchscreen like idol games on mobile, or you can use buttons. Though, if I’m being real with you all, it isn’t half as fun to use those two options. The only problem with that is if you don’t like motion controls, you’re just not going to have much fun in the first place.

But let me set the premise of Gal Metal. Due to the existence of metal (the music genre that is), humans have unintentionally been killing off the alien race and so, it’s payback time. You, the protagonist, will lead Earth’s defence by turning to your greatest weapon – the metal band that you’re a member of. No I’m not kidding – this game is just that wacky.

You know the story, and you know that you can use motion controls. But how does it feel to play? Well, if I’m being honest, it downright felt far too hard for my liking. That isn’t necessarily the game’s fault and I’d never fault a game for being too difficult, but the lack of inaccessibility of fun controls, nor even an option to pull down the menu while playing so you can see which beats to hit, makes Gal Metal a frustrating experience.

If you can look past that, there is some enjoyment to be found with drumming in Gal Metal. When you swing the left Joy-Con, you’ll hit the snare drum, whereas with the right Joy-Con you’ll hit the kick drum. Swinging both? You’ll hit the cymbals. Getting a rhythm with these three controls can be rewarding, especially when you do a combo that you didn’t even know was possible.

Unfortunately, just hitting the beat in the right way doesn’t grant you instant victory. In the game, you’re supposed to mix things up with a variety of combos, and after jamming for so long, you should remember at least a few. Only, timing is everything. It’s not just about hitting the right beats, you’ve got to match it to the song. When you lose that rhythm and must start again, you lose your combo and it’s difficult to get back into the flow of things.

That said, Gal Metal isn’t just about drumming. What it may lack in motion control fun, it makes up by being one, great to look at and two, having an appealing, realistic world beyond fighting aliens. One of my favourite parts of the game was hanging out with my fellow schoolgirls and getting to know more about their dynamics.

Instead of them being just caricatures (aka the delinquent, the shy one, the geek, etc) they’ve got their own personalities beyond that. Efi likes to joke around, in spite of her shy nature, and Shimi will talk your ear off about metal, at the same time as helping stray kittens cross a road. Kia loves to speak science, but she’d go out of her way to speak to you about anything troubling you. And Mani? She looks completely innocent but just wants to talk about guts and gore in zombie movies.

There are a lot of moments in this game that truly lets you know that this is based in Japan and I adore it. The conversations on a text-message system similar to LINE (Japan’s most popular messenger app) are one of those moments, and often left me giggling. The use of wacky, over-the-top emoji’s and changing of subjects to speak about, allows the player to see who these girls are beyond being band members of a metal band.

Furthermore, the game encourages you to get to know them outside of the band. Hanging out with your friends garners you different points that’ll improve your score when you battle against the aliens. For example, hanging out with Shimi earns you GUTS attribute points, extending the time you can spend in the day doing your own thing. Whereas, if you just decide to work part-time in a construction factory, you’ll earn PASSION points, which will double your score if you do particularly well with a combo.

It’s great fun, but after a while, the game can get a little boring. 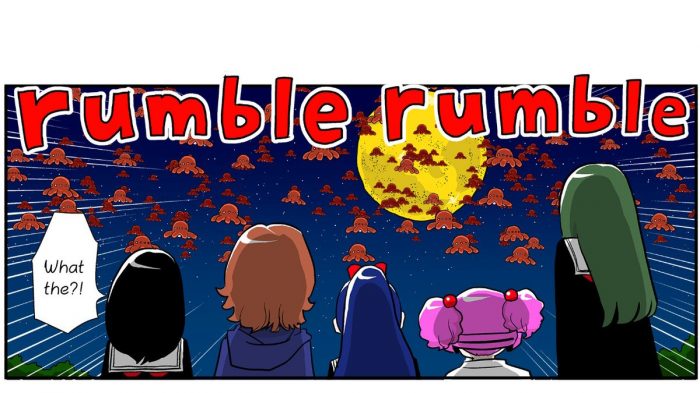 There’s only so many times you can beat up aliens before it gets tiresome.Sometimes a story can go on for too long, and that has never been more clear than with Gal Metal. Getting to know your friends is fun, but the scenes are too short and then you’re just left with the main story to do – which is a complete slog once you pass the half-way point.

After beating the aliens once, twice, three times, etc, you start to wonder when things will shake up. Yet, when it does, the impact feels so light-hearted that you’re left wondering why the game hasn’t ended. It’s just far too long, and doesn’t add anything meaningful.

Which is why, overall, Gal Metal is a painfully average game that I’d say is suited only for those who love any excuse to use motion controls. Or, barring that, are into games where girl power and metal work together in beautiful harmony. There’s nothing wrong with Gal Metal, but the wit and fun from the beginning of the game gets lost quickly, the game becoming a monotonous slog.

Gal Metal starts off strong with its appealing world and witty protagonists, but falls victim to becoming monotonous when it reaches its halfway point.