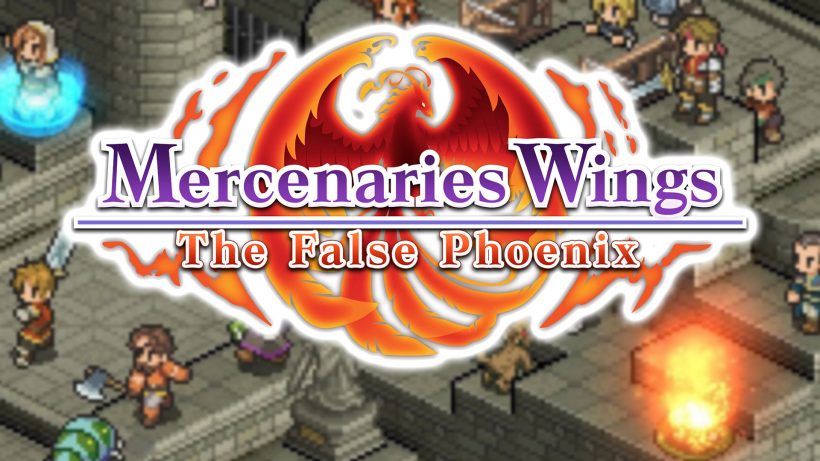 Mercenaries Wings: The False Phoenix is a tactical JRPG that puts you in the shoes of Jeremy, Cecil, and Francis – a group of mercenaries called the Crimson Birds. As mercenaries, they fight for the highest bidder, but it is up to you, the player, to choose whether their loyalties, as well as them as people, will change as the story continues.

Frankly, the story for The False Phoenix is its weakest component. It’s very bland and simple, and while there are promising characters, particularly Cecil and Eunice, their potential is often squandered due to lackluster dialogue, and/or poor translation. It’s a shame too, because there are moments where you can practically see fantastic characters are desperately trying to get out of the shell of stereotypes that they’ve been placed in.

Fortunately, the combat is nothing short of excellent. I’m a big fan of tactical, turn-based gameplay, and if you are too then you’re going to enjoy The False Phoenix. You start off by positioning your characters, the first character being your leader of the group and thus giving you a leader ability such as ‘extra HP’, etc.

How you position your characters is important, as some will be unable to get across certain terrain whereas others will use it to their advantage. Positioning above or behind an enemy will give you an advantage, whereas vice versa will put you at a disadvantage. Certain enemies will also be resistant to different attacks, so you need to aware of this as you plan your approach.

You’ll also be encouraged to grind in the False Phoenix. In other games, you may be able to do this by exploring and attacking random enemies you come across, but in this game, there is little to no exploration. Instead, you’ll be brought to a screen that will allow you to shop, fight enemies in a pre-determined battle, continue the story, save, and change your settings. Choosing to fight enemies will help you level up, and spend points in upgrading your characters, making them strong enough to continue the story without having your butt handed to you.

While not having the ability to explore can seem like a bad thing, I actively found myself enjoying it. Sometimes a game simply has too much to do, and I appreciated that I could get into the more exciting parts of the game without needing to wade through the muck.

Overall, while Mercenaries Wings: The False Phoenix is an enjoyable game, it doesn’t actively have anything that’ll make you want to go back for seconds. The combat is great, but the characters and story are incredibly plain and immemorable to the point that they actively drag the game down.

Mercenaries Wings: The False Phoenix is a fun, tactical game that is ultimately let down by its stereotypical, plain characters and a dull storyline. Fans who appreciate strategy should give it a try, but shouldn’t get their hopes up for anything beyond the game being ‘good’.