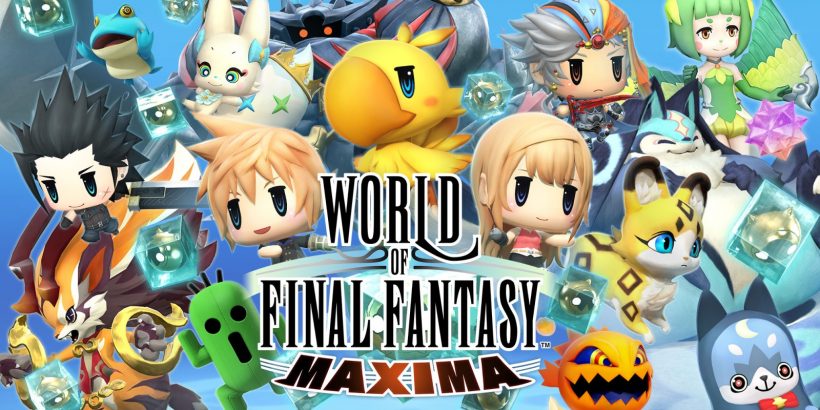 Final Fantasy has had an on-off relationship with Nintendo over the years. The games have appeared both on handheld and home console systems – the original recently appeared on the NES Mini – but the series skipped over the Wii U era as Nintendo struggled to get any traction with the support of third-party publishers on the maligned system.

But Square Enix have returned big time with the Switch – World of Final Fantasy Maxima is the first of a bunch of games that are making the jump over to Nintendo, with Chocobo’s Mystery Dungeon Everybuddy, Final Fantasy XII: The Zodiac Age and a bunch of previous titles in the series all expected to arrive in 2019.

Characters can switch between their normal and Chibi forms, and this makes an impact on your tactics in battle. Enemies appear randomly, despite the chibi appearing on your screen when you play through the tutorial section early on, and it’s the traditional turn-based battling system which has you deciding between attacking, defending or catching them – playing this not long after playing through Pokemon Let’s Go, the similarities in this aspect were readily apparent.

After catching monsters, you can ‘stack’ them for use in battle – stacking them quite literally means sticking them one on top of the other on top of a character’s head, which has the effect of blending the stacked characters’ capabilities for tactical input in battle. When caught, ‘mirage’ monsters have a skill tree on which you can spend points on unlocking new abilities.

There’s a lot to learn though, and a very long and wordy introduction starts the game with an information overload. Tama, the character who acts as your guide through the ins and outs of the game, has got to be the most annoying character in the whole of video games – yes, even more so than Navi in Ocarina of Time. With her annoying high-pitched voice, she’s supposed to be cute, but she adds the word ‘the’ into her speech in the most irritating way fathomable, and it was very easy to hate her very quickly. Thank the Lord for the ability to use R to race through all of the text – it’s a LONG time before you’re into the action.

While I’d probably say that World of Final Fantasy Maxima is not the game to be introducing those new to Final Fantasy with, the story is good enough to pick up on without knowing much about the series’ past. But the gameplay itself, with all its grinding and upgrading, takes a lot of effort to get into as a newbie. Veterans, of course, will get all the nods to characters from the main series. The most satisfying bit is the story – but in order to follow it all, you’ll need to put in a lot of hours of perserverance.

World of Final Fantasy, while a spin-off, still offers a deep Final Fantasy experience. You need a lot of patience for grinding, however, to follow along with the story.