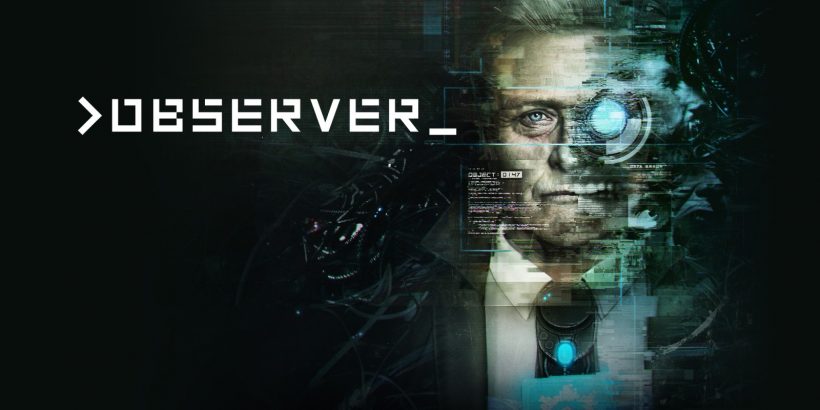 References to Blade Runner are always welcome, and you can tell from the game’s opening text crawl that the developers have a lot of love for existing sci-fi, but the way Observer creates its own unique cyberpunk world is awesome. Constraining the narrative to a derelict apartment building in lock-down, featuring interactions with tenants, propaganda lining the walls, crime scene investigations and email threads found on computers (all of which can be found in a disjointed order, or not found at all), the game’s composing elements all blend together to shape the detective’s story, and give you through-the-keyhole glimpses into the world and lore Bloober have created, making it feel that much more lived-in and harrowing.

Using Daniel’s physical augmentation, the Dream Eater, tenants in the building can be interrogated, and this is where the real terror comes in to play. These nightmarish dreamscapes are linear fever dreams, centring thematically around each character’s fears and memories, and give both the player and Daniel exposition as to what’s going on. From prisons to office blocks, to expansive forests in which you’re hunted down by malformed creatures, these segments are chilling, jarring and almost offensive to the senses, throwing a myriad of Cyberpunk imagery in your face at lightning speed.

Rutger Hauer himself, who gives a stoic, measured performance not unlike Harrison Ford’s Deckard, was much needed when calming a situation post-scare, and he does a great job of rationalising situations and garnering information from tenants, whether that be talking to them over their intercom systems or forcibly plugging in what is ostensibly a USB lead into the side of their head. He’s seen things you people wouldn’t believe.

Part-City 17, part-Tron, overlaid on the foundations of Krakow, Observer’s graphical fidelity takes an expected hit resolution-wise on Switch, and there is the occasional chug or slowdown in frame rate, alongside some weirdly dark segments that had me having to ramp the brightness up a touch to be able to actually see what I was doing. Fortunately these hitches don’t do quite enough to affect the experience, and in some instances the retrofitted, CRT scan-lined style actually worked strangely well in aiding the hallucinatory immersion of the Dream Eater segments.

The Switch version also makes use of the console’s touch screen in handheld mode, HD Rumble and even partial motion-control with the Joy Con. It may not be the most technically sound version of the game, but it’s a valiant port that’s had a lot of effort put into it, and it gets the best performance it can out of the hardware.

Observer may be a little rough around the edges on Switch, but it’s an incredible psychological horror experience, and Bloober are right to refer to it as one of the most advanced cyberpunk games on Switch. With some incredible Sci-Fi dream set-pieces, and a harrowing dystopian world starring Rutger Hauer, it’s easy to recommend.