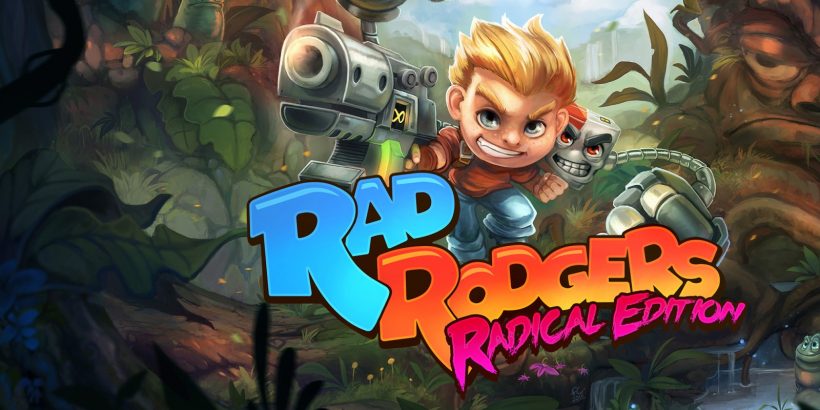 Arriving late on Switch but in a definitive form, Rad Rodgers has stumbled its way onto the eShop as a more complete package, promising a 2D platformer which pays homage to action games of the past.

Rad Rodgers: Radical Edition features all of the content present in the original release on other platforms from back in 2017, but to make it worthwhile for potential new customers or double-dippers, developer Slipgate Studios has attempted to instil it with some new gameplay ideas and levels. 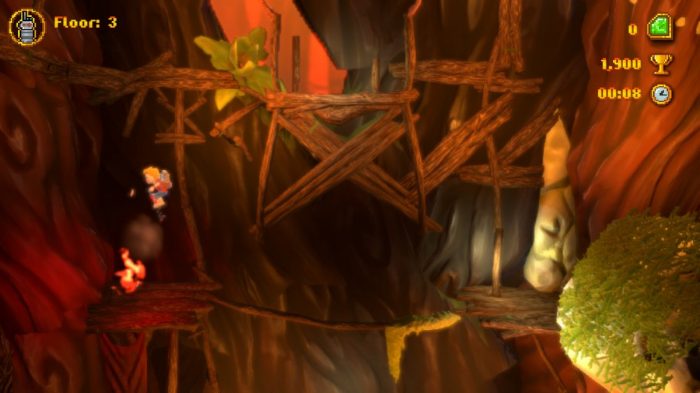 For those not yet familiar with the story of Rad Rodgers, we see protagonist Rad sat up late playing video games when his mum tells him it’s time for bed. Being the obedient child he is, he turns off his console and goes to sleep, but is awoken in the middle of the night by the glow of his television. Intrigued, he approaches the set, but is suddenly sucked inside of the TV. It is inside the TV where he discovers his games console has come to life; it now calls itself Dusty, and has summoned him into the game he was playing because it has become a glitch riddled mess.

Rad Rodgers‘ levels see you side-scrolling your way through various platforming challenges, shooting enemies and collecting the keys scattered around various places along the way. There are four keys in each level which will open the level exit when collected and allow you to progress. Unfortunately, there’s nothing much going on in the gameplay that we haven’t seen many times before, and that makes for an underwhelming experience on that front.

For sure, the most enjoyable part of Rad Rodgers: Radical Edition is the writing. Rad is a hark back to the Nineties; he has a bit of an attitude, with a degree in sarcasm which definitely appealed to my personal humour. Despite his youthful appearance, he is prone to dropping in the odd swear word from time-to-time too. There is a setting in the options that lets you turn down the crudeness of the story, but this is one of the game’s most redeeming aspects; without that sense of humour, this is a pretty bland platforming affair.

The game does have its fair share of unlockables, with bonus levels taking the form of mini-gamesafter every mainline level. These vary from pinball machines to a Doodle Jump style level, but by far the best unlockable in the game is a playable Duke Nukem, classic voiceover included. 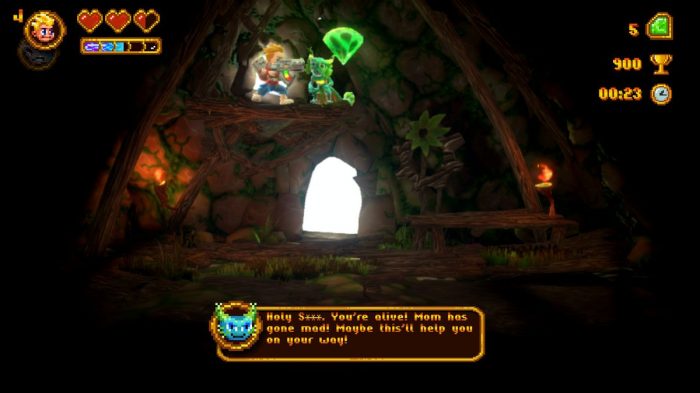 It’s a shame that Rad Rodgers doesn’t manage to save itself from mediocrity on the platforming front, because with a little more thought put into level design, this could’ve been a must-own Switch title. Instead it’ll be swamped in a busy Switch platforming market.

Rad Rodgers: Radical Edition is a game which is unsuccessful in finding a unique identity in a somewhat crowded genre, which is a shame due to its potential. It’s great in concept, but mediocre in execution.