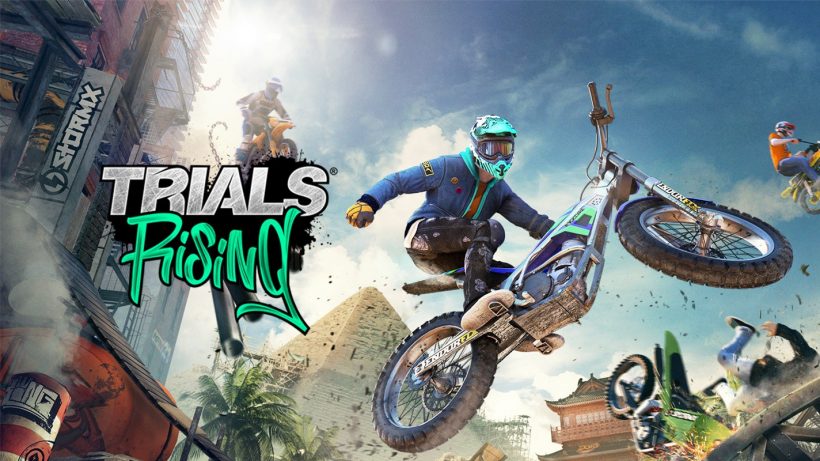 Trials has, since the first incarnation as a browser-based flash game back in 2000, delicately teetered on the precipice of being just too damn frustrating, yet still fun enough for you to have that inevitable ‘just one more go’ moment.

Despite not being mechanically adept with my execution, however, I more or less manage to achieve the desired outcome from level to level, game to game and – although I wouldn’t consider myself a glutton for punishment – I absolutely love it. It’s a shame, then, that Trials Rising has needlessly convoluted the simplistic nature of accessing each challenge and falters on technically-focused levels that subtract from the precise execution required to pull off the balancing act that Trials masters on other platforms.

Gameplay-wise, each level is still a balancing act – quite literally – of marrying throttle control with weight distribution, precariously traversing from point A to point B. Level variation is, thankfully, delivered copiously throughout, with aesthetic highlights being shown early on, later making way for more frustrating endeavours at the cost of fewer environmental distractions. This particular port is graphically stripped back from its more powerful brethren, dropping the frame rate to a target 30 and showing less on-screen extravagance by the means of purposeful additions such as weather effects to cover up what would otherwise be detailed backdrops.

In regards to the frame rate, this was particularly hit or miss. It would, as expected, deviate more in handheld mode, but drops weren’t always consistent between scenarios. Whilst I wouldn’t go as far to say as they caused a great share of my many failings, they were most certainly distracting and did very little in circumventing my eventual rage. In docked mode, the frame rate mostly held its own and was less unwieldy between the inevitable retries. It’s undoubtedly imperfect, but not the nuisance that playing in handheld first felt.

Whilst each level is the main challenge you’ll find from a direct gameplay perspective, the means by which you unlock later levels dramatically dampens the experience, turning the general process into a tedious grind. Where level unlocks used to be tied to meeting arbitrary medal requirements, Rising instead opts to lock later levels behind your overall player level, something that inexplicably doesn’t correlate to the amount of experience you earn the further into the game you are.

This results in having to slog through the various ‘optional’ contracts littered throughout, slowing your progress and killing all momentum down to a halt. Arguably the greatest shame that befalls Trials’ latest, however, is that the Switch controls mean that you are either fully on the throttle or not at all. The lack of absolute precision isn’t necessarily RedLynx’s fault, but it’s by far the biggest detractor that Trials has and, unfortunately, cannot overcome.

Trials Rising is the latest of the nearly-20 year phenomenon which, unfortunately, proves that less can indeed be more. The addition of the mid-game grind immediately dissuades the player from continuing and, coupled with the Switch version’s shortcomings, only highlights how great we used to have it.