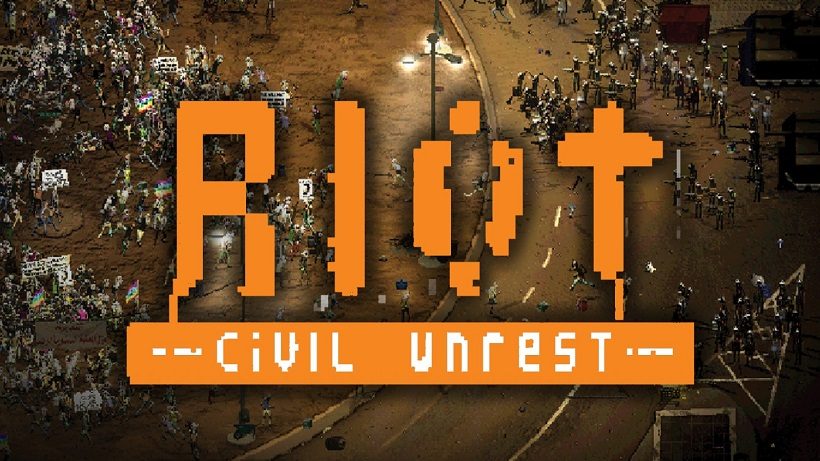 RIOT – Civil Unrest is described as a “real-time riot simulator” with the inspiration for the game coming from the creator’s own first-hand experience of observing rioting at a protest in Italy. The aim was to create a game that helps tell the stories behind clashes between crowds and police without making broad statements as to who is right and who is wrong.

This is certainly an interesting premise; it’s just a frustrating shame that RIOT fails to provide the nuanced insight that the creator was aiming for. The game is split up into different protests that have occurred around the world, which are further broken up into individual riots that formed part of the wider movement, and each protest can be tackled either by controlling the police or the protesters.

Both sides are broadly controlled the same, but the equipment and tactics at their disposal differ quite significantly, providing the only interesting aspect of the gameplay mechanics. Each riot presents one of the game’s limited number of objectives as its sole goal, with these then rotated from level to level. The protesters and the police will chase these same objectives. These objectives do, however, differ depending on the location of the riot, with each side trying to prevent the other from achieving their objective successfully. Objectives involve either holding or taking a location, or destroying/protecting things for a given time limit.

Due to the basic shared objectives, clear differentiation between protesters and police is essential. The police have a selection of different officer types to choose from, but in-game the main variation is the ability to change each officer group’s formation. This can alter the defensive/offensive approach to better suit the surroundings, be it trapping or blocking protesters. Talking of protesters, they have a whole arsenal at their disposal, but this is overwhelming and in practice, it is not always obvious how effective these different tools are. The police take a more strategic approach compared to the haphazard tactics of the protesters.

On a basic level, the mechanics do kind of get the point across of how riots can explode into anarchy at a moment’s notice. Things can get set on fire and people get hurt – that’s what rioting is all about, after all. But unfortunately, this is not enough on its own to carry the sense of self-discovery that the game wants you to experience as you form your own opinion of the complexities of protests. There is a near complete lack of additional narrative context, which makes for a disconnect to such an extent that when you finish playing through a protest it is unclear whether or not you were ultimately “successful”. Not quite the riotous fun we were after.

RIOT – Civil Unrest is an interesting concept poorly executed, resulting in a tedious game that fails to achieve its own lofty aspirations. The distinction between police and protester is valid, but is executed in a way that leaves you wanting greater insight.