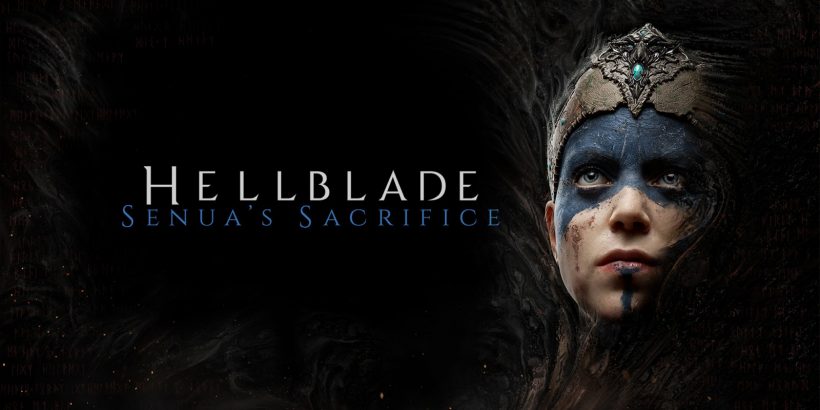 Hellblade: Senua’s Sacrifice is a hard game to categorise; at the time of its original release, publisher Ninja Theory labeled it as an “Independent AAA” game. Regardless of its status, it is an experience like no other, and one of the most impressive-looking titles on Nintendo Switch to date.

Throughout its eight-hour-long campaign, Hellblade uniquely depicts the sensitive subject matter of having a mental health illness – specifically, psychosis. This campaign takes the form of a nordic version of the Orpheus mythos; in the third-person perspective, the player takes control of Senua, a viking warrior with the daunting task of going to Helheim (the Nordic equivalent of hell) to recover the soul of her loved one. Along the way, she must face not only the challenges presented by the Nordic gods, but also her own inner darkness.

The arguably “indie” aspects of Hellblade can be seen in how economic it is with certain aspects of gameplay. There are moments during the campaign that you can choose the order of events, but, in general, Hellblade is a very linear game. The only optional collectables are some lore runes that you can find when exploring, each revealing a segment of a Nordic myth, adding greater contextual depth to the game’s world. The primary focus of Hellblade is Senua’s story, with its gameplay composed entirely of combat, puzzles, and narrative events.

Hellblade’s combat is surprisingly satisfactory. Senua is a capable swordswoman, performing light and heavy attacks with Y and X, respectively; against shielded enemies, she can open with a kick using A. The combat also has a somewhat rhythmical element added to it, requiring that you carefully read your enemies’ movements and react accordingly, evading their attacks with B, or defending with R. A well-timed defense will result in a parry, breaking your enemies’ defenses and allowing for retaliation. This all comes together to create a complex combat system, made even more interesting due to Hellblade’s impressive use of binaural audio.

Senua’s psychosis is central to the narrative, and is also integrated into the game’s mechanics. Her mental illness manifests as a creeping darkness that expands through her body the more she fails. Once it gets to her head, it is game over, and you lose all your progress. This adds a toll to every death and failure, as you never know how much you can still push. Senua’s psychosis goes far beyond that, though, also negatively affecting her sight and hearing.

The puzzles in Hellblade also make use of this aspect, involving perspective-based tricks and optical illusions. One recurring type of puzzle involves finding Nordic runes throughout the scenario in order to unlock a door. You must explore the environment in interesting ways, determining if what you see is real, or not. In general, the puzzles aren’t particularly mind-breaking, but they do add a sense of challenge, and add depth to Senua’s psychological state.

The aforementioned binaural audio is a crucial element to every single aspect of Hellblade, be it narrative, puzzles or combat, and is also one of the most impressive. Voices, dialogue, and other sound effects can be heard using either one of your ears, or both together, at different depths and volumes. Senua is accompanied by many different voices that represent her broken mind. They can be contradictory, pessimist and reluctant, but they can also be helpful, giving you tips about puzzles and during the combat. Consequently, Hellblade is a game better played with headphones.

This whole audio-visual experience wouldn’t be as impressive, though, if not for the superb presentation and the outstanding performance done by Melina Juergens. Senua is an extremely relatable character with intense emotions and a powerful dramatic arc. This is all pictured with an eye-catching photo-realistic art style. Although some compromises were made so that the title could run on Switch – in particular, you may notice FPS drops during the more convoluted segments – Hellblade still manages to be one of the most impressive experiences on Switch.

When you consider everything that Hellblade: Senua’s Sacrifice has to offer, it is undoubtedly a game with a limited, yet focused, scope. It realises very well its strengths and limits, and has had time and effort invested in all the right places.

The result? Hellblade: Senua’s Sacrifice is a superb experience unlike any other you have had on Switch to date – or indeed anywhere.

With the body of an AAA title and the soul of an independent game, Hellblade: Senua’s Sacrifice presents a poignant narrative about mental illness. It is one of the most impressive games on Switch, both due to its visuals and its one-of-a-kind experience.