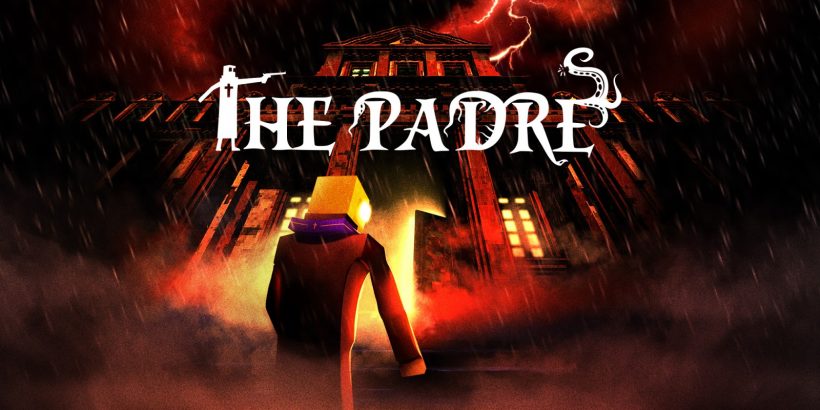 We can never get enough of good horrors. The Padre is the newest addition to the Switch eShop’s burgeoning library of horror titles, but sadly it isn’t one which should be considered amongst the genre’s elite.

Much like the first Resident Evil, in The Padre you explore a devilish mansion at a slow and cumbersome pace, solving puzzles from room to room while uncovering the mysteries of the building as you go. Again like Resident Evil, monsters and ghouls will emerge from the shadows to hunt you down, and ammo works against you – but it’s in a much more unforgiving fashion in this game, and that might not even have been intentional on the developer’s part.

You see, combat is done through melee weapons or with guns, with limited ammo at your disposal. There’s no health meters at play here, so it’s simply a case of whacking enemies as often as you can while trying to avoid taking on damage yourself until either party suddenly succumbs to their injuries. Actually striking your enemy isn’t easy, and there’s very little reception included to derive a sense of satisfaction from the impact.

The game is presented in that Minecraft-style blocky fashion which has become all too commonplace of late, and it is these voxel-style graphics which prove to be the game’s main flaw. As a chilling horror title, the look of the game ruins the effect – it’s pretty difficult to be horrified at what is a rather unintimidating-looking vicar. Realism isn’t always key, but having played enough games of this genre, the look of a game strongly feeds into the suspension of disbelief needed in order to fully immerse yourself into a horror title.

Plus, it’s not obvious where items are as a result of the visual style. The environment is dark as it is, but when you need to force the character into nooks and crannies in order for the action buttons needed to interact with items to appear, it’s nowhere near as smooth an experience as it should be.

The clunky movement isn’t helped by the jittery frame rate, either. Finding yourself stood in positions where you really should be able to interact with objects, only to find that you need to walk away then walk back to ensure that you’re in precisely the right spot, is rarely short of infuriating, and detracts from the experience needlessly.

The voice acting for your character is pretty unnerving, which does appear to be what the team were going for. It’s arguably the best thing about the game, though, even if soundbites get repeated often due to the jagged environments.

The Padre could have been a decent take on horror given its considerable effort on atmosphere. The issue is it that due to the look and controls, it never really felt close to striking home.

The Padre‘s visuals and controls undo what could have been in interesting take on horror. It’s one to avoid, we’re afraid.