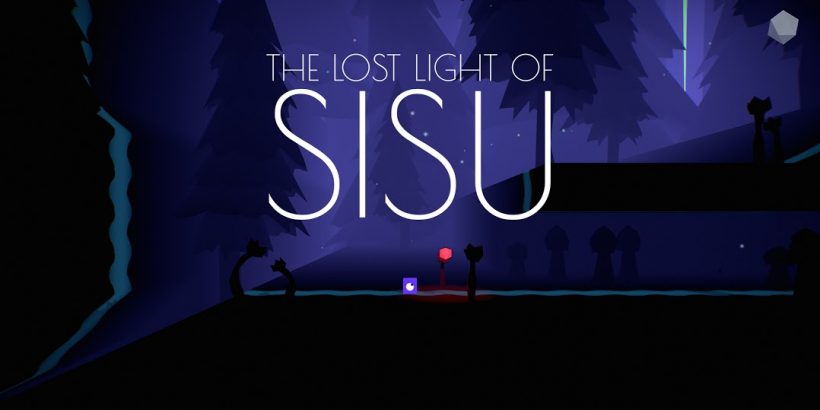 The Lost Light of Sisu is a forgiving yet challenging physics-driven platformer, exclusive to the Nintendo Switch on consoles. Its levels grow gradually more difficult as the player becomes familiar with its limited mechanics and features, and various power-ups are introduced throughout. There is no death or punishment for failure, making The Lost Light of Sisu a platformer where enjoyment, rather than frustration, is at the forefront of your experience.

The intuitive controls for your character – a small, colourful block – use only two buttons, A and B. You progress through each of the 40 levels by sliding, jumping, flipping up hills, and clinging to the sides of walls. Clever sound design and some nice touches to movement make the experience feel realistic, such as the gentle noises of sliding over surfaces, and the need for momentum to flip while clinging to walls.

The various available power-ups are quickly introduced in the first ten levels, each granting additional movement options, such as double-jumping or running. There is a fair bit of backtracking involved to collect them, but once you do, your movement around the increasingly elaborate levels becomes fluid and fast. Obstacles knock you back, rather than stopping you, and this is even used in the solution to many puzzles.

The aforementioned lack of punishment removes much of the frustration that intricate platforming traditionally brings. Only in the boss fights – which involve traversing platforming levels whilst also being chased by huge creatures – is it possible to fail. Boss levels repeat the challenges you’ve just progressed through, and each feel like the culmination of what you’ve learnt so far. It is a shame that there weren’t more in the game.

The Lost Light of Sisu occasionally feels like a series of tiny self-contained Metroidvanias. Some levels are one big intricate puzzle, while others are mazes, and this creative level design keeps you hooked.

Visually, the game is bare-bones but stylish, with some areas making excellent use of limited lighting. The music consists of lo-fi synth sounds, which are pleasant and suited to the gameplay. Whether playing docked or handheld, the experience is enjoyable, and you don’t miss much by playing without headphones.

Certain aspects of the gameplay do feel a little under-developed, however. Collectables – small, star-like items – are neither advertised nor tracked due to the minimalist approach to UI, making them feel a little pointless. Similarly, the game doesn’t seem to have boundaries, as it is possible to continue past the camera’s view. This is an irregular issue, and doesn’t impact too much as you can return to the visible area, but it is certainly odd.

By the end of The Lost Light of Sisu, everything possible has been done with the mechanics. The boss fights are a real highlight, but the platforming is undoubtedly the main event. It is a quick experience, but for its low-cost, Sisu will delight players looking for a solid no thrills platforming experience.

The Lost Light of Sisu is a fantastically fun puzzle platformer that perfects its simple mechanics. It is accessible and stylish, but lacking in some minor features and adjustments that would have made it a more fulfilling experience.