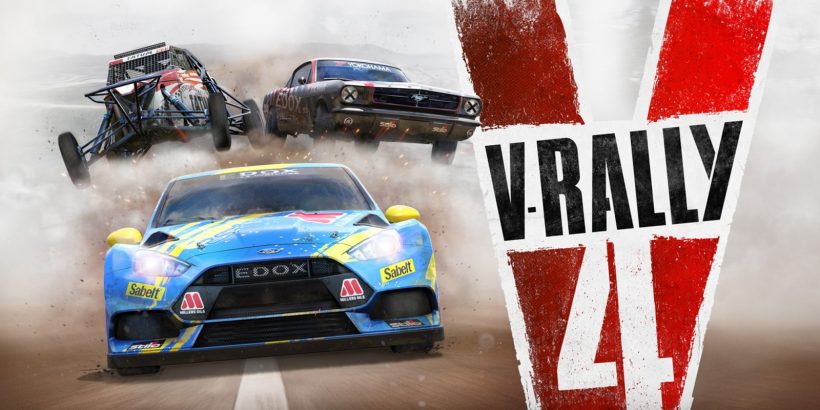 As the home of Mario Kart, Nintendo consoles (including the Switch) haven’t had too many realistic racers grace their eShops in recent years. V-Rally 4 is the latest to try and replicate a more “serious” driving experience on Nintendo’s hybrid console, but despite being a valiant attempt with its fully-fledged career mode and large circuit variety, it’ll do little to tempt over players used to a graphically rich rally racer.

What immediately strikes you about V-Rally 4 on Switch is how feature-complete it appears from the outset. The ability to purchase, repair and customise the game’s wide selection of different cars is at your disposal, along with the two major types of racing V-Rally is known to offer: V-Rally and V-Rally Cross. The former sees you racing against the clock to beat the time set by your leading opponent, while V-Rally Cross is a more traditional race with other cars alongside you on the track.

All the cars – whether buggy, hillclimb or just your standard Rally car – handle and look as they should, but there’s no denying that the models themselves leave a lot to be desired visually. “Get the job done” seems to have been the ethos with this Switch port of V-Rally 4. Thankfully the eclectic mix of tracks pick up the slack here a little, letting you race in such visually distinct locations as Japan and Russia.

Where you race also affects your driving strategy, as taking a hairpin corner on tarmac offers significantly more grip than snow. It’s sounds obvious, but in that respect V-Rally 4 gets it right.

As good as the locations look, however, you’ll be thankful for the in-ear co-pilot giving you turn directions in your ear at times, as the draw distance can get very fuzzy at times. It’s more noticeable in circuits set against the backdrop of more built-up areas, sadly taking you out of the core high-speed experience a game like V-Rally 4 should always be looking to maintain. Also adding to this is the unfair AI in V-Rally Cross races, which seem to be setting unattainable finish times from the outset.

Being a sim racer, a large portion of your time in V-Rally 4 is spent off track as well as on. A lot of this involves recruiting new engineers to work on your cars, managing which contracts and sponsorships to take in order to gain the most money, and swapping out old parts for new ones in order to stand the best chances of winning on track.

V-Rally 4 isn’t a bad driving sim experience on Switch, but it is one that feels compromised at every turn.

It’s ambitious in its career mode and the number of tracks and cars on offer, but the lack of visual flourish and punishing AI forever holds it back.

V-Rally 4 aims to be a solid sim racer on Switch comparable to its PS4 and Xbox One counterparts, but the limited power of Nintendo’s hybrid console sees it spinning its wheels too often.