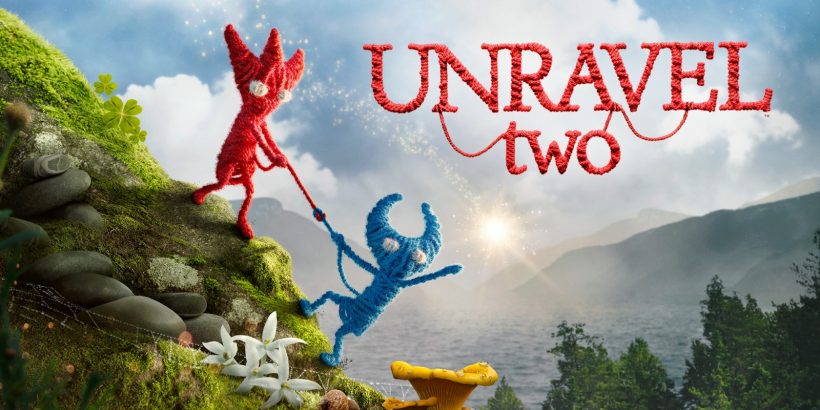 Arriving on Switch almost a year later than other platforms, Unravel Two has found its way onto the eShop and into this writer’s heart. A delightful blend of puzzles and storytelling make it one of the best co-op experiences on the system.

It’s a pleasant sensation, particularly with this being a game coming from EA. EA notably have supported the Switch with two entries in the FIFA series but with very little else, so to have this – and a game which isn’t a sports title, at that – on the system is a very welcome boost.

Unravel Two’s story follows Yarny, the red-coloured woollen creation, who finds itself in peril upon a raft in the middle of the ocean struggling against horrific weather. It soon becomes beached upon a strange island where it is woken by a blue friend. The pair soon become tethered together by a glowing light which they decide to chase to the lighthouse which becomes a hub for the rest of the game.

The lighthouse is where players access each of the seven chapters that make up Unravel Two‘s story. Each chapter takes place in a unique location, ranging from a park to caves, each filled with puzzles which require the skills of both Yarnys to navigate through.

Being made of yarn ends up being incredibly helpful, platforming-wise. Using ZL and ZR Yarny can use either his left or right arm to grapple onto objects, or conversely tie string to drag objects to help reach new places. Alternatively, like a woollen George of the Jungle, Yarny can use its arm as a tool to swing to new locations. Yarny can also tie knots around objects using the Y button and use this to build bridges out of yarn, which opens up new gameplay elements in itself.

With the two Yarnys tied together, a co-op element between the two characters offers the game its most interesting USP. Using one character as a makeweight allows the partner to swing, rise or drop to otherwise unreachable locations.

Fortunately, this can all be done with one pair of hands if you’re playing on your own. Single players will still have to swap between the characters with X, but puzzles are never designed to the detriment of those playing on their own.

Unravel Two is a fun and unique (as far as the Switch goes) puzzle-platformer that feels right at home on the console. This is a great choice for playing together with any member of your family.