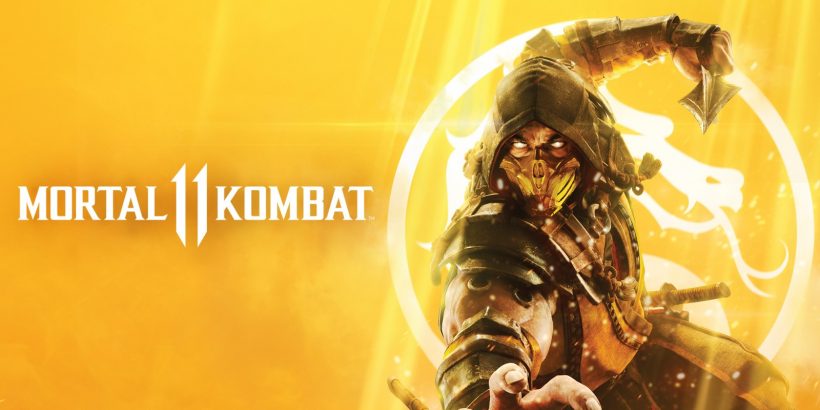 One of the biggest reveals at The Game Awards in 2018 was easily that of Mortal Kombat, NetherRealm’s premier fighter known for its high quality and ultra violence. Adding to the excitement of that announcement was the fact that the game was coming to Switch, ending the series’ twelve-year snubbing of Nintendo platforms.

Mortal Kombat 11 retains the high calibre of storytelling that has become a staple of the series in recent releases. A new enemy threatens to unravel time and erase Raiden, along with all the events that have taken place to date. The story is full of intrigue and plot twists that will keep you engaged throughout. Besides the main story, there are also classic towers for each character, granting you fun “what if” scenarios that never take themselves too seriously.

The fighting system has been tightened up, and seems a little simpler to grasp. Each character has their own combo lists, consisting of deliberate button and direction presses, which can then be extended with special moves or other combos.

You also have a range of special moves that are easy to pull off, generally requiring only two directions and a single button press. Some customisation is possible, allowing you to create a preset with up to three extra special moves you choose yourself. You can also change characters’ overall look with unlockable gear.

There are also a range of fatalities and brutalities that you can end a fight with. All of these can be viewed in the moves list at any time, though you will have to unlock some of these for them to show up in the list.

The fun Krypt mode makes a return, though this is where some serious issues with the game crop up. This mode is essentially a third-person dungeon crawler, having players solve puzzles and obtain gear to reach new areas of Shang Tsung’s island. This mode is where you get most of your unlockables, though they are locked behind 600 loot-box-style chests, that require currency you gain in other modes to unlock.

The main mode you need to play to obtain your currency is the Towers of Time, which is still rife with issues even after the 1.0.4 patch update. Although the rewards have been increased and the difficulty lessened, the mode is just not that fun. Essentially, the battles break down as fights with added modifiers, changing the complexion of each battle. The issue though is that the modifiers only apply to your enemies, stacking the deck against you. You can mitigate this by using consumables, but the whole process just isn’t enjoyable.

Opening the loot-box-style chests also felt a little gross in some ways. For instance, during the review more items were unlocked for Shao Kahn – a character that is paid DLC for anyone who didn’t pre-order the game – than any other character. That felt like bait, forcing players to buy a character who is already both in the story mode and on the character select screen.

Even with the rewards being raised, the prices to unlock the chests can still be ludicrously high. Some require a small amount of coins, coming in at 10,000 or under, but you regularly will find chests that creep up to the 30,000 mark. This makes you not want to explore the Krypt until you have hundreds of thousands of coins, which will take quite a lot of grinding in the Towers of Time.

Both the Towers of Time and the Krypt are not accessible offline, meaning that a large portion of the game’s content is not available on the go. This makes sense for the Towers, which has to pull the ever-changing challenges from the server, but the only disadvantage for the Krypt is that you wouldn’t be able to open chests due to your currency data being stored server-side. The fact that you can’t do the island exploration portion of that mode offline is a little disappointing.

There are more issues besides the imposed grind for unlockables. The Switch version is a vast downgrade in terms of visuals, giving the overall game a blurred haze over everything, and making the menus difficult to read. Any close-ups, such as fatalities, really show off the severe hit the visuals have taken.

It isn’t all doom and gloom, however, as a fighting game lives and dies on its gameplay. In that regard the game is exceptional. Battles run at 60fps, making everything feel smooth and fluid. Due to Mortal Kombat’s special move inputs requiring directions rather than sweep motions, the Joy-Con D-pad was never an issue, which made for a pleasant surprise.

An imposed grind, disappointing Towers and Krypt mode, and a severe drop in visual quality bring down what could have been the best Mortal Kombat experience to date. That said, the story, as well as the actual fighting, is the best it has ever been.