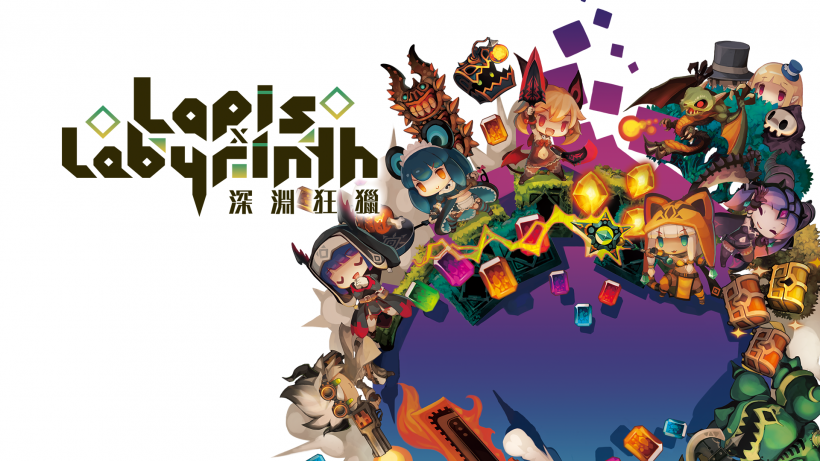 Lapis X Labyrinth is absolutely chock full of loot. Now before you skip over this review in disgust, just hold on for a moment, because this action JRPG from Nippon Ichi Software is actually pretty damn good. It’s a fairly straightforward 2D dungeon crawler, but with gorgeous graphics, tight controls and an absolutely absurd reward system, it’s an experience that will keep you occupied for hours on end.

Utilising a team of up to four characters, you can pick from a selection of quests from the game’s hub world before heading down to the dungeon to wreck havoc on the multitude of monsters you’ll come across. Unfortunately, although you can choose which quest to tackle at will, there’s very little to differentiate them. Most will have you simply traversing the dungeons in question, eradicating the monsters and hoarding the mountains of loot you’ll find there before eventually teleporting back to the hub world. Thankfully however, the combat and reward system is so satisfying, this isn’t really a huge issue.

Speaking of the combat, it’s incredibly simplistic, but not necessarily ‘easy’. What this means is that you’ll quickly master the basic moves and feel very much like a badass, but sooner or later you’ll come across a particularly formidable group of enemies that will absolutely annihilate you. Attacks are mapped to just two buttons: X and Y. Tapping Y will unleash a standard combo of attacks that will be more than sufficient enough for dispatching smaller, weaker enemies. Special moves are mapped to X, and depending on which directional button you press in conjunction with this will determine which particular attack you use. It all flows together very well, making the game accessible without feeling cheap.

The true star of the show, however, is the game’s ‘Fever Mode’. This triggers after landing a succession of combos to enemies, turning the screen into a veritable casino. Multicoloured fireworks light up the background with stars floating across the screen, but the most impressive aspect is the sheer amount of gems that burst from the screen. Every enemy defeated, and every block smashed, unleashes an explosion of colour as the multitude of gems flow into your inventory. It elevates the combat to even greater heights, as it encourages you to go into full offensive mode as you desperately aim to collect as many gems as possible within the short time frame given to you.

Aesthetically, the game looks lovely and sounds pretty great, for the most part. Colours really pop from the screen (especially during Fever Mode) and the character and monster design is really inventive. Framerate hiccups are infrequent, but unfortunately quite noticeable, although it won’t be anything to be too concerned about. The music is decent enough, but if I have one major complaint, it’s the annoying voiceover work: every attack you unleash comes accompanied with a freakishly shrill shriek from the female characters, and a hefty grunt from the male ones. Ear muffs required.

Lapis X Labyrinth is a great game to play on the go. Its short, sweet missions only last for a few minutes at a time, but the fantastic gameplay, beautiful visuals and compelling reward system make this a very enticing offering for those looking for a new dungeon-crawler.

Lapis X Labyrinth nails its combat loop and reward system to provide a dungeon-crawler that both veterans and newcomers will adore. Minor technical hiccups could do with being fixed, but otherwise this fully deserves a place on your Switch.