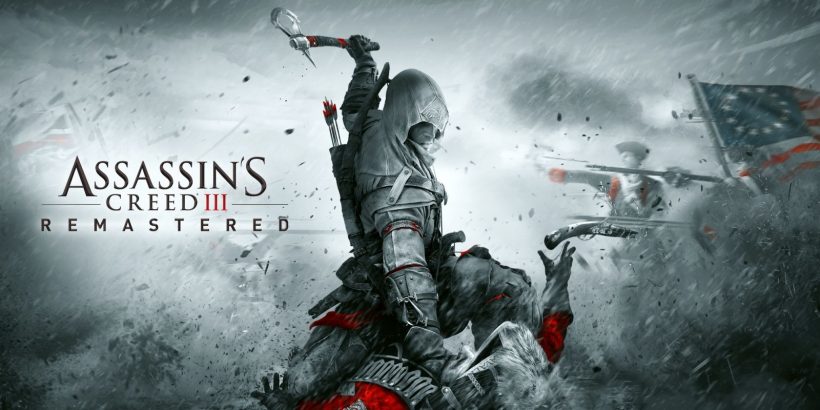 Assassin’s Creed III feels like a weird candidate to receive the “remaster” treatment – let alone be the first series entry to come to Nintendo Switch.

After all, it skips right to the conclusion of Desmond Miles’ present-day plot line, centres on an uncharismatic protagonist, and is set in a place that lacks the typical tall architecture which makes leaping from buildings spectacular. This remastered version of the game delivers a nostalgic blend of the old and new, but is undermined by its numerous technical issues.

Picking up soon after the events of 2011’s Revelations, Assassin’s Creed III sees Desmond re-enter the animus in the hopes of preventing the fabled 2012 apocalypse. He now takes the reins of new ancestor Ratonhnhaké:ton (better known as Connor Kenway) during the time of the American Revolution, which would be amazing if either character’s story was particularly gripping in the slightest. For all its historical accuracy and spectacle, the narrative in this franchise too often dips into convoluted territory, and in Assassin’s Creed III in particular, there is also the feel of the first three sequences as an extended prologue full of handholding to contend with.

Despite this, Assassin’s Creed III iterates nicely on what made the previous four entries fun stealth games, offering a number of missions with a healthy number of targets to take down, various open locations to explore, and plenty of tools and weapons to do it with. The climbing was overhauled due to the Frontier’s woodland setting, which allows Connor to scuttle up trees and smoothly swing from branch to branch. All this combines with other slight tweaks for the remaster, such as the ability to whistle and attract guards from anywhere and gyroscopic controls for accurate long-range aiming.

That last feature comes in particularly handy for certain side activities like wildlife hunting, which Assassin’s Creed III Remastered excels at. This was, after all, the entry that introduced sailing for the first time – albeit in a limited capacity. It’s nice to see elements of the old and new such as this converge in this way, now playable for the first time on a handheld platform. The one drawback is that it takes quite a while before you’re left to your own devices and can engage with this cool side content. This is still one of the most authored Assassin’s Creed games, sometimes to its detriment.

However, despite Assassin’s Creed III Remastered’s attempt to be the definitive version, on Nintendo Switch it fails to match the high bar of other ports like Doom and Wolfenstein. The game’s visuals look noticeably washed out, with character models and textures lacking believable lighting and detail. Playing undocked rarely draws your attention to these flaws, but when blown up on the big screen, Assassin’s Creed III falls apart; gameplay continually judders and there are frequent audio hiccups.

These issues are somewhat excused by Assassin’s Creed III Remastered‘s inclusion of all its previously released DLC and a whole other game in ex-Vita exclusive Assassin’s Creed Liberation. It’s certainly a generous helping of content considering the low price, yet it’s a shame the entire package struggles to reach the minimum level of expected polish. You can just about get by enjoying it all on the small screen.

Assassin’s Creed III Remastered makes the act of eagle-diving into a hay bale on Nintendo Switch a reality, but it’s one with a lot of concessions. It’s not unplayable by any means. However, it is a game best experienced elsewhere – previous-gen consoles included.

Assassin’s Creed III Remastered aims high but really never stops falling short of what’s expected from an AAA port on Nintendo’s portable platform. Here’s to hoping that Ubisoft will take another stab at it in future.