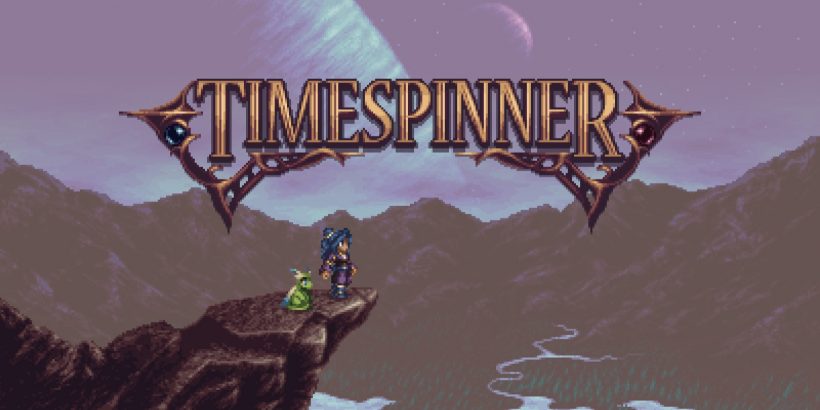 The Nintendo Switch boasts a mountain of Metroidvanias that no amount of wall-running or double-jumping will ever overcome. None, however, have broken that oft-used portmanteau into its constituent parts and embraced the Metroid and Castlevania influences quite as proudly as Timespinner.

Thanks to its core time-shifting mechanic, Timespinner features not only a candle-strewn gothic setting, but also a futuristic one, complete with other-worldly creatures suspended in stasis chambers. Standing in the vast shadows of Samus and the Belmonts and faced with fierce competition from its contemporaries, then, how well does Timespinner entertain its players?

Very well, in fact. Covering themes such as loss and personal sacrifice, the story of Timespinner packs a fair few emotional gut punches and plot twists along the way. However, the delicate touch that’s clearly gone into the development of this game is evident in the writing, which deftly offsets those weightier moments with light-hearted and often cheekily suggestive conversations between the characters. Additional historical context is provided in the form of letters and downloads you discover (depending on the time period), which help to flesh out the world and the overall story. It’s all there for you to discover, in the likely event that you find yourself enchanted by the world and its inhabitants.

As well as checking off all the tropes expected of the genre, Timespinner makes some admirable attempts to tinker with the formula. The most notable of these gameplay twists is the ability to momentarily freeze time, which comes in handy when attempting to overcome certain obstacles and bosses. You’ll also soon unlock the ability to fast-travel back and forth between portals on the map, as well as between two different time periods.

Unfortunately for Timespinner, these are similar tricks to those pulled by The Messenger, which did so in far more flashy and impressive fashion. Even your little winged friend, Meyef, who flies around dealing nominal damage to enemies, is decidedly more polite than Quarble, his snarky and thus more memorable equivalent in The Messenger.

Timespinner is a much more subtle affair, though. The combat, which utilises magical orbs imbued with particular powers, feels more deliberate than dynamic. Movement is somewhat laborious, at least until you unlock the dash ability. Although the game can be completed relatively quickly, the pacing is distinctly RPG-like, as does the inclusion of side quests and upgrade systems. There’s a definite impetus here to take your time and uncover every secret, rather than rushing through to the finish line. In that sense, Timespinner feels refined, almost genteel compared to its in-your-face peers, and ultimately it’s this, rather than the titular time-spinning mechanic, that truly sets this game apart.

In fact, Timespinner begins to cast its charm spell right from the moment the alluring sound of a harp eases you into a tastefully authentic mid-90s title screen. The entire soundtrack is beautifully understated and is well worth a listen even when not playing the game. So strong is the music that it probably comes closest to providing the game’s only real “wow” moments.

Although you may take a few seconds to enjoy a few of the background visuals, the washed-out colour palette is a little drab and the art style somewhat unadventurous. Still, it’s an undeniably flawless recreation of a bygone style that again highlights the love that’s gone into making Timespinner and the developer’s dedication to their vision.

Lunar Ray Games have carefully constructed a game that doesn’t demand your attention, but rather invites you to take a closer look and rewards you with refined gameplay, a thought-provoking story and countless secrets to uncover.