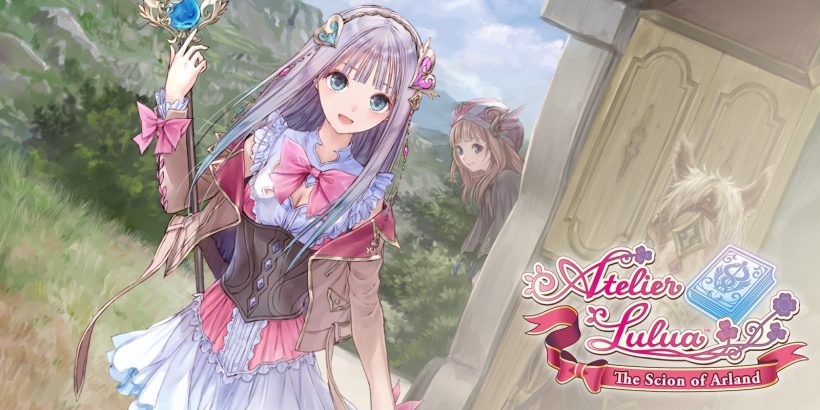 Atelier Lulua ~The Scion of Arland~ is the latest entry in the long-running Atelier franchise. Similar to other main titles from the series, Atelier Lulua follows a classic JRPG formula, featuring an expansive world to be explored, filled with monsters to be fought within a turn-based combat system. Those who are already acquainted with this niche franchise will find themselves in a familiar position, as once again you’ll be controlling an adorable novice alchemist and her friends. If you’re interested in finally trying an Atelier title, though, then Atelier Lulua may be one of the best entry points available on Switch.

The narrative of Atelier Lulua follows the titular alchemist on her adventures through Arland. This is the same world from previous Atelier titles, and you can find lots of references to well-established places, characters, and events. Lulua is in fact Rorona’s daughter, and the actions of other famous alchemists have come to affect the current state of Arland. Though steeped in lore, Atelier Lulua works well as a stand-alone title regardless, as it presents everything you need to know about this universe in a satisfactory way.

One of the most unique aspects of Atelier Lulua is the inclusion of the Alchemyriddle. This is an ancient manuscript that appears to Lulua at the beginning of her adventure. This book, filled with riddles about alchemic recipes, works as an ever-present puzzle to be solved under the course of the entire campaign.

This adds a new depth to the crafting segments of the Atelier series, because now you must complete various criteria in order to unlock most recipes – and, also, to progress through the campaign. Each one of the “pages” from the book will demand a specific action that can be related to combat, exploration, or narrative. It is very satisfying to complete these pages, and unlock better goodies for your journey.

Along the way, you’ll also face off against many creatures in a typical turn-based fashion. Here, Atelier Lulua is pretty conservative, because it presents a combat system that is competent, but simplistic. There’s a little caveat when it comes to its stun system: enemies and your party members have a stun bar that can be used strategically to skip turns.

However, unless you’re consciously skipping fights, Atelier Lulua doesn’t offer much of a challenge in these combat segments. Fans of old-school JRPGs will find some enjoyment with this combat system, as it feels as if you’re slipping into old and comfortable shoes, but otherwise it is fairly bog-standard.

Sadly, as part of a niche franchise, Atelier Lulua doesn’t have the same production investment as an AAA title, so isn’t the most impressive-looking game out there. Still, compared to other titles from the series, Atelier Lulua is actually one of the better-performing games available on Nintendo’s hybrid console. The anime-looking character modelling seems to be much more refined now, and the game doesn’t suffer from the same stuttering and frame rate issues from other games in the series.

Considering everything that it offers, Atelier Lulua ~The Scion of Arland~ stands out as one of the best Atelier games available on Switch. This doesn’t mean that this is a perfect title. Though a niche JRPG, it is still one that can be enjoyed by fans of the genre – or by those looking for a way into the Atelier series.

Atelier Lulua ~The Scion of Arland~ keeps the same basic combat system that old-school JRPG fans may enjoy, but adds a welcoming twist to how you progress through the campaign. It is one of the best titles from the series available on Switch, and works well as a stand-alone title.