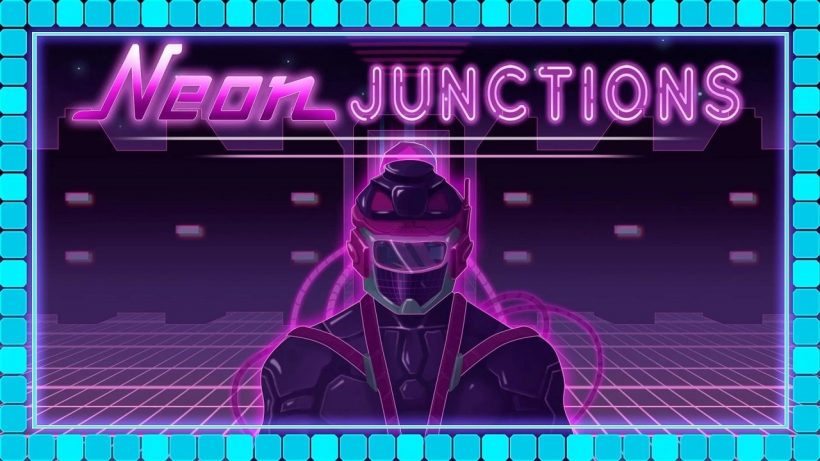 Despite the 2000+ games available on the Switch eShop, one genre – or perhaps, subgenre –  which is still painfully underrepresented on the console is the first-person puzzler. While other platforms can boast of Portal, Antichamber, and similarly-groundbreaking games, we’re yet to crown a clear winner which can also be played on the go. Neon Junctions, while satisfactory, is unlikely to fill this gap, although it does offer a solid hour to ninety minutes of passable puzzle platforming.

Neon Junctions forgoes a traditional tutorial, instead allowing the focus to be on learning-by-doing. Keeping with this theme, the game also offers no story, and consequently the game is puzzle platforming at its purest. The mechanics themselves are fairly straightforward, with puzzles solved by manipulating coloured blocks to connecting electrical circuits. Along the way there are gates, switches, and elevators, all requiring some manner of electrical connection in order to function correctly. Some of these are slightly more interesting than others, and other mechanics you’ll almost certainly have seen before. Indeed, although Neon Junctions takes clear inspiration from many of the subgenre’s iconic titles, it fails to do anything fundamentally new with the formula. This is likely to be mildly disappointing for players in search of a groundbreaking new title.

That being said, Neon Junctions doesn’t ever reach the point of being excessively repetitive or monotonous, in part due to its short playtime. There is something to be said for games that know not to overstay their welcome; Neon Junctions never feels as though it runs out of steam, which is something that stands in its favour.

The same can’t be said about its aesthetic, which gets tired well before you reach the end of the game. While the stark, stylised, blocky graphics do create an interesting landscape to explore, the visuals simply don’t evolve alongside the puzzles themselves. The colour palette is static, with the same blue, red, and purple tones featuring from start to finish. Indeed, aside from a few striking frames here and there, there’s really not much in the way of visual interest if you don’t love outrun aesthetics. The audio is similarly forgettable, with repetitive tracks that are far from spectacular accompanying the gameplay. Again, if you’re not already a big fan of this type of cruisey electronica, Neon Junctions is unlikely to change your mind on its merits as a genre.

The game generally handles quite well, which can probably be attributed to the fairly low demands of the graphical style and puzzles. The settings menu is fairly barebones, however, and the controls do lack a sense of polish and perfection. For example, although the game allows you to invert your aim controls, it doesn’t actually save these preferences if you exit the game to later restart. Additionally, and perhaps more importantly, the game doesn’t appear to offer a colour-blind mode, which is a shame given the reliance on colour for solving the puzzles. Quality-of-life oversights such as these can and do collectively detract from the experience of a title, as is the case with Neon Junctions.

Are there better puzzle games than Neon Junctions on the Switch? Most certainly. However, in the first-person subcategory, we’re not exactly spoilt for choice yet. Neon Junctions isn’t the next Portal, but it will scratch that itch until something better comes along.

Neon Junctions yields solid – if unspectacular – puzzle-platforming, and never quite achieves the level of challenge or innovation that will make it stand out in your collection. Still, there are worse ways one could spend ninety minutes.