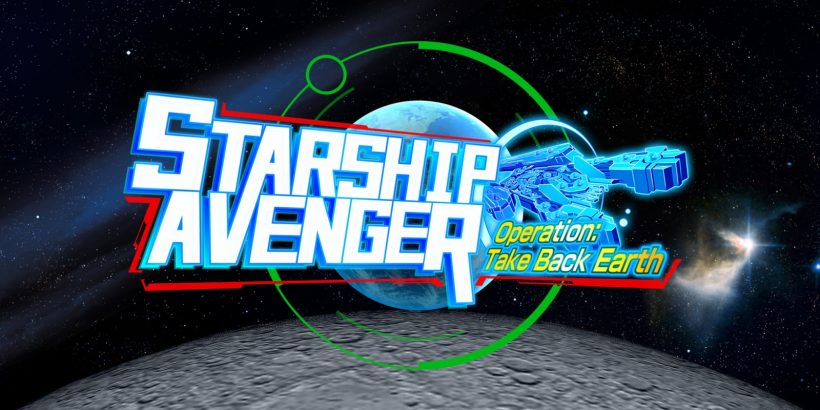 Games are supposed to be fun. It may seem obvious, but whether you’re playing an uplifting platformer like Super Mario Odyssey or a gritty, realistic survival experience like Outlast 2, a sense of fun should always be at the forefront of the experience. It’s what keeps you interested, keeps you playing, and ultimately makes the game much more memorable.

Just to be crystal clear, Starship Avenger Operation: Take Back Earth isn’t a fun game – not in the slightest. It’s a defense shooter that sees you take on hostile spaceships – known as Crius – intent on invading humanity. You take control of the defense ship’s weaponry – which is essentially a cursor – aiming at the various incoming ships and blasting them away with bullets and rockets before they can pass your ship and cross the ‘Dead Line’.

Each level consists of several waves of enemies to defeat before tackling a boss. The enemies mostly advance on your position in groups, though you may occasionally see a single ship sneaking its way to the Dead Line. Aiming and firing is very straightforward, and is a big part of why this game starts to feel repetitive so quickly. There’s absolutely no skill involved, and whilst it’s initially tempting to try and aim with precision, you’ll undoubtedly end up just keep hold of the fire button and just moving the cursor in circles around the screen, spraying bullets in every conceivable direction.

Another issue with the experience is just how slow it all is. Enemies and bullets alike will float across the screen like bubbles, and there’s just no urgency to any of the action. In fact, it’s a stretch to even use the word ‘action’ with Starship Avenger, as it’d be more apt to describe it as a laid back, relaxing experience. Given this isn’t exactly what the game is aiming for, this isn’t much of a compliment. Even when the screen seems full of ships coming from every direction, there’s very little to panic about – chances are you’ll be able to defeat all of them without breaking much of a sweat. Though, since the levels can take upwards of ten minutes to complete, we’d wager you’ll be bored of the gameplay well before you advance to the next stage.

On the flip side, the further you progress through the game, the more some of these general complaints seem to alleviate ever so slightly. You’re able to power up your ship as you go, which in turn makes your weapons far more effective. What this does is actually speed up the gameplay to a certain degree, meaning a 10 minute session can be cut down to by roughly half. Still, the need to cut down the length of a gaming session is hardly a good thing.

Graphically, the game is nothing particularly special, but it mostly does the job to a suitable degree. The ships are pleasantly designed, but the enemies can be a bit lacking – even the first boss is just a simple cube design with a few protruding weapons. Not particularly inspiring. We did appreciate, however, that upon defeating lots of enemies in a row, the game throws up chain notifications on-screen at frequent intervals. It’s at least a good way of indicating how well you’re doing during a level.

Starship Avenger Operation: Take Back Earth is a dull experience for the most part. Slow, plodding action makes what could have been an interesting premise an incredibly tedious, boring experience. Better keep your feet firmly planted on earth with this one.