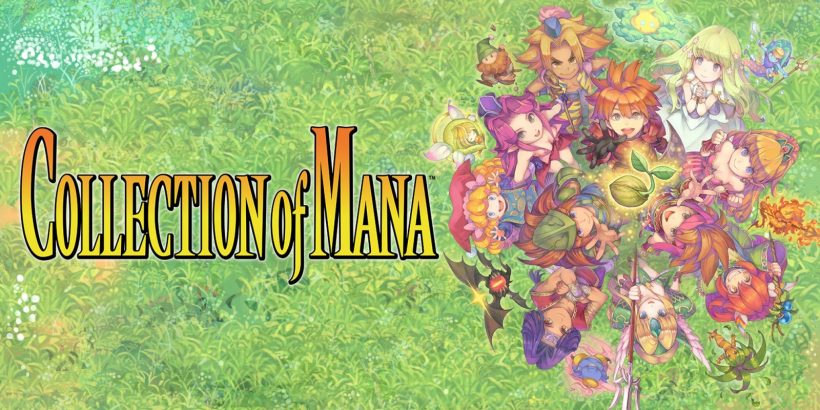 The Mana series is a beloved action RPG franchise from Square Enix, where you traverse a number of areas not unlike the classic NES and SNES Zelda games. The difference though is that there is an RPG levelling system similar to the Final Fantasy series. As you defeat more enemies, you gain experience, getting stronger as you progress through the game. The first two games, Final Fantasy Adventure and Secret of Mana, are heralded as classics, with the third game in the series unfortunately never officially releasing here. Thankfully, the Collection of Mana corrects that, including a stunning official translation of the third game, dubbed Trials of Mana.

Each game tells a self-contained story, though hit on similar plot points. Final Fantasy Adventure and Secret of Mana involve a Dark Lord of some kind vying to use the power of the Mana Tree to achieve their evil goals, and it is up to the heroes to stop that from happening. Trials is a little different, as the Mana Tree is dying, and with its death will come the destruction of the world. It is up to your party of heroes to save the tree and prevent this catastrophe.

This package includes some beautiful new artwork, which looks absolutely stunning. Each game gets its own title screen in the menus, along with a sound test, where you can hear all the tracks within each of the games. Being able to hear the music like this is a nice little addition, as the series is known for its tremendous soundtrack.

Each game also has their own little features. You can boot up different versions of the game, which each have the ability to have up to three individual save states you can save and load from. There is also the ability to change the screen size between two sizes. For the Final Fantasy Adventure, you can switch between black and white, a colour variant reminiscent of playing a non-colour game in a GameBoy Colour, and the old green look of the retro GameBoy.

Beyond that, this is a very bare-bones package, which is rather disappointing. Where other collections have included concept art, scans of the original manuals, or a wide array of filters to hit on those nostalgia notes and give a more authentic feel, Square Enix have included none of that. In this regard the collection can be a bit underwhelming, especially to the fans who crave this sort of special touch given to the games they love.

That said, just having the official translation of Trials of Mana makes this package worthwhile. Trials is the best game in the series, and arguably one of the best games released in 2019. A lot of the mechanics this game introduced back in 1995 hold up today, and have clearly inspired other Japanese games of this ilk.

From its exhilarating combat and complex levelling systems, to its freedom of picking your starting character out of a team of six, each of which starts in a different part of the map and have their own backstories and motives, this was clearly a very forward-thinking game at the time.

Every game runs smoothly on the Switch, and the pixel art for each game is as beautiful as they were back in the 90’s. Although barebones, a lot of work has clearly been done to bring these games onto the Switch with no compromises to the quality of each game.

Collection of Mana includes three must-play games for any JRPG fan. They have beautiful art design, incredible soundtracks, and Trials of Mana may arguably be the best game the SNES ever had. Unfortunately it’s a bit light on additional content beyond the games themselves.