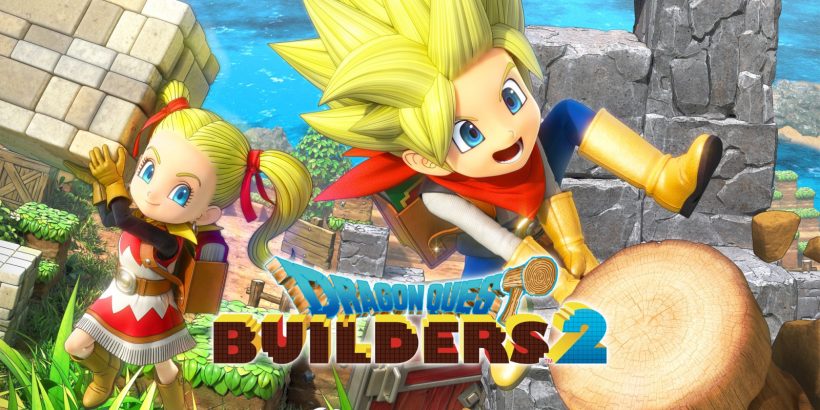 There’s no denying that Minecraft was a phenomenon of its own kind.

It was successful to such an extent that many other developers tried to capitalise using the build-your-own world mechanic that made it to all intents and purposes the video game version of LEGO. As a result, every time a new sandbox-style game with building mechanics and blocky aesthetics is released, there’s always the fear that it’s simply going to be another Minecraft clone – and probably a worse version, in comparison.

That was in the back of this reviewer’s mind when first playing the first Dragon Quest Builders. Yes, that game also featured a world entirely made of big blocks of different materials; yes, its main gameplay mechanics were all related to the act of building and creating. But thanks to a fully-fledged campaign, a more elaborated progression system with RPG elements, and the charismatic universe of the Dragon Quest series, it delivered a compelling experience unlike any other – even Minecraft itself. It wasn’t free of issues, though.

Now, three years after the first title (and after a long wait since its Japanese release), Dragon Quest Builders 2 has finally arrived in western regions. It  must be immediately pointed out: this is the best kind of sequel. Not only does it include everything that made the first game a great experience, but it expands and ‘builds’ on some of the game’s fundamental plus points. Furthermore, it also directly addresses some of the biggest complaints we had with the first game. In other words, if you enjoyed the first title, you’ll fall in love with Dragon Quest Builders 2.

Your adventure in Builders 2 starts after the events of the classic Dragon Quest II, but you don’t really need any DQ background knowledge to enjoy and understand the narrative here. During the first minutes of the campaign, you learn that the evil lord was defeated in the last game, but his followers (the self-proclaimed Children of Hargon) are now dedicated to continuing his evildoings in an unorthodox fashion: by claiming that building stuff is a sin. This premise sets up the tone of the entire adventure, because there’s always an underlying humour bubbling under during the whole game. The result is a light-hearted campaign, full of funny characters and comic interactions.

This whole adventure unfolds through different chapters, where you visit unique islands while helping people and learning new building combinations. Unlike in the first game, where the chapters were completely separate, in Dragon Quest Builders 2 you’re free to travel between all unlocked islands at any given time. Thanks to this structure, Builders 2 always feels fresh, as you’re constantly arriving at new locations, exploring unique landscapes, finding new NPCs, and starting entirely different quests. Yet, at the same time, every single action feels like it’s serving to a greater goal, because you can use everything you encounter and acquire on other islands. You even have a central hub called the Isle of Awakening that you slowly work on rebuilding during the entire campaign.

Dragon Quest Builders 2 isn’t short on content, as every chapter presents its own micro-adventure – though these are so large, the word micro doesn’t seem an apt description. The rules and objectives are new; what remains the same are the building mechanics and light RPG elements. Unlike in Minecraft, were most of the building ideas are generated by you and your creativity alone, Builders 2 finds many different ways to encourage the player to build specific stuff, welcoming new starters as a result. Creative types, can take the game as an empty canvas for their ideas, but thanks to a system that identifies certain creations, the game’s campaign slowly introduces the player to more complex structures. So, for example, if you build a room and equip it with a light source and some beds, the game recognises that as a bedroom, and all the NPCs will be grateful for having a place to sleep.

One of the most impressive aspects of Builders 2 is thatNPCs are much more than mere quest-givers. They react to what you do and to how you reconstruct the villages, and reward you with hearts that can be used to level up the place and unlock new combinations for your repertoire. NPCs aren’t passive as in other RPGs; they have their own life-cycle which gets more complex the more you expand the village. As you progress, they start to learn from things you do. Cook a new recipe in a kitchen, and they’ll do the same when you’re not around. Start a farm, and they’ll help planting and watering the crops. At later stages, they’ll even help you to build stuff.

Creating a lively village is entertaining throughout the experience, but Dragon Quest Builders 2 also does a great job on constantly changing things up. To achieve that, NPCs will give you quests of a range of sizes; some will demand you to construct new buildings, while others are more related to exploration or combat. Exploration is always rewarding, as you’re constantly finding new material and landscapes to make use of.

Combat, on the other hand, is one of the less refined aspects of Builders 2. It isn’t necessarily bad, but is quite simplistic. Despite having different equipment at your disposal, with new weapons, armour, and shields to hold, you don’t have any means of defending yourself during combat. So, when dealing with harder enemies, you must pay close attention to their animations to side-step their most powerful attacks. It is not the most exciting execution in the world, but it works okay for most of the campaign, and helps to give you something different to do when you’re not focusing on building things.

When it comes to the visuals, Dragon Quest Builders 2 is an improvement from the first game in every regard. The scenarios are much more varied now, with entirely new types of environments to be visited. Its new real-time illumination system now affects the entire world, and transforms the blocky landscapes into something much more impressive to the eyes. The drawback lies on the fact that the Switch version can have some performance issues; the frame rate may drop a bit when visiting the most elaborated destinations, but this is’t something that hurts the overall experience too badly.

Another welcoming new addition to Builders 2 is the multiplayer. You can call in up to three other friends to play with you wirelessly or via online connection. The multiplayer options are limited to the Isle of Awakening only, so you can’t play the entire single-player campaign together, which is a bummer, but still, building with friends is as fun as it sounds.

By improving everything that was good in the first game and fixing almost all of the problems, Dragon Quest Builders 2 delivers one of the most funny, enjoyable, and addictive experiences you can have on the Switch. This is the definitive building game. One that surpasses even Minecraft.

Dragon Quest Builders 2 takes the base formula from creative sandbox titles such as Minecraft, and mixes it with the best elements from a lengthy JRPG. Its single-player campaign offers tons of quests to conquer, places to explore, and people to meet, resulting in a charming experience.