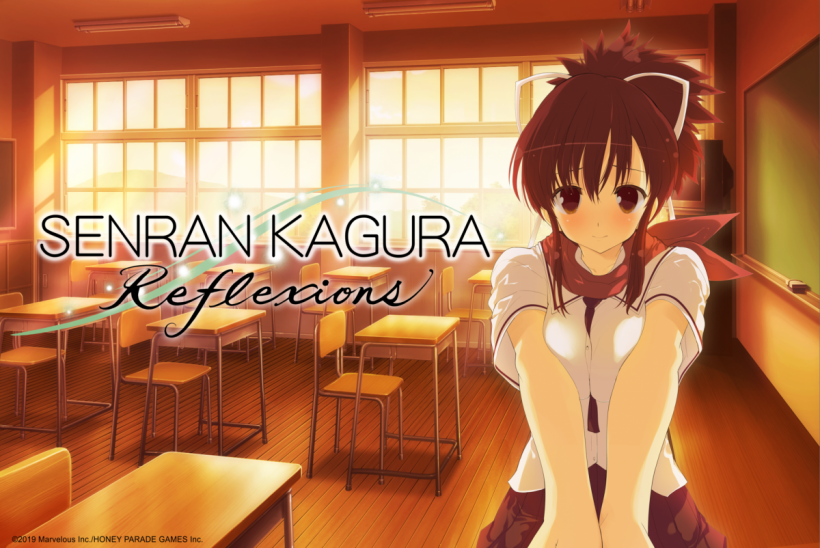 It’s safe to assume that, regardless of the seemingly never-ending influx of titles released, as well as the multitude of genres touched, the Senran Kagura series is still widely unknown in the larger gaming-led ecosphere. That’s certainly not to say it’s unheard of, though. Having garnered an ever-growing fanbase since the first title’s inception back in 2011, this schoolgirl-focused franchise continues to leave its outwardly questionable mark on various genres, with none more so divisive than Senran Kagura Reflexions.

I’m certainly not going to advise you show any Senran Kagura title to your senior family members by any stretch, but Reflexions is most certainly more risqué than its peers. Whilst other titles hid behind the illusion that gameplay was the driving force and the character’s bountiful assets on show were simply for those so inclined to enjoy, Reflexions takes pride in its shallowness, ensuring there is little to stop its superficial nature coming to the forefront of this mediocre package.

Having been the developer’s first take on the visual novel genre, it’s clear to see why – on paper, at least – it would be a near-perfect match. A never-ending influx of near-innocent sexualised scenarios, coupled with the series’ popular cast of characters, releasing on a relatively new hybrid console that, ultimately, wouldn’t discourage smaller bursts of gameplay; it appears to be a match made in heaven. The end result is one that ultimately forgets that this is indeed a game, with little to no enjoyment to be found unless you’re a diehard Senran Kagura aficionado looking for a more ‘intimate’ experience with Asuka, the only interactable character included in the base game.

Each gameplay segment consists of performing reflexology, a form of alternative medicine that involves applying pressure to hands or feet – hands, in the case of Reflexions – with the aim of reducing stress, anxiety, and pain. Each playable encounter begins with applying pressure to the fingers and palm of Asuka with the goal of creating a dream scenario – essentially, a “what if” role-playing session – whereby you’re able to touch the character all over. Whilst each fantasy can vary greatly, affecting both the backdrop and questionably-revealing outfit, the methods in which you progress are much the same. From massaging the thighs and the arms to, err, elsewhere, Asuka reacts much the same no matter the setting.

The culmination of hitting the right spots is the ability to perform an even more intimate massage with a tool of your choosing, with more being unlocked through gameplay. These range from your hands where you can gently slap her thighs, all the way to rolling pins and vibrating tools. It all sounds rather NSFW, granted, but the questionable poses that correlate to the tool being used are still considered tame by the series’ standard.

Regardless of potential love for both the series and the fan-favourite Asuka character, there’s simply not enough content to keep you engaged. I found my attention waning after just a few scenarios, and the promise of unlockable outfits does little to spur further gameplay sessions. Senran Kagura Reflexions is the perfect example of style over substance, and the meagre offering of one character – you can purchase additional DLC, where you have another four to poke and prod – makes it hard to believe this isn’t a simple cash grab.

Senran Kagura Reflexions is an unfortunately meagre take on the visual novel genre, showcasing its graphical fidelity alongside its questionable one-trick pony gameplay.