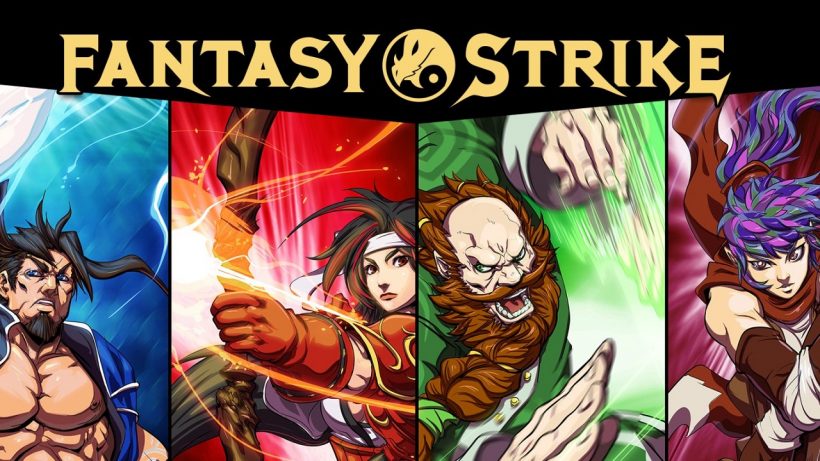 With so many modern-day fighting games reaching dizzying heights of both complexity and calibre, it’s refreshing to experience a title like Fantasy Strike that strips back the many popular intricacies to leave an approachable and enjoyable experience for both newcomers and pros alike.

Sirlin Games, headed up by ex-Street Fighter dev and professional player David Sirlin, certainly knows what makes the core of an enjoyable fighting game, and this is exemplified in Fantasy Strike by solid, accessible mechanics, and copious layers of potential strategy that are hidden underneath for those that desire to delve deeper.

In Fantasy Strike, each of the ten characters uniquely embodies their respective fighting style and, thanks to the lack of complex and arbitrary button inputs, even the flashiest of their moves can be executed effortlessly. With both crouching and dashing gone, the usual tactics – such as varying positional moves and rushing – are replaced by other mechanics. Yomi Counters, a mechanic whereby grabs are countered should there be no button inputs at the moment of contact, are welcome indeed, although not necessarily a replacement of equal value to traditional dodging.

Regardless, the potential plays that can result, and the preceding mind games that lead to such a mechanic being used, are thoroughly enjoyable and/or frustrating, depending on whether you are the one delivering the blow or are on the receiving end.

Fantasy Strike has the potential to both entice and bore its respective demographics, however. Unlike Dragonball FighterZ, which includes both complexity and the option of single-button combos for those less inclined to learn, Fantasy Strike appears to have been – from a button input level, at least – consciously designed to appeal to a larger, casual playerbase, even despite its buried layers of complexity that presents itself into the form of strategic placing, timing, and so on. This may mean that casual players flourish, while the more hardier players cry “too easy!”.

Thankfully, Fantasy Strike‘s modes are as would be expected in a traditional fighting game, and are where the developers show their expertise with the genre most. A comprehensive tutorial introduces you to the game (and can thankfully be repeated later on), and alongside a Survival and Boss Rush mode, there is plenty single-player content to chomp away on. Aside from Arcade mode – a laborious mode featuring a predictable slew of occasionally interesting backstory and fights to move one plot point to another – everything appears solidly composed.

Multiplayer-wise, both local and online matchups are available, with the latter slightly altering the now-formulaic offering provided elsewhere. To this end, Fantasy Strike offers a mini-tournament that manages to feel more like a casual tournament – think Smash Bros. – rather than a standard 1-on-1 affair, such as in Street Fighter. Whilst it’s absolutely not a selling point, for those that wish to take their favoured characters online for a brawl or two, they can do so confidently knowing that the net-code is nigh-on perfect, and the various characters are balanced beautifully.

Overall, Fantasy Strike is a difficult game to recommend, that’s for sure. But, as much as it left me feeling conflicted, I thoroughly enjoyed every moment of what I experienced. The fighting game community at large will appreciate the more robust and engaging fighters, while the more casual audience will appreciate the more unique mechanics of the game, much like they did with Divekick’s hilariously simplistic approach back in 2013.

Fantasy Strike offers an accessible, if not conflicted, take on the beloved fighting genre. Whilst it’s certainly not for those that cut their teeth on complex button inputs, the strategic elements found throughout have the potential to entice otherwise naysayers.