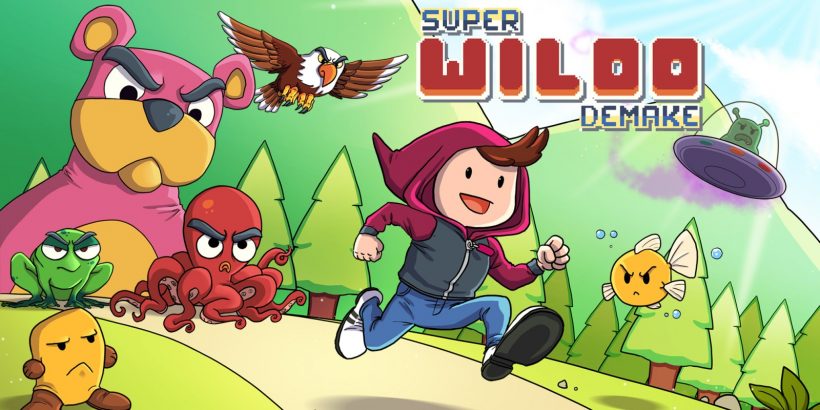 This is a game that follows all of your standard platform game tropes that were established with the Super Mario Bros series in the 80s, from jumping on enemies’ heads to defeat them to making your way through different worlds of varying terrains, starting with the summery, grassy plain, moving to the icy tundra and then going on to bigger and… more different themes.

Touted as the opposite of the remakes of games we see in modern-day gaming, it turns out that the Demake of the game’s title can be taken to mean that most of the expenses were most definitely spared when it came to the visual presentation of the game. Super Wiloo Demake looks like a souped-up version of a Super NES game. The HD visuals are crystal clear, but there’s nothing that goes above and beyond in terms of the design of the environments or the characters. Rather than the crisp presentation of Wiloo, the original game which came out on Android and Windows in late 2017, pixels are aplenty in this version. It’s an interesting approach, for sure, and it goes against the grain of the direction of how iterations of the same game normally go, but it has something of a charm as a result.

The game’s music, however, is excruciatingly repetitive. The same looping track is played over and over on every level of each world, so you’re talking ten levels until you hear something which sounds slightly different. Super Wiloo Demake might be simple in design, but it offers enough of a challenge in its gameplay that you’re going to be hearing that music for far longer a time than it’s welcome.

That simple design is replicated in the gameplay. There’s nothing particularly creative going on in the level design – you just have to negotiate the gaps and the enemies to make your way to the sign posts which takes the place of Super Mario Bros’ end-of-level flag. What you’ll see a lot of, however, are really cramped tunnel-like sections where you’ll have to be picture perfect with your utilisation of the jump button or you’ll find yourself bashing your head on the wall and coming down far too soon. And the game isn’t lenient at all with that kind of thing – more often than not, if you’re not coming down perfectly on an enemy’s head, you’re going to take damage, and if you’re not wearing one of the game’s numerous power-up costumes that means you’re going to be dead.

Those costumes make subtle differences to the platforming when collected. A bee costume will let you take to the air for longer than the standard double-jump will allow, effectively having you hover in the hair for long enough to land safely on an upcoming platform. Another, which I think was an armadillo, allowed for rolling into enemies to take them out without the risk of mistiming a jump onto their head. Get killed often enough and you’ll respawn in a unicorn outfit, allowing you to fire off horns to take out enemies from a safe distance. It’s a nice way of helping people see as much of the game as they’d like to, no matter the difficulty setting.

Super Wiloo Demake may not have any wow factor whatsoever, but it’s a fun game while it lasts. Some unnecessarily unforgiving tight margins are an irritation, but you’ll have a pretty good time here.

Super Wiloo Demake is a very basic platformer that won’t set the world alight. It’s decent enough, though – but don’t expect as much fun as you’d have in a Super Mario Bros game.