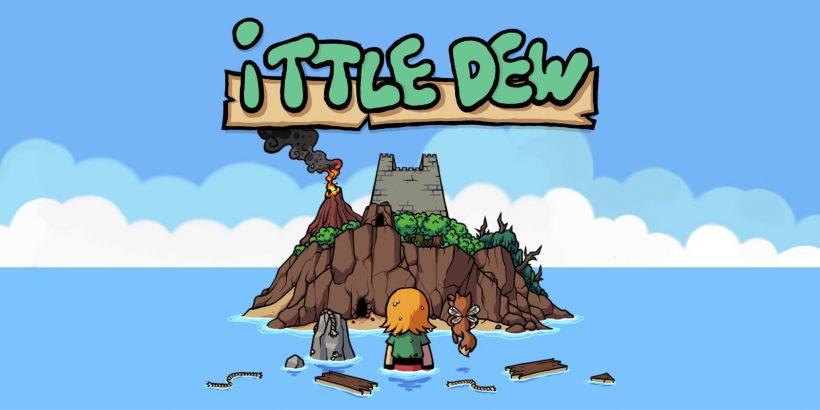 Everyone loves a good top-down adventure game. If you’ve been craving some puzzle-rich adventure fun with plenty of personality, the Switch port of Ittle Dew may be just what you’re looking for.

You play as the eponymous Ittle, an adventurer whose raft has crashed on a vibrant island. A curious shopkeeper by the name of Itan promises to help you leave the island on the condition that you bring him the ‘Artifact’ that’s hidden somewhere in the island’s castle. In your quest to retrieve this mysterious Artifact, your roundabout path will take you through caves, crypts, forests, and beyond. The game, overworld, and dungeons are brimming with charm thanks to endearing cartoon graphics and delightful characterisation, but under the surface lies a rich and rewarding puzzle-heavy adventure game offering quite the challenge.

Although the puzzles tend to lean on a number of familiar tropes, Ittle Dew rarely feels monotonous or repetitive, thanks to the way mechanics are combined in new and interesting ways right up until the final boss battle. Indeed, while you only acquire three items over the course of the game, each of these has a few off-label uses, so to speak. Often a puzzle will seem entirely impenetrable, but it’s never anything that a bit of lateral thinking can’t fix.

Combat is similarly challenging. The boss battles are great, and toward the end of the game, they do get fairly demanding, requiring speedy reaction times and sometimes a bit of luck. The gameplay is fairly low stakes, however; dying will merely return you to the start of that puzzle room, boss battle, or (in the case of the final battle), the latest checkpoint.

It should be noted, however, that combat and movement in Ittle Dew never quite manage to feel intuitive. Despite being able to move on the diagonal, you can only attack along the vertical and horizontal axes, making it hard to feel as though you have complete control over the character. Likewise, hitboxes are occasionally just a bit weird; often Ittle’s attacks look as though they should be affecting an enemy but instead miss entirely. While it’s not a gamebreaking issue, this does lead to some frustrating moments, particularly in some of the later levels when you’re dealing with a large number of enemies at once.

Surprisingly, at such moments, the game also experiences notable framerate drops which do take some of the shine off the experience. I can’t speak for how the Switch port compares to other platforms, although as always, if you value graphics over portability, performance is something to keep in mind.

On a brighter note, Ittle Dew is also notable for the way it manages to cater to players of varying skill levels within the constraint of a single difficulty level. Not only is the game liberal with its hints, but puzzles often have more than one solution, much like in Breath of the Wild’s shrines. You may occasionally have to backtrack a little in order to implement the alternative solution, but it does mean that completionists particularly of a younger age will still be able to derive full enjoyment from this title.

Charming, amusing, challenging, and delightful are all words that should be used to describe Ittle Dew. Although short, the game provides a satisfying and heart-warming gameplay experience that belongs in the library of any adventure fan.

A puzzle-rich adventure title that’s brimming with charm, Ittle Dew offers a solid experience and plenty of amusement, thanks to its quirkiness, challenging combat, and interesting puzzles. With varying difficulty for all ages, it’s a must have for adventure fans.